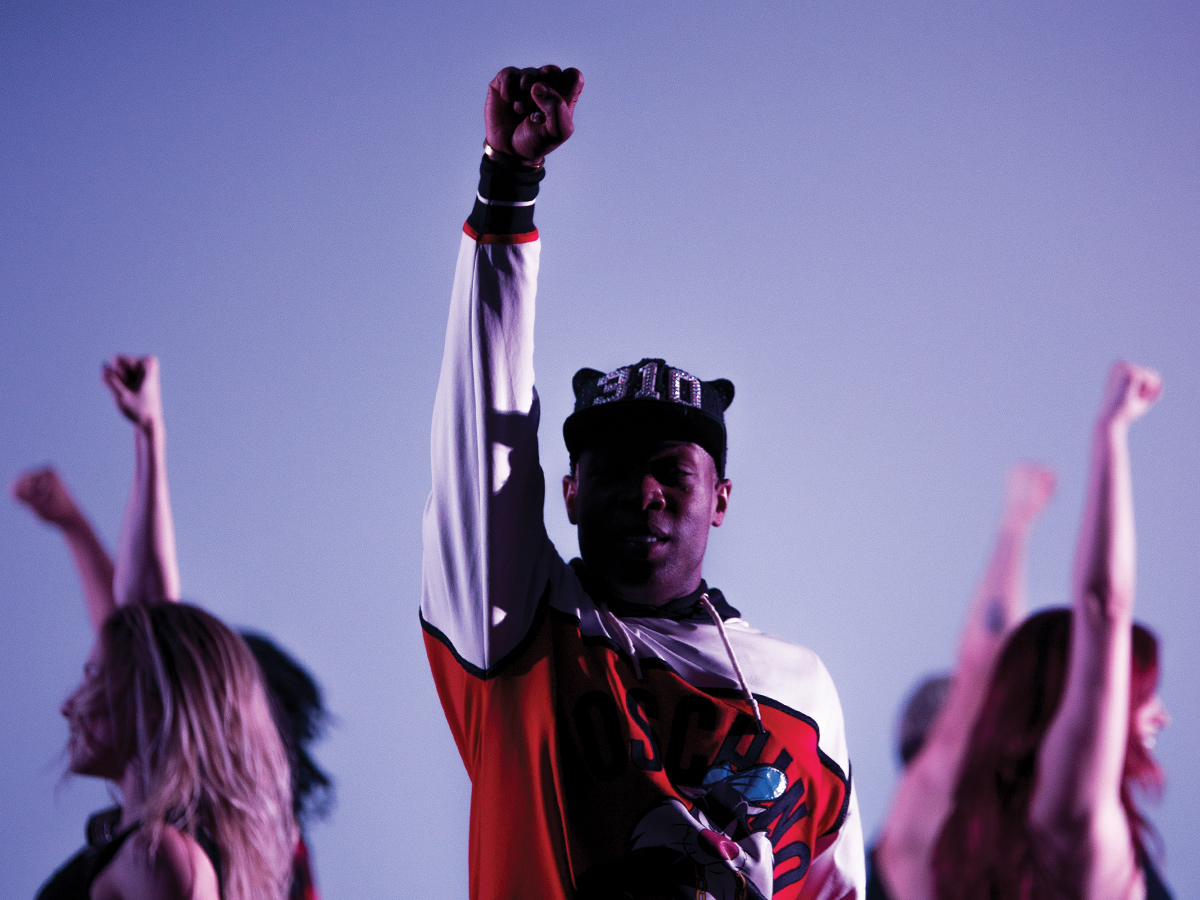 If you’re looking for a show full of fun remixes, outrageous outfits, music that will get your body moving in a way you didn’t know it could move and overall originality, Todrick Hall is the performer to watch. Hall is a singer, dancer, choreographer and director. He was an American Idol finalist and a Broadway actor and is known for the amazing video productions he posts on YouTube. Thanks to the LGBT Resource Center, UCR was lucky enough to present Todrick Hall: Fade into BlaqOUT.

Despite the gloomy sky and unpredictable rain patterns, I, along with two friends Sam and Audrey, braced the weather to see Hall perform in HUB 302. Given wristbands, we headed into the room. Once we saw the stage, which contained a catwalk, we knew we were in for a fun night. As people started walking in, the music from Rihanna, Nicki Minaj and Beyonce blasted through the speakers, making audience members sing and dance along in their seats. Of course with the rain, the turnout wasn’t as large as one might have hoped, but the energy and the screams made it seem as if the whole room was filled.

Waiting anxiously in our seats, we were ready to see Hall. When the lights finally dimmed, screams of excitement emerged and a montage of Hall’s videos played. As the video played, four dancers dressed in hooded cloaks took the stage and my friends and I couldn’t help but yell, “Where is he?!” And finally, a fifth hooded figure took the stage and it was him. Stripping the dark cloaks, Hall and the dancers took the stage and strutted down the catwalk like it was second nature.

Hall’s melodic voice filled the room as he sang an original song titled “Who Let the Freaks Out.” “I want everybody on their feet!” he shouted and everyone jumped up as he continued with a medley of songs, which included “Shut Up and Dance with Me” by Walk the Moon and “I Wanna Dance with Somebody” by Whitney Houston. Hall even danced with a lucky audience member who was dancing and having the time of her life in the front row.

With every song he sang, he had a coordinating outfit to match. He stepped out in a half pink, half black dress that represented Glinda the Good Witch and Wicked Witch of the West from the Wizard of Oz and sang another original song titled “Low” that tells the story in rap style. He took a spin on the classic song “Singing in the Rain” and performed his version that has over 5 million hits on YouTube titled, “Twerkin’ in the Rain.” This got the audience riled up, especially when he called out for some dancers in the audience. Three audience members rushed up on stage and danced and twerked like nothing I’d ever seen before. They made the whole room go crazy and no one was without a large smile on their face from the pure fun.

Afterward, Hall revealed seven key things to success. One was “believe in yourself.” The second was entrepreneurship, third was “yaaas!” that he jokingly remarked with “this is what happens when you let a gay person read the dictionary.” Fourth was own your own brand, fifth was network naturally, sixth was challenge yourself and the last tip was to evolve. Nearing the end of the show, he asked the audience to repeat the seven key things back to him as the screen simultaneously showed them. “And what do they all have in common?” he asked. On the screen, all seven steps lined up and the first word to every step spelled out the one and only Beyonce. The whole room went crazy as he performed his final song, which was Beyonce’s anthem “Formation.”

Todrick ended the night with a Q-and-A session where he spoke about the heart of the event and why he is a performer. He answered questions that mainly dealt with the struggles of coming out and what path to take in life. “Wake up every day and make some effort to do what makes you happy,” he said. He expressed the importance of being true to yourself and that alone will lead you to where you will go in life.
The original song he performed titled, “It Gets Better” perfectly describes the outlook on life one should have. Everyone in the audience got to meet him and snap a quick photo, including my friends and myself. Todrick Hall is an all-around performer who entertained everyone in attendance, but also gave everyone a boost of courage to go out into the world and simply be yourself.