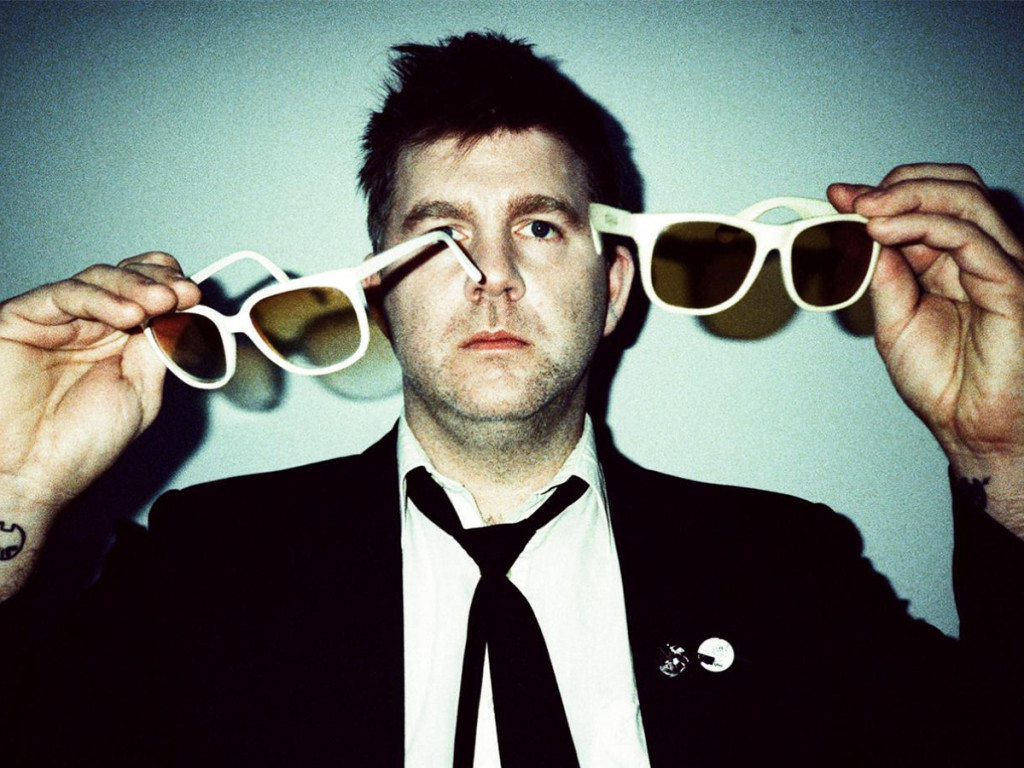 I’m losing my edge. New technologies have paved the way for unprecedented synthesis between high and low, the personal and public, known and unknown, a process that is far from over. Nothing is ever truly “gone,” everything can always be “remembered.” So if it’s going to be a funeral, let’s have the best funeral ever.

LCD Soundsystem started as a pet project of one James Murphy, then a 30-year-old Brooklynite who had spent his 20s bouncing around from gigs as the drummer for cult hardcore act (and clear LCD influence) Speedking, playing disco records to trust fund kids who were more interested in Pavement than they were Larry Levan, and turning down gigs to write for “Seinfeld.” In the early 2000s, Murphy, along with several friends, started the DFA record label, which would release some of the seminal recordings of the subgenre that would go on to be known as dance-punk —  an early Aughts explosion of colliding subcultures, dancefloors meeting mosh pits, indicative of the cultural shock being brought about by the internet. By 2005, after strictly releasing singles for several years, LCD Soundsystem’s debut self-titled LP was released on DFA to practically universal acclaim. It was Lou Reed meets Sylvester, fusing together influences at breakneck speeds. LCD would go on to greater heights, with 2007’s “Sound of Silver” and 2010’s “This Is Happening” becoming more expansive and introspective, and Murphy would inadvertently become one of the most distinct songwriters of the 2000s.

But bands, like musical trends, movements and people behind them, eventually fade away. In 2011, LCD Soundsystem played what was then supposed to be their final show to a sold-out crowd at Madison Square Garden, signalling the end of an era in indie music where the internet made everything — artists, records, fans — seem free from the constraints of aging. As we entered the 2010s, what was once the new Wild West became the same kind of gentrified landscape that Murphy sang about on “New York I Love You, But You’re Bringing Me Down.” The abundance of “newness” and ease at which anyone could consume it slowly shifted into algorithmic feeds, curated playlists. The bloggers sold out.

Yet somehow, life finds a way. LCD Soundsystem has returned “back from the dead.” To the cynics, this was to be expected, as nobody can choose when to walk away, and if they do, the allure of relevance is too hard to pass and corrupts even someone like Murphy. But more importantly, it forces millennials, such as myself, to reevaluate youth. If a band that personified youth technology, youth culture and youthful attitudes toward the past, the present and the future like LCD Soundsystem can find purpose after its supposed expiration date, can everyone else? When everyone you know (who, by the way, is more relevant than everyone that I know) is focused with drone-like precision on meeting standards of living by 25, it’s easy to forget that there is much much more beyond that. And LCD Soundsystem coming back, depending on how you choose to look at it, is either the biggest proof of this or completely refutes it.

Are one of the most important bands of the 21st century getting back together because they’ve been touched by some Prufrockian sense to live and make every moment count, or have they simply gone the way of those who came before, feebly attempting to reclaim former glory from a past life? Having had the extremely surreal fortune to attend an LCD Soundsystem concert approximately two weeks ago, a warm-up gig before they headed off into the Coachella Valley, and a gig that I’ve dreamed of being front and center at for over a decade, I can resoundly say that I believe in life after death.

It’s all worth it when you believe. Showing up six hours early, buying a 10-dollar beer so you can guarantee early entry, rushing to the center of the barricade and happily anticipating the still two hours left of waiting time. For nearly two and a half hours, Murphy and company run through a dream setlist, comprised of deep cuts and hits spanning their entire catalog. Every time a song begins, the crowd is in shock and can’t believe that they’re playing “that song,” so often overlooked in their catalog, or that they’re playing “that song,” the one that changed your life, that everyone knows word for word.
So I’m losing my edge, as did a very special era in American indie music, but that doesn’t mean that there isn’t room left for a second act, just don’t call it a reunion.