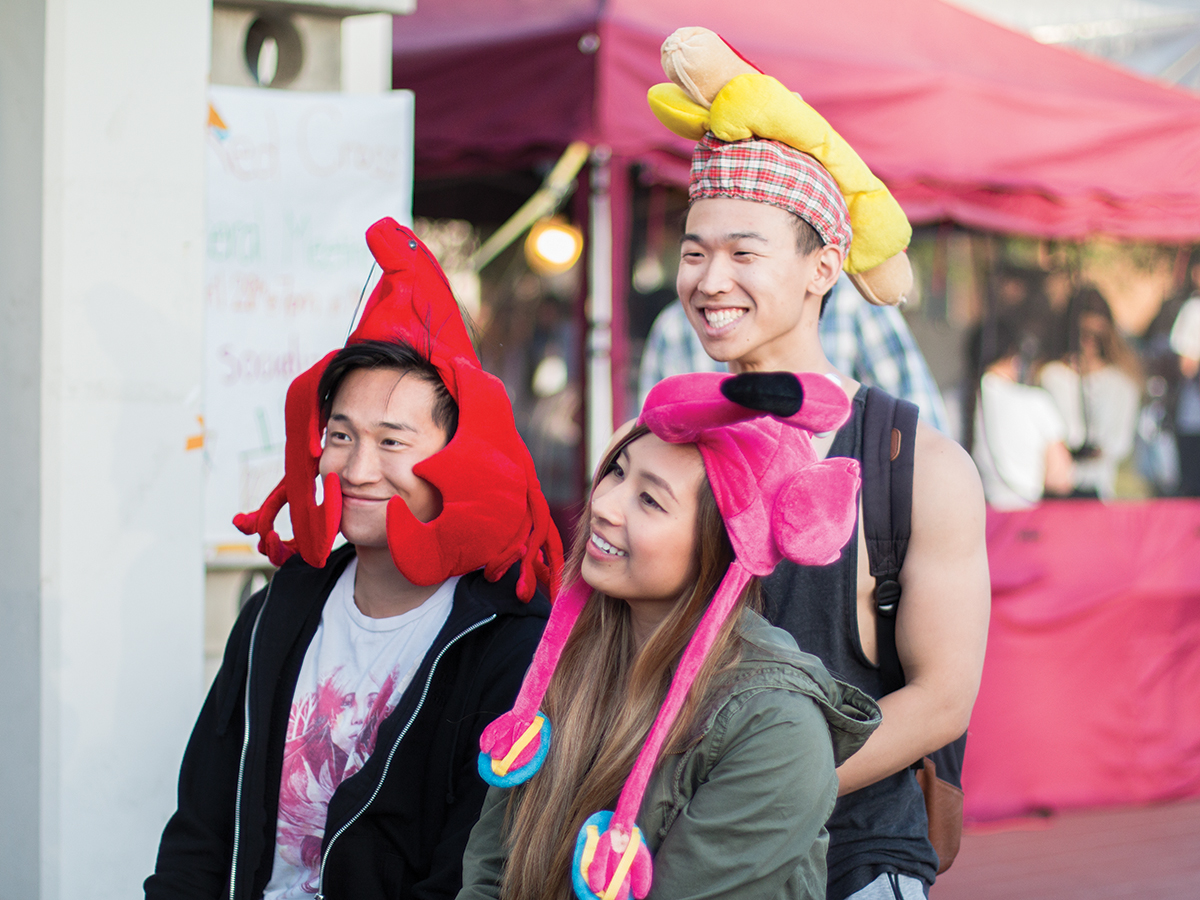 ASPB is known for bringing fun events such as the Try Guys from Buzzfeed and the stars from “Orange is the New Black” to UCR. Throughout the school year, ASPB provides these events for students to enjoy.  But this year, it was time for ASPB to celebrate their 30 years of great work, right at the foot of the Bell Tower.

The celebration took place on April 7, a Wednesday night, just as the sun was about to set. Walking in with my friends, I took a look around at the festivities taking place. The stage for the Student Org Performance Showcase was being set up as people slowly started to fill the extra tables. Not only did ASPB provide entertainment, but they provided free food as well, which is always a no-brainer.

Our first stop was the Carl’s Jr. truck where we waited in line for an hour just to get our Famous Star burgers. Trust me, it was worth it. Grabbing our chips and bottle of water that was provided, we were joined by my other friend as we made our way to watch the performances where the group Improv Anonymous was wrapping up.

Bracing the cold wind that was coming in, two representatives of Oceania Dance took the stage. Performing a couple of dances that ranged from Tahitian to traditional hula, they gave the audience a “little taste of Hawaii.” The Chinese Martial Arts club took the stage next and demonstrated the martial art of Wushu. With dramatic music, four members of the club impressed us with flips and kicks that must have taken a lot of training to master. “It’s like Power Rangers!” my friend Sarah remarked and we continued watching with interest.

Ballet Folklorico, a Mexican folk dance group, followed the martial arts performance. Four women with beautiful folklorico dresses captured the audience’s attention as they danced with energy and grace. They created a swirl of colors as they moved their colorful dresses to and fro. With shouts of “Hey!” during their performance and upbeat music that got the crowd dancing, they left the stage with thunderous applause and high-pitched whistles.

After watching a few performances, we decided to walk around see what else this event had to offer. Right next to the stage, there was a photobooth and while waiting in line we could see the fraternity Phi Sigma Pi perform. They performed Beyonce’s “Love on Top” and “Cupid Shuffle” and we danced along in line, making the time pass by quicker.

Around the Bell Tower there were other activities such as T-shirt making and caricature drawing, and the ASPB tent itself had a wheel that contained topics about Spring Splash. If you answered a question correctly, or even if you didn’t answer it, you still got to go home with some very nice ASPB merchandise such as water bottles and lip balm.

Ignoring the tempting smell of mini donuts, we headed over to the grassy field between Rivera Library and Watkins where there were two rides. One was a trampoline bungee harness and the other was called “Round Up,” a carnival ride that rapidly spins, causing people to be pinned to the wall as it rotates. As we drew near, the ride grew more intimidating and I wasn’t sure I could hold down that Carl’s Jr. burger. However, my friend Sam yelled, “We gotta do this!” and we got on despite my protests.

After “Round Up” left us too dizzy to do anything else, we decided that the ride was the best way to end the night. ASPB put on a great 30th celebration that united the students of UCR through performances, food and rides that make your head spin. It was an exciting event that made a Wednesday night feel like a Friday.