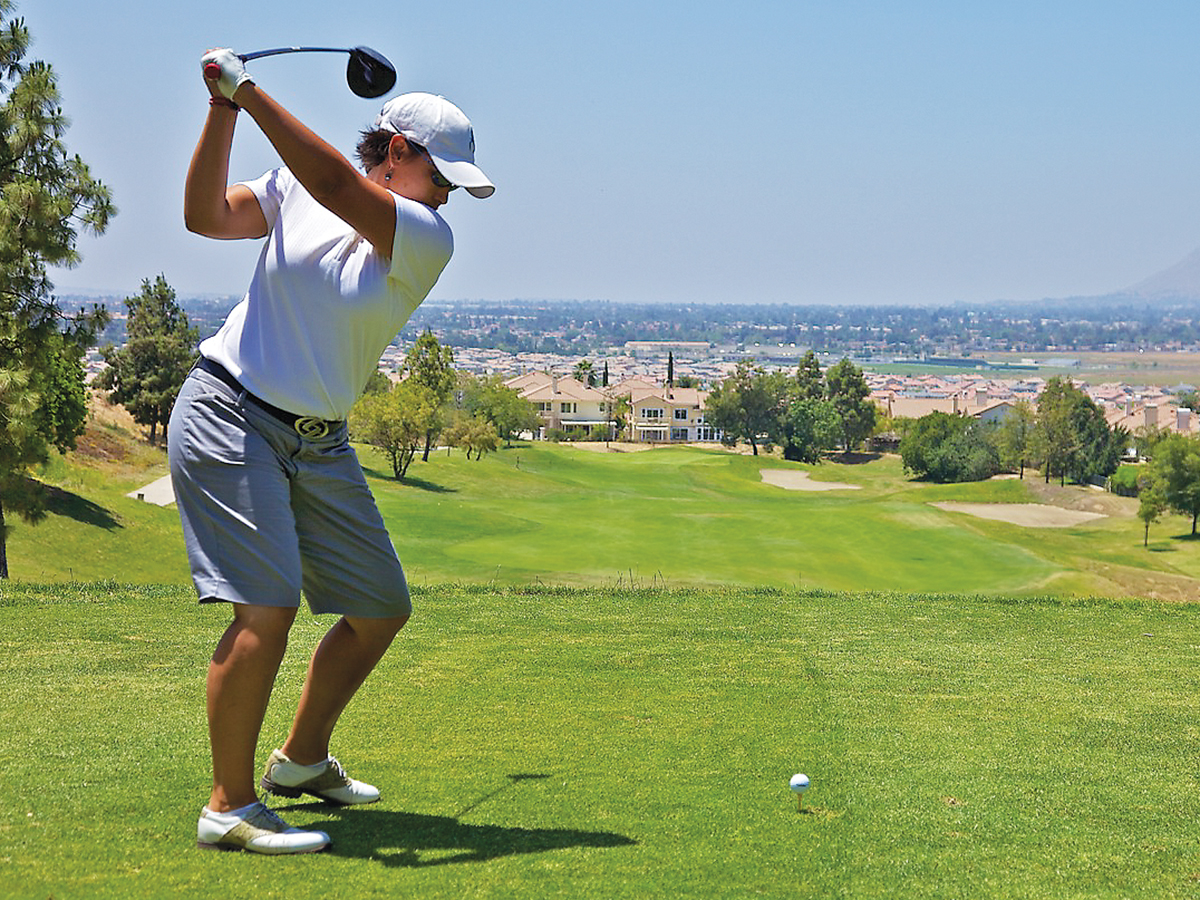 The first thing I noticed when I walked into women’s golf head coach Mary Ritchie’s office was a large, stand with a bright silver cup. It is a small silver trophy with the Big West logo imprinted in white on a foot-tall black stand where a plaque reads, “Women’s Golf Champions 2016.” In order to become champions of a Division I conference — or to succeed in athletics in any form at a high level — many people believe an athlete needs to be born with natural talent and possess a relentless drive that pushes one to dedicate their livelihood to the sport. However, the UCR women’s golf team attributes their success primarily to one thing: positivity.

Despite the individualized aspect of golf, the camaraderie shared throughout the team was essential toward not only building and improving on their games individually, but also establishing a confident mentality that makes this team resilient. One sign of such a mindset being established is the perseverance they showed throughout the year’s Big West tournament. After falling short of first in last year’s tournament, the team came into the final round of this year’s tournament in Kapalua, Hawaii three strokes off of first place. However, the Highlanders kept belief in their own abilities, emerging victorious after a hard-fought final day.

“I think we were just really focused on having fun, keeping things positive and really light and I think that’s when we play our best,” said junior Haley Wian. “I think we were really confident in sticking to our game plan, minimizing damages and just having fun out there.”

The Big West Tournament win was the first in school history, and is just one of a variety of school records and accomplishments that Ritchie and the team have achieved in just a period of two years. “We took third in conference last year, and I think it gave us the idea that we could do this,” said sophomore Hannah Facchini. “The other teams did play better than us, but we knew we could play better than them. I think going into this we realized that and were able to capitalize.”

The loss of two seniors from last year’s team was expected to hamper the Highlanders’ effort, but the young core never faltered, exhibiting a consistency through classes that is characteristic of an elite Division I program. When asked about what her thoughts were on establishing a tradition at UCR, Ritchie said, “These guys here, we were all part of creating history last year. To be perfectly honest, I don’t know what records we surpassed last year.”

However, the season is not over, and the team is working hard and working together to improve each other individually. The team is meticulous with their planning, building from their experience from last season.

“We have new gameplans that have been really helpful for our strategy. We look at where the field is falling apart on certain holes and capitalize on the opportunity and I think that’s something we are doing a little more effectively this year.” While there are no seniors on the teams, the older players on the team have experienced the jitters of the NCAA tournament before. “Obviously each year gets a little easier. This year I feel, at least for me there, was a lot less pressure,” said junior Paris Griffith. Others, like freshman Jakeisha Lee, use their teammates guidance to help prepare themselves for the largest stage of their career. “I honestly was a little more nervous,” she said, “But our team focuses on the mental aspect of the game, so I think I was a lot more prepared than I was at the beginning of the year.”

With no seniors on the team, the team can continue to bond and improve together, giving the team’s potential no ceiling. Ritchie has confidence in this sentiment, saying, “These guys are steadily improving and next year when you talk about possibilities, the conference championship … we’re expecting to win next year, and I think that our games will be even better next year. National ranking will be better, all of it will be better, and these guys getting to be part of creating that history and just raising the bar each year. It doesn’t get any more exciting than that.”