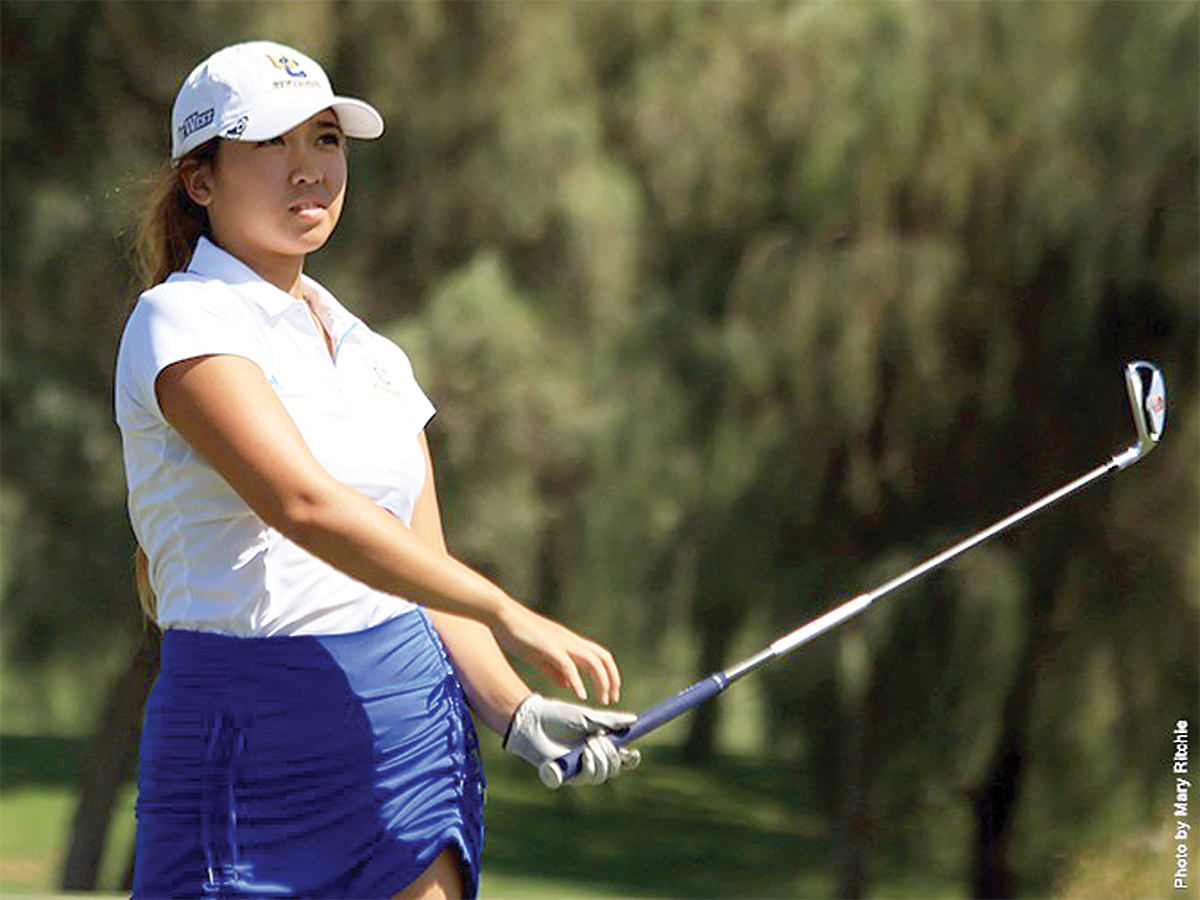 This season has been a historic one for the women’s golf team. With their first Big West championship just over two weeks ago, as well as qualifying for the NCAA tournament, to say this is the best team the program has had in its history is an understatement.

It’s not every season that a team gets the opportunity to compete for a Regional title and Head Coach Mary Ritchie understood this well. “We are stepping up to a new level, this being our first appearance at regionals,” Ritchie told gohighlanders.com, well aware of the challenge that was in front of them. She urged the team to stand strong and do what they’ve always done: “dig deep and rally hard.”

And rally they did, as the Highlanders opened up the first day with an impressive start among the individual leaderboards, with UCR’s Jakeishya Le posting a remarkable two-under-par 69, tying for second place that day. This would be her second straight round at two-under-par, harking back to the conference championship in Hawaii, where she fired a 70 in the final round.

Le was humble about her strong start as she told the press, “It was helpful to make those opening pars. I was able to stay within myself and go after the birdies at the right time.” Despite such a strong individual performance, the team only managed to place 16th overall during the first day, ending the round at 306.

The second round didn’t bode well for UCR as they would drop a spot, finishing 17th overall at the end of the day, with Le also dropping to 11th on the individual leaderboard. On her second nine she made double on the second and bogeyed six and eight to finish the round at 75, bringing her score to two-over-par.

She continued to lead the team for the third straight round, shooting a three-over-par 74. Her three-day total of 218 tied her for 15th overall making this the best finish for a Highlander in the NCAA tournament in the history of the program. The previous record was set last year, by Savannah Vilaubi, who became the first UCR golfer to qualify for the NCAA regional by finishing in a tie for 34th.

Even with such fervor, the team only managed to place 16th out of 18 teams in the tournament, however, this did not discourage Ritchie. “It’s important that we grow from this because we will be in this position (at an NCAA Regional) again … we have proven that we have what it takes to compete.”

Without a doubt, they have proven themselves to be capable of holding their own with top-tier teams. The program has pushed the boundary of what was thought capable of them and with the entire group returning next season, they look forward to seeing how much further they can go in the coming years.