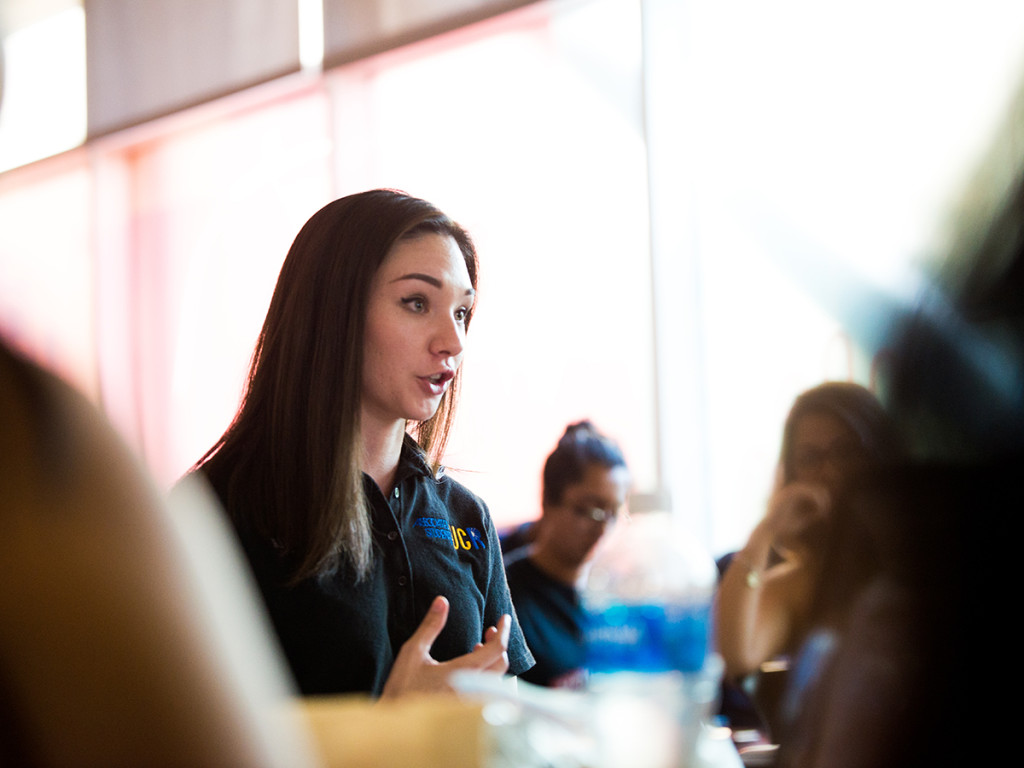 At the ASUCR senate meeting, which convened in the Tartan and Tweed Room at the Student Special Services building on Wednesday, May 11, a resolution authored by ASUCR President Ashley Harano was discussed and ultimately failed to pass with a vote of 0-7-6. This resolution called upon the Interfraternity Council (IFC) to amend its constitution and allow for the Kappa Sigma fraternity to apply to join IFC and enjoy the privileges afforded to other IFC-affiliated fraternities on campus.

Before roll call, which usually commences ASUCR meetings, Executive Vice President Taylor Valmores publicly apologized for stating that he didn’t believe Harano drafted the resolution in messages that Harano later posted on Facebook. This led her and others to accuse Valmores of misogyny. “My personal comments were made on the wording of the resolution, not on the author’s ability to write it. My comments don’t reflect a negative view of the author and I have nothing but the highest respect for Ashley, her presidency and the great work she’s done for students of the UCR community,” stated Valmores.

Riverside Councilman Paul M. Davis, who is running for mayor of Riverside, spoke in favor of adding Kappa Sigma to the IFC. Highlighting their volunteer hours at community events, which according to the resolution equals more than any other on-campus Greek fraternity, Davis elaborated, “I think that recognizing them as a full and accepted fraternity is important. Not only for inclusivity but also for the betterment of all the society of Riverside and UCR … I have no problem if the city of Riverside is brought forward. I would ask for a resolution as such on their behalf to be submitted to the chancellor and maybe that would help as well.”

When asked by ex-officio member and first-year student, John Tannous, if Davis could stay to hear the entirety of the arguments made for and against the resolution, Davis said he’d like to but he had to be downtown to attend a debate.

The president of Kappa Sigma fraternity, Rashid Alam, delivered his speech shortly after Davis’ remarks. He expressed that he joined the fraternity to find a family and help the community. Making it clear that members of Kappa Sigma did not ask for this resolution nor did they participate in its drafting, he stated, “ASUCR is not Kappa Sigma and Kappa Sigma is not ASUCR.” He also asked voting members of the senate who are also in Kappa Sigma, which include President Pro Tempore Corey Willis and Senator Alan Alcantara, to recuse themselves from voting on the resolution.

After his speech was finished, a majority of the approximately 25 Kappa Sigma members who attended the meeting exited the building.

The current president of the IFC, Clayton Yantzer, attended the meeting to express his feelings on the resolution and to clarify how the IFC operates. He stated that in order for IFC to allow for expansion and for another fraternity to join the council, the other chapters would have to be in a much better state than they currently are in, with seven out of nine recognized UCR fraternities currently on probation and some having been penalized with a “loss of privileges.” He also commented that there is a moratorium for any and all fraternities who wish to join, not just Kappa Sigma; however, he said that expansion has been a priority for himself as IFC president.

In order to give more historical context, 2015 IFC President and Vote Director of ASUCR External Affairs Office Wade Harris elucidated why Kappa Sigma had been historically excluded. He said that previous IFC presidents have had similar experiences with members of Kappa Sigma using their ASUCR positions to meet with Fraternity and Sorority Involvement Center (FSIC) members and to “gain ground on the IFC.” This point was later disputed by Vice President of Internal Affairs and Kappa Sigma member Michael Ervin, who stated that no one from Kappa Sigma has used their ASUCR position “more than would be fair” to advance anything forward for the fraternity.

Highlighting an incident in 2012 when the Kappa Sigma founding fathers were threatened with expulsion if they did not immediately disband, Harano emphasized that her intention was not to force the hand of IFC but to provide Kappa Sigma a “fair and equal opportunity” to join it. Harris reminded the senate that the IFC has its own legislative and judicial branches to handle matters such as this and also expressed, “IFC is an exclusive organization … We’re fraternities, we’re not inclusive, we’re not a chess club … and there’s a reason why these processes and these national institutions are the way they are.”

Later in the meeting, Arlene Angulo, who was responsible for creating the hashtag #ashleysdatingaksig, addressed her reasoning for doing so, saying that its purpose was to point out a conflict of interest. She also went on to say that calling Kappa Sigma a discriminated minority group is problematic because they are the most represented Greek-lettered organization in the senate, with four members holding positions and accused the fraternity of having privileged connections to Chancellor Kim Wilcox. “You all are invited to (the Chancellor’s) holiday party and you guys are invited to his dinner in a couple of weeks … You do get to talk to him and you do have that influence,” said Angulo.

Vice President of External Affairs, Summer Shafer, gave her thoughts on the situation, saying, “In political spaces, I found that even when men do not intend to, or pride themselves on being progressive, they can still do problematic things that should be acknowledged. I’ve experienced too often being constantly interrupted and being constantly ignored only for someone to mansplain what I just said … I know that feeling and I think that that is valid and that should be recognized and a hashtag … is completely inappropriate for this scenario because someone is not defined by who they’re dating.”

Harano also replied to Angulo’s statements, saying, “It’s obviously offensive and you obviously know it offended me … I understand if you disagree with me but understand that these are my feelings and when you (created that hashtag), I interpreted that as my value is in who I’m dating and I can tell you that my value is much more than that.” Harano clarified that she accepted Valmores’ apology and also pointed out that many Greek organizations are represented on the horseshoe and in ASUCR offices, not just Kappa Sigma.

Senator Dalshawn Boson voiced his frustration that the resolution was inappropriately taking up time during the senate meeting, stating, “This is very appalling that the student body president would write a resolution about a fraternity … A resolution could be written about the Middle Eastern Student Center (MESC) to get them into Costo Hall. There are students who are ostracized from affordable living due to housing ordinances and then to point to the fact there is Greek representation on the horseshoe is also a problem. There’s no one up here from (Chicano Student Programs), (Asian Pacific Student Programs), MESC … That’s an issue.”

Willis, who claimed to not support the resolution, requested that it be tabled indefinitely, but was met with objection by Harano and other senators. When the resolution was called to a vote, Harano asked that it be a closed ballot vote; however, that motion was not seconded by anyone in the senate. The resolution failed with a vote of 0-7-6.