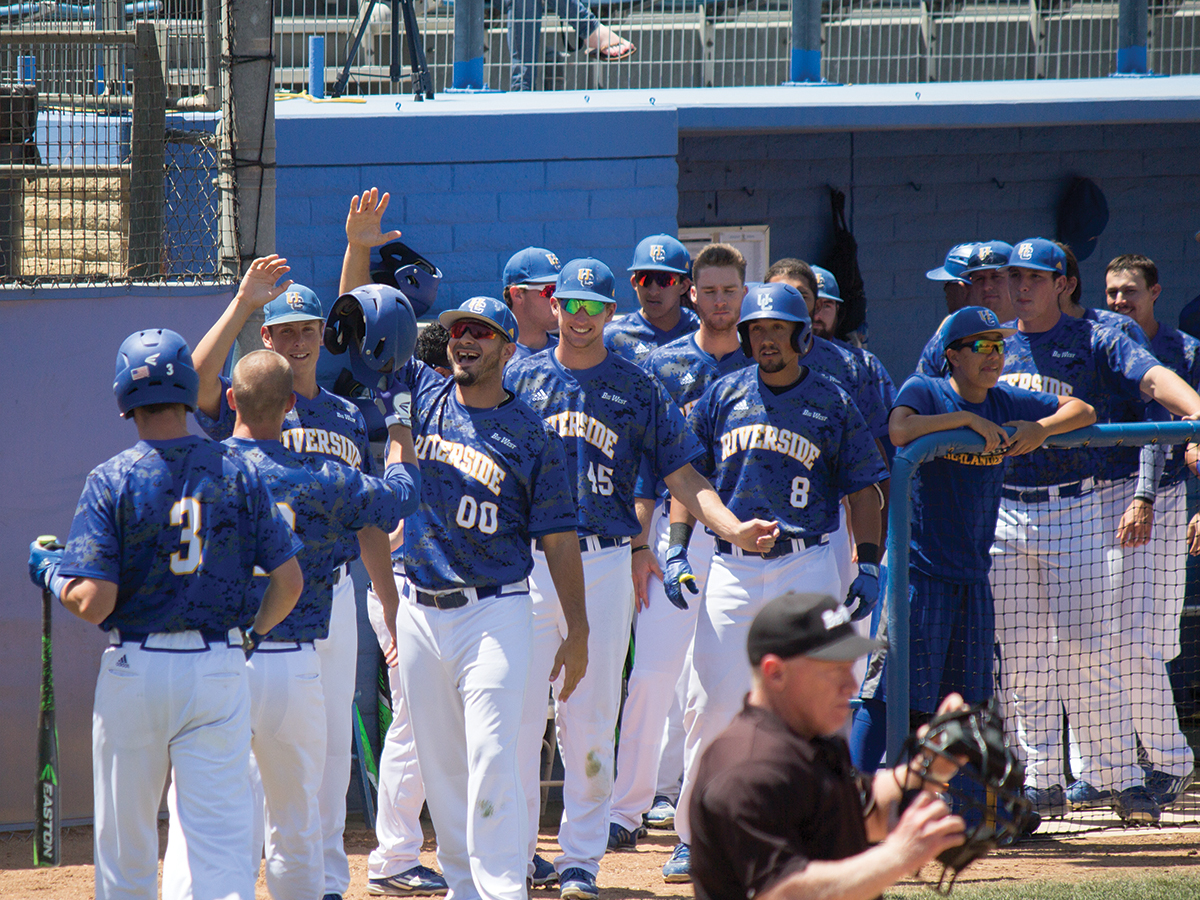 The two pitchers battled in a tense pitching duel, though it was the Gauchos who struck first, scoring a run in both the fourth and sixth innings. Second baseman Drake Zarate scored the Highlanders’ only run against Santa Barbara with a solo homer in the ninth. Zarate, right fielder Austin Colvin and first baseman Thomas Walker each tallied two hits, though their efforts fell short as the bats kissed no homers within the first eight innings. The team looks to capitalize on their defensive efforts with stronger offensive results.

Following the loss, UC Riverside finished off the 2016 campaign with an exclamation point, shutting out the Gauchos 6-0 Saturday afternoon. The Highlanders had forgotten all about Friday afternoon’s blunders as they struck early and often. UCR spread the wealth on offense, recording six runs on 11 hits with six different players each registering their own run. Left fielder Mark Contreras and first baseman Aaron Cisneros did the heavy lifting for the Highlanders as they cashed in three and two hits, respectively.

The Gauchos’ offense struggled mightily all game, failing to convert any runs the entire afternoon, in large part due to the performance of starter Angel Landazuri who allowed just five hits in seven innings, granting one walk in the process. Pitcher Alex Fagalde closed out the game with three strikeouts against seven batters to finish off a balanced all-around performance for the Highlanders. Although the Highlanders breezed through with superb pitching, the same cannot be said about the Gauchos as UCR capitalized on early miscues. A dropped ball and a wild pitch early in the first inning set up Vince Fernandez who shredded a single down the left that drove in a run. The Highlanders never looked back from there as they scored five more times that afternoon, totaling two runs in the fourth and fifth innings, respectively and one more in the eighth.

UC Riverside ended their 2016 season earning a 12-12 conference record — their best since 2010, when they finished 13-11. UC Riverside experienced their last conference championship in 2007 when they finished 38-21 with a 16-5 conference record. They qualified for the NCAA Division I Baseball Tournament, though fell short in the second round of the Tempe Super Regional against Arizona State. The Highlanders hope to recreate some of that 2007 magic next season as they wrapped up an admirable regular season with outstanding pitching and improved batting.