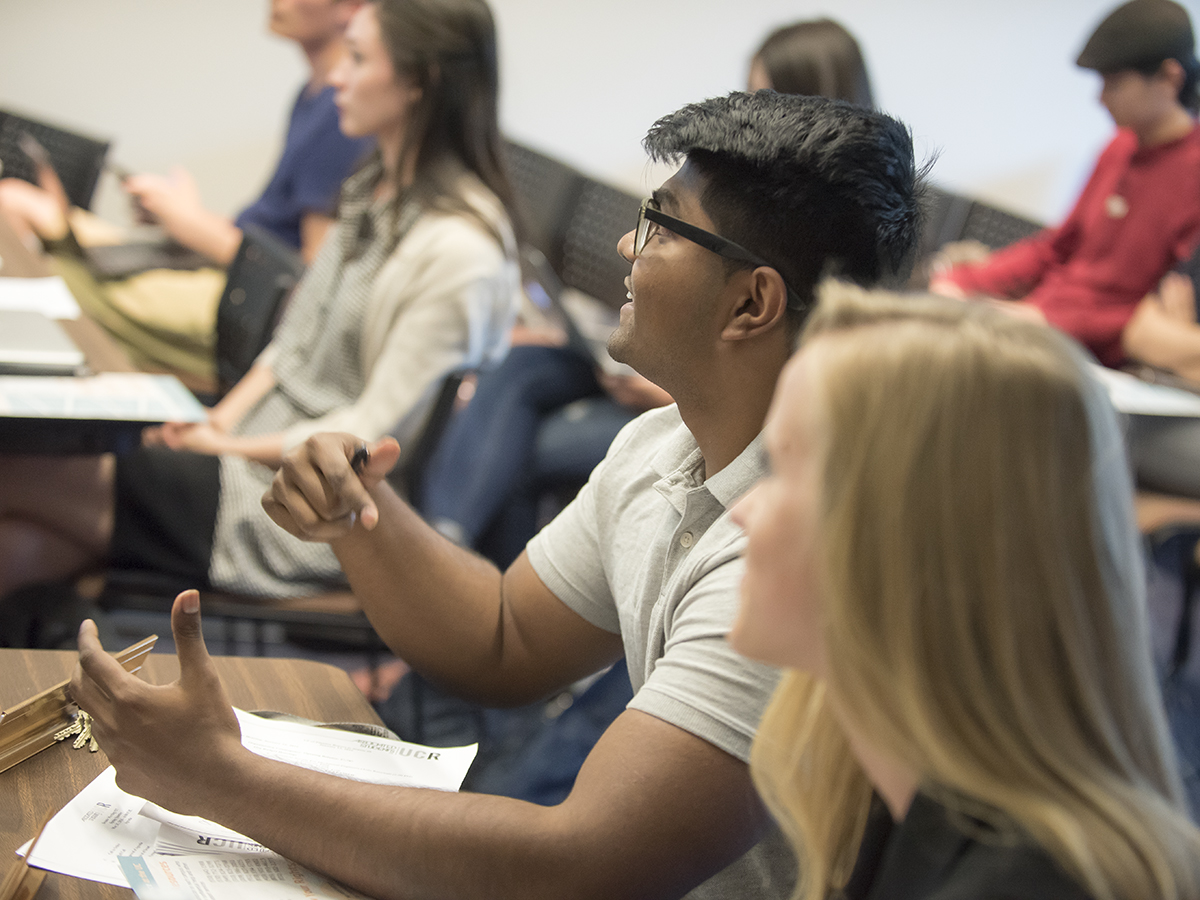 In the final ASUCR meeting of the year, the senate did not appoint prospective judicial justice candidate Sung Kim and voted on proposed changes to ASUCR’s 2016-2017 budget.

At the beginning of the meeting, during ex-officio reports, Justice Hayden Jackson voiced his concerns over an Op-Ed that was published in last week’s issue of the Highlander Newspaper entitled, “BSUCR, you’re not fooling anyone.” His concerns stemmed over how the content of the article could cause “undue damage to ASUCR and the members in it.” Jackson contacted the Highlander on Monday, May 23 to point out his perceived areas of falsity, of which the Highlander has since investigated and corrected where found necessary.

Elections Director Melina Reyes read aloud a letter that she had released to the UC Board of Regents calling for action on basic needs insecurity within the UC system. “Students who are preoccupied with basic needs such as making sure they have a roof over their heads and food in their stomachs cannot and do not perform their full potential academically,” Reyes explained.

Reyes ultimately called on the UC Regents and respective campus chancellors to step up to ensure that the basic needs of students are met by taking steps that include halting rising tuition, putting pressure on textbook publishers to stop profiteering off of students, providing sustainable and long-term sources of funding to emergency relief sources and expanding additional resources and assuring that resources are allocated to allow for comprehensive and transparent resource allocation research to be conducted so that the target areas can be properly addressed.

Next, third-year student Sung Kim, who was selected by the executive cabinet (ECAB) to fill the justice position — which will be vacated when Justice Catherine Ghipriel graduates at the end of the quarter — spoke to the members of the horseshoe before they voted on his appointment. After a brief introduction, a Q-and-A was held to help the voting members assess whether or not Kim’s appointment would be approved.

Debate that occurred centered around the argument that a justice should not be appointed for future vacancies, but that it would be unconstitutional for next year’s ECAB to appoint four justices, when they are only allowed to appoint three each year.

Harano explained her rationale for wanting to appoint Kim. “The reason why I think it’s necessary and also the members of the ECAB think it’s necessary to appoint a justice … to begin at the end of this year is because if we do not do so, there will be four justices appointed by next year’s ECAB and then two appointed by this year’s ECAB, which is just not … in the intention of what the constitution says.”

Vice President of Internal Affairs Michael Ervin argued, “When a vacancy occurs, that’s when you appoint. It happens sometimes … sometimes we leave our positions early and that is definitely not the intention of the constitution that it should be three from each ECAB; it’s that each ECAB gets to appoint three. If a vacancy occurs, then you can appoint another one, but we can’t appoint for future vacancies.”

Harano called for the ratification of Kim as the new justice, which was received with a vote of 4-4-1, falling short of the required two-thirds majority vote.

During the Legislative Review Committee (LRC) report, numerous resolutions were introduced to the senate. One of the resolutions presented was entitled “Resolution to Increase ASUCR Resolution Transparency and Record-Keeping” and would require that ASUCR provide detailed information on resolutions that have been passed in the senate such as how it was voted on, keep records on failed resolutions and to provide resources that would allow hearing-impaired students to obtain this detailed information. The next resolution presented aimed to increase athletic awareness at UCR through means such as encouraging the Highlander and KUCR to obtain more coverage on athletic events, using loyalty points amongst UCR organizations to increase attendance and creating a committee within ASUCR to discuss issues regarding UCR athletics.

Both of the resolutions passed unanimously without debate.

Vice President of Finance Shafi Karim presented the finance committee report that outlined the changes being made to the proposed 2016-2017 ASUCR budget. Harano requested that the budget not be voted on collectively, but that voting be held on particular individual items that invoked dispute.

A majorly debated line item was over the creation of a $1,485 stipend that would be paid to the chief justice, while the other justices would continue to not receive any compensation for their work in ASUCR.

“I would actually rather personally see the money split up between the judicials who are doing the work,” voiced CNAS Senator Nevin Perera. Harano spoke in favor of this budget by explaining how she feels that pay is based on the position, not the amount of work done by each of the position members. An example that she used for this was how all of the senators are paid the same amount, even though their efforts are not all equal.

This budget was approved with a vote of 3-3-3, with Valmores voting to break the tie in favor of the budget.

Another item brought to discussion was a proposed increase in the R’Gear budget from $31,671 to $51,000. Karim justified the nearly $20,000 in additional funding to this program by explaining how quickly R’Gear ran out this year and “the increase amount of first-year … about a thousand more.” He further emphasized that he did not want to only focus on first-years, but also wanted to open up the program more to other students.

“I would like to add the very fact that we’ll be adding over 750 new first-years come fall 2016 will merit need for the increase,” added Ervin.

Harano also expressed her thoughts on the proposed budget by saying “I think R’Gear is an important project to have, but jumping from $30,000 to $50,000 is ridiculous and I think it’s putting a lot of opportunity for scrutiny of this senate if you all approve $50,000 to go to a sweatshirt. I could see it going from maybe $30,000 to $40,000 … that seems more realistic.”

The R’Gear budget ultimately failed after receiving a vote of 2-7-1. Monies used for R’Gear last year were obtained from ASUCR contingency funds, and will now require the same process to pay for the program if it is to continue into the future.

Other items that were approved unanimously during the meeting included the addition of the Green Campus Action Plan (GCAP) director budget, the shortening of the marketing and promotions director position from a 12-month position to a nine-month one, allocations made to clubs and organization and the passage of the 2016-2017 ASUCR operating budget.

-Transfer and Non-Traditional Student Director Mahera Khan reported that the first ever transfer student banquet was a success with over 90 students in attendance .

-Vice President of External Affairs Summer Shafer was appointed by Harano as next year’s chair for the Chancellor’s Committee on Sexual Harassment and Sexual Violence Prevention and was symbolically voted on by the senate with unanimous approval.

-A resolution in support of the California bag ban and calling for the Riverside City Council to pass a city-wide single-use bag ban was passed unanimously.