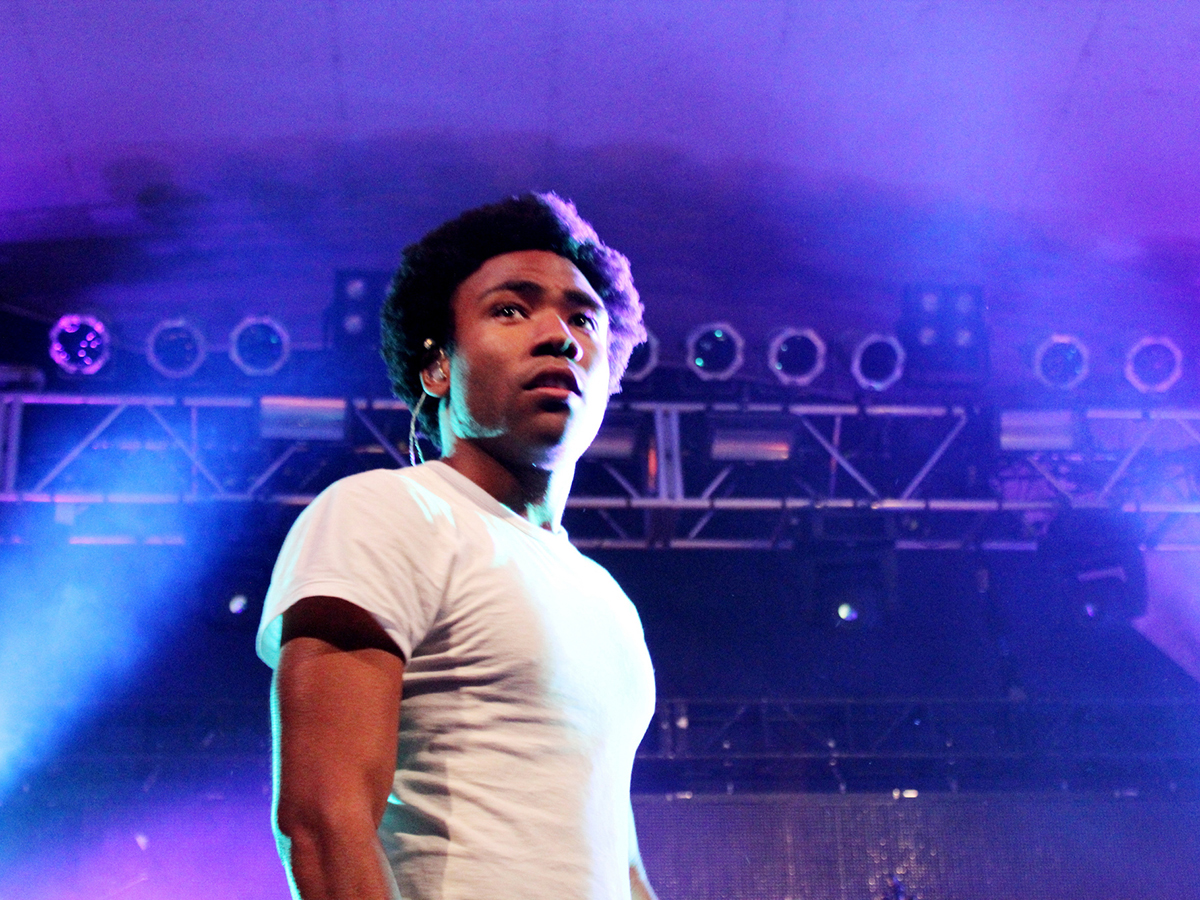 Childish Gambino’s “PHAROS” event  was not your usual concert. The “tour” only lasted a weekend and was only in one venue: Joshua Tree. While some may consider Joshua Tree the middle of nowhere, this set location offered the perfect atmosphere to enhance his already mysterious concert.

For access to the event, you needed to download the official “PHAROS” app which provided a virtual ticket. A guidebook was given with a set of rules that helped concertgoers properly enjoy the experience. The most notable rules were to wear blue, no irony and only “real” talk when able. The ticket also gave an option to camp at Joshua Tree for the night after the concert, an added bonus to the overall experience.

After being greeted by the friendly staff and pitching my tent, my friends and I headed for the “Hub” area. The Hub had food trucks, ping pong tables, charging stations to offer fellow attendees. Just next to the Hub was the concert “dome” with a massive line stretching from its entrance, hours before the concert was set to start.

After a few hours of waiting and the setting of the sun, the dome lit up with black lights surrounding it, as well as searchlights which were purposely placed to create a pyramid over the dome. The concert was about to begin.

Upon reaching the revolving doors leading into the dome, security had us stow away our cell phones to ensure that no one would record and leak Gambino’s new music or the concert itself.

Inside the dome, we were introduced to a full 360° projected environment of stars stretching across the inside of the dome’s walls. On the stage where Gambino was set to perform, a glowing pyramid rested on a pillar near a small set of bleachers along with mountainous formations on the stage

Another hour passed and the dome was filled with concertgoers standing shoulder-to-shoulder. It felt like we were penguins trying to stay warm during the winter. The attendees were becoming restless, shouting “World Star” trying to summon Gambino to the stage. The lights dimmed, the stars changed to a mountainous setting, the choir and the band stepped on stage; the concert was finally going to begin.

The choir bursted out in symphony, queuing the band to start playing. After a few gospel-sounding lyrics, Gambino appeared on stage wearing a tribal costume complete with war paint and long dreadlocks. Gambino let out a killer vocalized yell which created a frenzy in the crowd.

Childish Gambino premiered only new songs during his performance which was a blessing to behold. His new music is not like his old work. He moved forward from his hip-hop persona and channeled a new soulful aesthetic. The gospel choir, the ‘70s funk-influenced band and Gambino’s stellar vocals worked together to bring forth a new sound entirely.

Gambino’s performance in Joshua Tree was a grand gesture at the intimacy of concert and music experience as a whole. The concert itself was filled with Gambino’s highly energetic spirit as he jumped and danced across stage, a echoic choir, a strong band, a packed crowd and interchanging dome visuals of rain, dancing skeletons, tribesmen and spirits. Gambino’s hour-long performance never had a dull moment.

After the concert, the crowd thinned out of the dome and headed toward the watering hole where the series premiere screening of Gambino’s new original series “Atlanta” was held. After the screening, we returned to the Hub and back to the tents under the stars.

Childish Gambino’s concert was one of the best concerts that I have been to. Not only did he deliver a strong performance, but he delivered a fully immersive experience that started long before the concert, and left me yearning for more afterward.