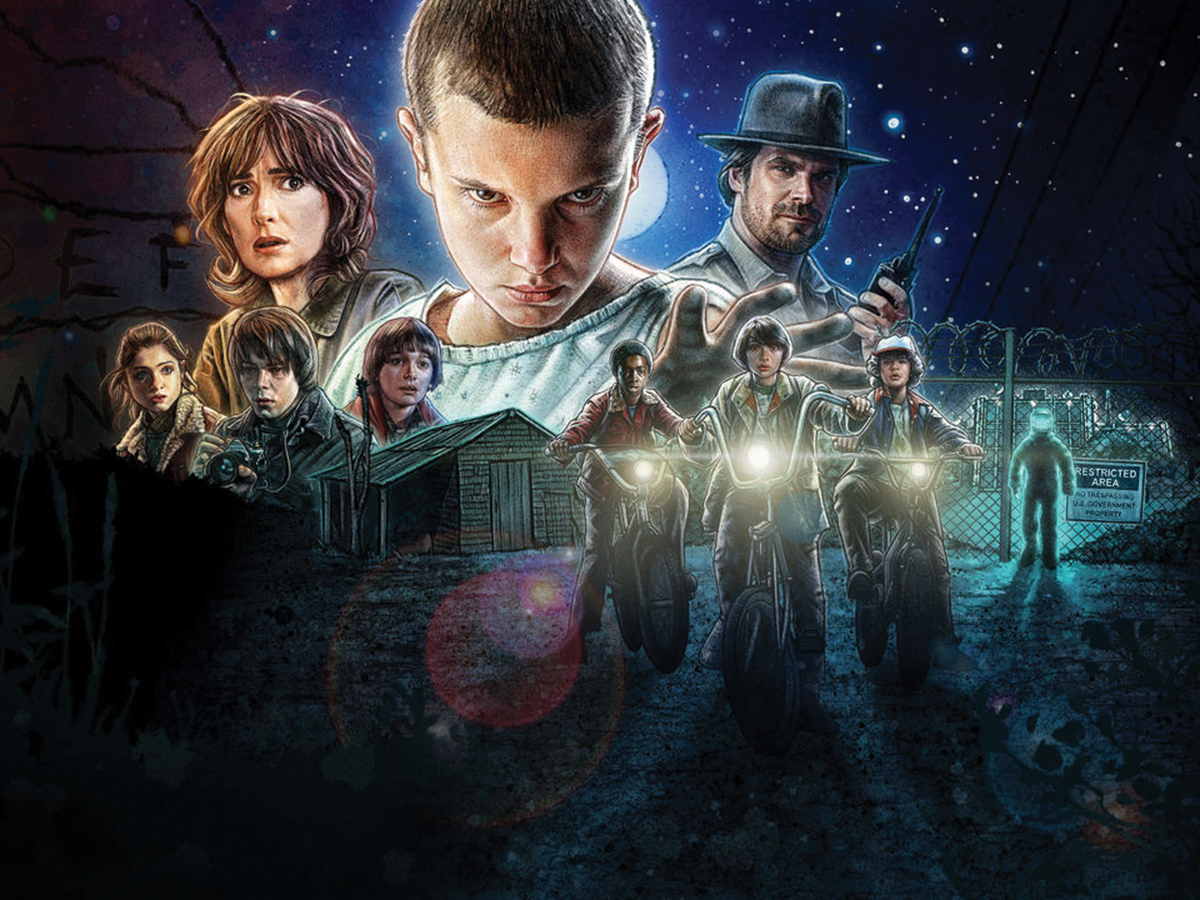 The ‘80s were a time of magic and mystery in the film industry. With the likes of “Star Wars” and “E.T. The Extra Terrestrial,” films had a sense of adventure, awe and audiences with an urge to explore the unknown. This past summer, Netflix revisited that era of adventure and wonder with their newest original series, “Stranger Things,” a homage to that era of films and popular culture.

“Stranger Things” follows the mysterious events that ensue after the disappearance of 12-year-old Will Byers (Noah Schnapp) in the quiet suburban town of Hawkins, Indiana. What follows is a blend of genres and motifs that made the 1980s so influential from the likes of Steven Spielberg films, science fiction horror and coming-of-age teen movies. In fact, the strongest element of the show is its ability to coalesce these different genres from the 1980s so masterfully.

The most notable perspective comes as a collective from Byers’ three closest friends, Mike Wheeler (Finn Wolfhard), Dustin Henderson (Gaten Matarazzo) and Lucas Sinclair (Caleb McLaughlin) as, going against their parents’ wishes, they set out to find their missing friend. Along the way they find a mysterious girl with extraordinary mind-bending abilities whom they call “Eleven” (Millie Bobby Brown) due to the number tattooed on her arm.

The perspective of the children comes across as super nostalgic as the awe and sense of adventure that drive their plot forward is reminiscent of Spielberg films such as “E.T.” Moreover, what makes it so much better is the acting. Special credit is due for Brown, whose role as Eleven easily marks one of the most memorable TV roles on television this year due to the mysterious, tortured and surprising nature of the character as the show progresses.

Furthermore, the narrative traces the teenagers of the story with Mike’s older sister Nancy Wheeler (Natalia Dyer), her boyfriend Steve Harrington (Joe Keery) and Will’s older and more reserved brother, Jonathan Byers (Charlie Heaton). With influences from the likes of the classic ‘80s teen movie, “The Breakfast Club,” the teenagers’ perspective heats up from the children’s viewpoints by introducing romance, heartbreak, sex, alcohol and other teen tropes. As good as Dyer and Heaton are in their respective roles, Keery comes out of the gate as the surprising one. His character development is fascinating in how it breaks away from the stereotypical two-dimensional jock role. He is brash and offensive, but also retains a level of emotional complexity. In fact, he actually comes to care more than you would originally think for Dyer’s character and resents some of the bullying he’s done, especially toward Heaton’s character.

Lastly, we have the adults who take on the more mature genre of science fiction horror as Police Chief Jim Hopper (David Harbour) and Will’s mother Joyce Byers (Winona Ryder) get to the bottom of the investigation of Will’s disappearance only to discover there is something more malevolent going on than just his disappearance. Ryder is particularly effective in the role of Will’s mother as her sanity is tested throughout the show and you can’t help but feel hopeless for her situation. Harbour as Hopper is also effective, particularly because we gradually get more hints about his past which reveal why finding Will is so important to him.

“Stranger Things” goes into dangerous territory as it tries to capitalize on ‘80s nostalgia, an attempt that could very well have failed. Fortunately, the show does it well by cleverly combining many genres of the era to create a captivating and compelling story. It’s not too in your face that you would consider it a rip-off of the films mentioned before but more of an honorary homage to the era.

That aside, everything from the set pieces, to the story, to the atmospheric music and the acting, helps “Stranger Things” make its case for the best new show on television this year, and one of Netflix’s best outings for an original series.