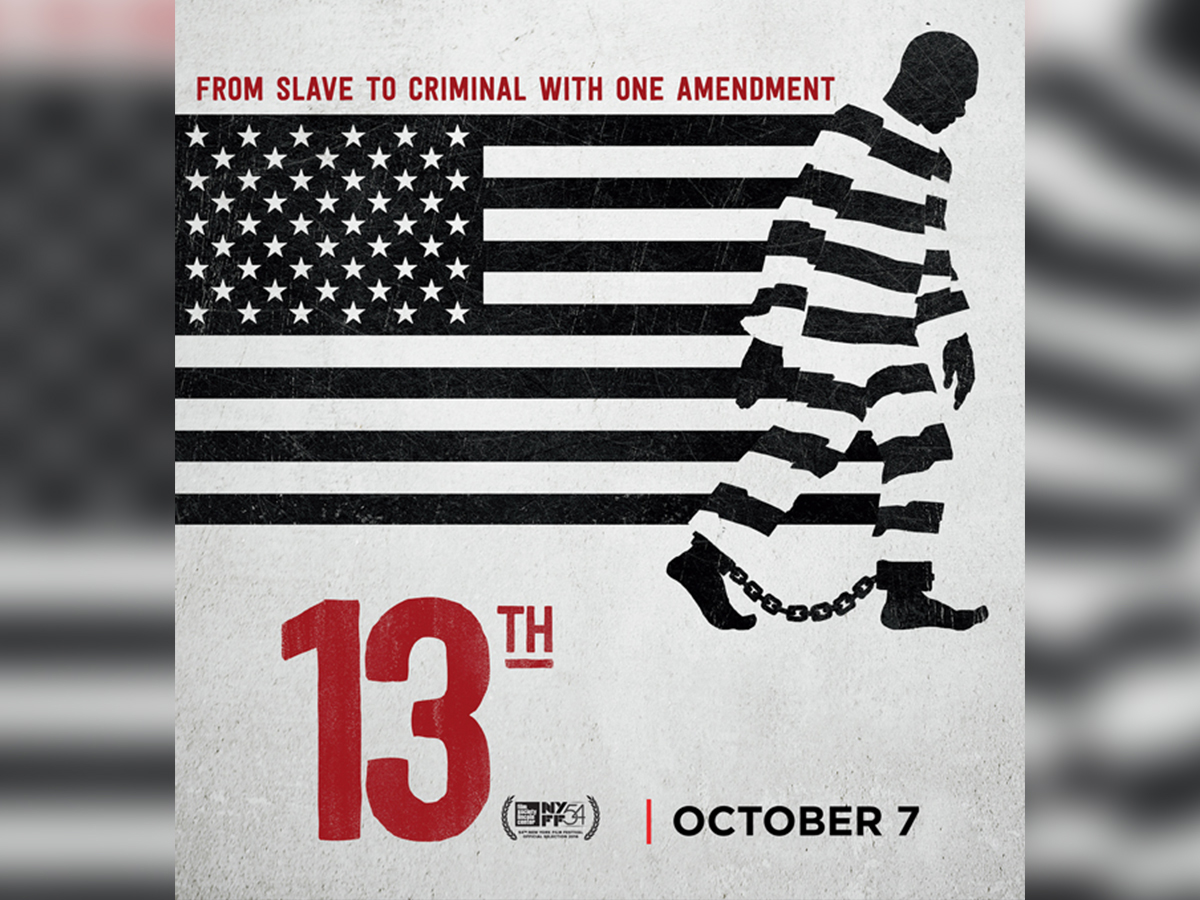 “13th” tells the harrowing tale of modern day slavery in America’s prison industry. From the beginning, powerful imagery traces the roots of inequality back to the antebellum South. Filmmaker Ava DuVernay does a brilliant job of conveying this systematic injustice in an easy-to-comprehend format by focusing on the money-making machine that is the current prison system.

The title of the documentary, “13th” references the constitutional amendment that abolished slavery, unless you were a criminal. In the film, University of Connecticut Professor Jelani Cobb aptly calls this section of the 13th Amendment a “loophole” that was exploited to help regrow the economy of the South. The documentary attempts to span the entire history of African-American’s in the United States. The narrative DuVernay traces is similar to a brief history lesson that takes it up a few notches by showing the deeper implications of injustice. By covering everything from “convict leasing” to the negative depiction of African-American’s in the media, the documentary is ambitious from the beginning.

Although the film is composed of interview-style footage of prominent activists and old footage, I found myself engrossed by the captivating story. The documentary feels alive with the undertones of anger and passion of the activists. A leaked recording of Ronald Reagan’s campaign manager Lee Atwater is particularly chilling. “You start out in 1954 by saying ‘nigger, nigger nigger,” Atwater said. “By 1968 you can’t say ‘nigger,’ that hurts you. It backfires. So you say stuff like forced-busing, states rights and all that stuff. You’re getting so abstract now. You’re talking about cutting taxes. And all these things you’re talking about are totally economic things and the byproduct of them is blacks get hurt worse than whites.” His words leave no uncertainty that mass incarceration was deliberately used against black people during his campaign. His comments make up the backbone of the argument for the hidden motives of the prison system.

Furthermore, DuVernay’s work explored the progression of systemic injustice into the war on drugs that was popularized by Richard Nixon and put into action by Ronald Reagan.

New laws mandated that the sentencing time for possession of crack cocaine would be far longer than possession of cocaine. In effect, this served to affect the black population of the inner cities versus the suburban areas where cocaine was more popular.
By using vivid imagery and interviews of activists, the documentary manages to compress a wide amount of information into a cohesive argument. Scenes of police beating children and power hosing protesters portray a chilling image of the plight of African-Americans in history. Before the advent of social media, instances of injustice were slow to circulate and largely went unknown. With the increase in popularity of Facebook, Instagram and YouTube, police violence rarely goes unnoticed. As a result, unwarranted violence toward people of color has become a topic of discussion for almost everyone. Yet, the increasing cases of police violence are not a random phenomenon. They are just more easily circulated through the internet and are a symptom of decades of unfair policies and abuses of power. “13th” takes great strides in addressing the root cause and evolution of the current injustices.