Wednesday, Nov. 9 marked the day of the release party for the seventh edition of the Guardian Princess Alliance book series. The new princess that was being showcased was a full-figured, disabled girl named Leilani, who is the protagonist of the new book, “Princess Leilani and the Lanu Tree.” Similar to her native land that is surrounded by nature, the UCR Botanic Gardens was the perfect place to showcase the premier of the Polynesian heroine.

Decorations such as blue and green table covers and multicolored flowers, were accompanied with Polynesian music and food — such as chicken katsu and spam musubi from Ono Hawaiian BBQ — giving the event a very inviting and authentic feel for all who entered. Since the event was mostly centered around children, there were activities catered to them like a coloring area and a station that taught the kids to make leis with saran wrap and plastic ribbons. There was also a beautiful dance performance by students from the Pacific Island Student Association (PISA), as well as a book signing with the authors of the series and a trailer for the book created by the Guardian Princesses Alliance and student volunteers.

Books are the first step to changing the tides on children’s stories.

The audience was comfortable and eager to be involved during the event, enthusiastically participating in the activities as well as observing the storyboard concept art displayed on a table. They all seemed to enjoy the act of coming together for a common cause, having the opportunity to celebrate diversity. Third-year English major, Abigail Mendez stated that the event was, “Very cool. It’s something that I haven’t seen before — the Pacific Islander Culture.” When asked how she felt about the book itself and the series, Mendez expressed that she felt that the release of this new character is a good step away from mainstream books.

This is what UCR associate professor of media and cultural studies, Setsu Shigematsu, the main coordinator, was aiming for when she spoke out about the importance of diversity and representation in children’s stories. During a personal interview, Shigematsu revealed her inspiration behind the Guardian Princess Alliance stems from a particular interaction she had with her daughter, who was about four years old at the time. Despite having tried exposing her daughter to a more culturally diverse environment by giving her dolls of the princesses of color such as Jasmine, Mulan, Pocahontas and Tiana, Shigematsu’s daughter shockingly said, “Mommy, I only like the white princesses.”

This instance inspired Shigematsu to create a more diverse version of the typical Disney princesses. Instead of following the usual formula of a “waiting for my prince” princess, Shigematsu decided to create a band of superheroines, each completely different and special in their own right. For example, their East Asian princess, Tenten, is gender non-conforming and never wears dresses. However, despite each princess breaking numerous molds of tradition, Princess Leilani’s predecessors have all fit the traditional standard of beauty, which is why Leilani is such a significant addition to the Guardian Princesses. Leilani is a colorblind, full-figured princess who finds true love and art in her craft of healing because of her little brother — the responsibilities of being a big sister and feeling the need to protect her younger sibling set her off on adventures of becoming a healer.

The Guardian Princesses are groundbreaking because it is difficult to find true images of representation in children’s literature. After all, according to Shigematsu’s research on children’s literature, only about 10 percent of works over the past several decades have multicultural or multiracial content. She set out to create a new generation of princesses that she wants her own daughter to aspire to be like. Shigematsu said the Guardian Princess Alliance “strives to create princesses that are strong, brave, intelligent, compassionate and stand up for what is right.” Shigematsu also stated she hopes to reach out to other multimedia platforms in the future but as of now, “Books are the first step to changing the tides on children’s stories.” 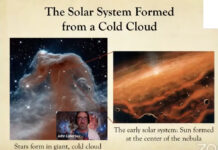 Virtual Stargazing: An insightful tour of the moon 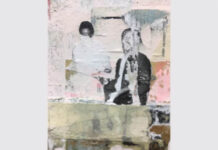 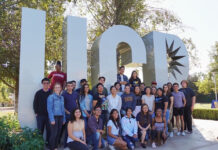