In 2013, Crying dropped “Get Olde,” a chiptune hybrid that had strong elements of indie rock in the mix. Chiptune, for those unfamiliar with the genre, is a type of electronic music that emulates the sound of retro video game sound files. The best way to describe this EP is simply, “fun.” Galloway’s synthesized GameBoy licks are sharp and memorable, as are Santos’ dreamy vocals and lighthearted lyrics.

The following year saw a remaster of “Get Olde,” courtesy of Run for Cover Records, released alongside their second EP, “Second Winde.” Great as it was, “Second Wind” was more or less the same as “Get Olde,” if a little more guitar heavy. Overall, Crying’s first two releases cemented Crying as a unique chiptune band worthy of praise for ingenuity and charisma.

The trajectory of their sound shifted with their most recent release, “Beyond the Fleeting Gales.” Released on Run for Cover Records, the album is an excellent showcase for the band’s creative style. While I thoroughly enjoyed their chiptune roots, their explosive new record sees every member at their A-game. “Beyond the Fleeting Gales” strikes the perfect balance between ethereal melodies and righteous prog-rock inspired hooks and solos. Galloway shreds on songs like “Patriot” while Santos soothes on songs like “Wool in the Wash” and “Well and Spring.” Listening to this album is a breath of fresh air and it’s great to see such talented contemporary artists like Crying have fun experimenting with formulaic rock tropes. 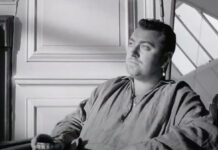 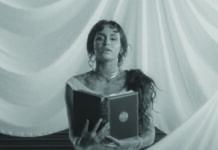