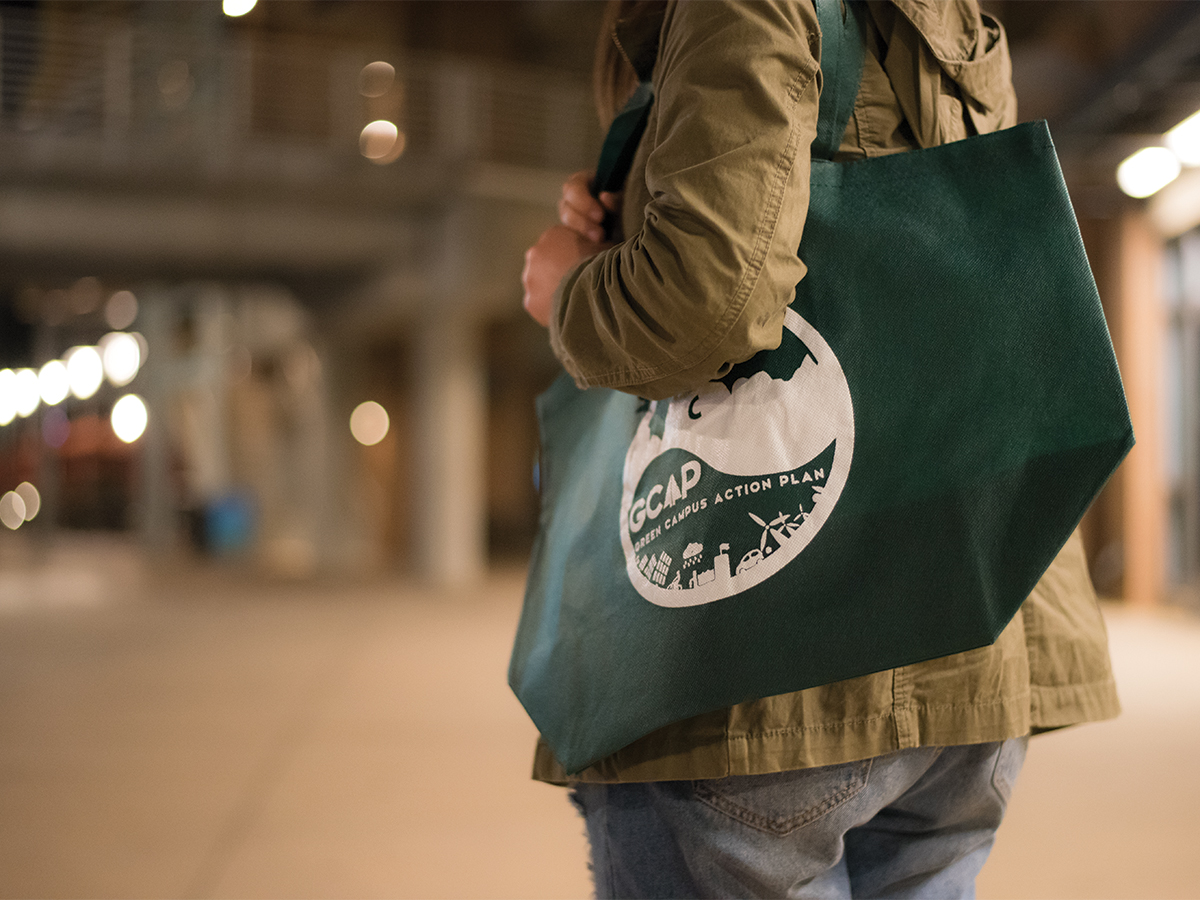 On Monday, Jan. 9 and Wednesday, Jan. 11, members of the Green Campus Action Plan (GCAP) committee handed out free tote bags to students at the campus bookstore. The program was initiated by ASUCR CHASS Senator and GCAP Committee Member Semi Cole after the passage of Proposition 67 in the November election, banning stores from freely handing out single-use plastic bags.

“We’re not really a political organization, but once we saw that it was something that incorporated kind of what we’re about, we felt like we had to take a stance on it,” explained GCAP Director Bryan Martinez.

Cole described how the GCAP committee was attempting to provide students with a tangible product with their work toward sustainability and to mitigate the use of plastic bags. “We are actually making sizeable efforts trying to do something about curbing the effects of climate change. So passing out those tote bags might seem like a small thing, but it’s the conversations that go along with that which really carry the weight of what we’re doing,” Cole elucidated.

Around 550 bags, each displaying the GCAP logo on the front, were passed out in total. In the future, the GCAP committee plans to make this a quarterly program, with more consideration put into where the bags come from. According to Cole, other projects that are currently in the works include hosting a sustainability summit, tree planting, having a solar powered concert and inviting climate activists to speak on campus.