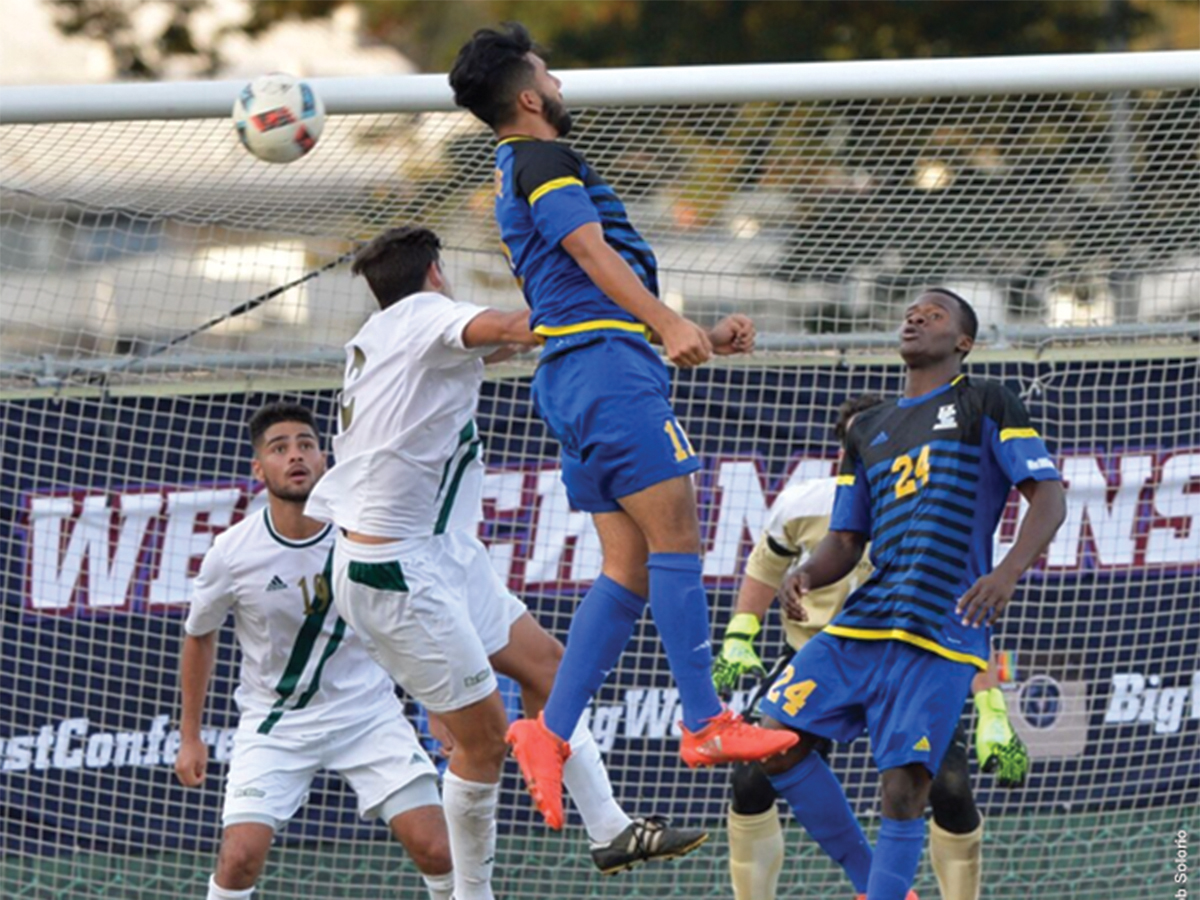 The UCR men’s soccer team’s (9-10-1) season ended on the heels of a hard-fought match against the Sacramento State Hornets (9-8-2) Saturday, Nov. 5. A large portion of the team caught an unlucky case of food poisoning before the game that evidently impacted their play on the field. Nevertheless, the Highlanders found no shortage of effort as they fought resiliently to keep their season alive.

The Hornets struck first when forward Alex Bettencourt nailed a goal in the 10th minute of the first half. UCR managed to even the match on a beautifully assisted ball from midfielder Ricardo Ruiz to fellow midfielder Romario Lomeli with just over 10 minutes left in the first half. An unfortunate handball call set up Hornets’ midfielder Ivan Ramirez for a penalty kick that broke the tie in the 77th minute of the game. The Highlanders’ efforts fell short in a devastating loss that proved to be an uphill battle before the game began.

With the score tied 1-1 leading up to the second half, the Highlanders looked to continue their aggressiveness and push for a lead. Cupello explained that they did not make any halftime adjustments, stating, “We felt we were going to continue to play the way we were, get the second goal to hopefully get the lead. I felt we created a lot of chances, unfortunately with the official referee decision that gave them a penalty kick, I think it’s a harsh way for the guys to suffer their season ending.” It was a heartbreaking loss, although the Highlanders have reason to look forward to the upcoming season with bright young talents and a cohesive unit onboard.

The Highlanders started the season rough, losing four of their first six games, but turned on the juice en route to a 9-5-1 record. When asked what was missing during their skid, Head Coach Tim Cupello responded, “We just weren’t putting the ball in the back of the net. I thought we were playing very well in the past couple of weeks, just not finishing our chances.” The tough loss encapsulated what was an encouraging season that was derailed with missed opportunities.

With 17 of the 22 players on the roster suffering from food poisoning, the Highlanders could not find a way to even up the score late in the game. When asked whether they made any adjustments in preparation leading up to the game, Cupello responded, “No, we actually prepared very well, we were in good form, guys were very excited, motivated for this game. Unfortunately, we had 17 of our 22 guys on our roster who were vomiting and suffering from food poisoning so I think that may have impacted things a little bit.” The team was clearly not at full strength, but credit the roster for fighting in every minute, falling short on a few opportunities to equalize the score.

UCR found the blueprint for success early, ringing up marvelous offensive performances that alleviated the pressure on the defense. As they look onto the new season, there’s hope that the Highlanders can go even further next year.