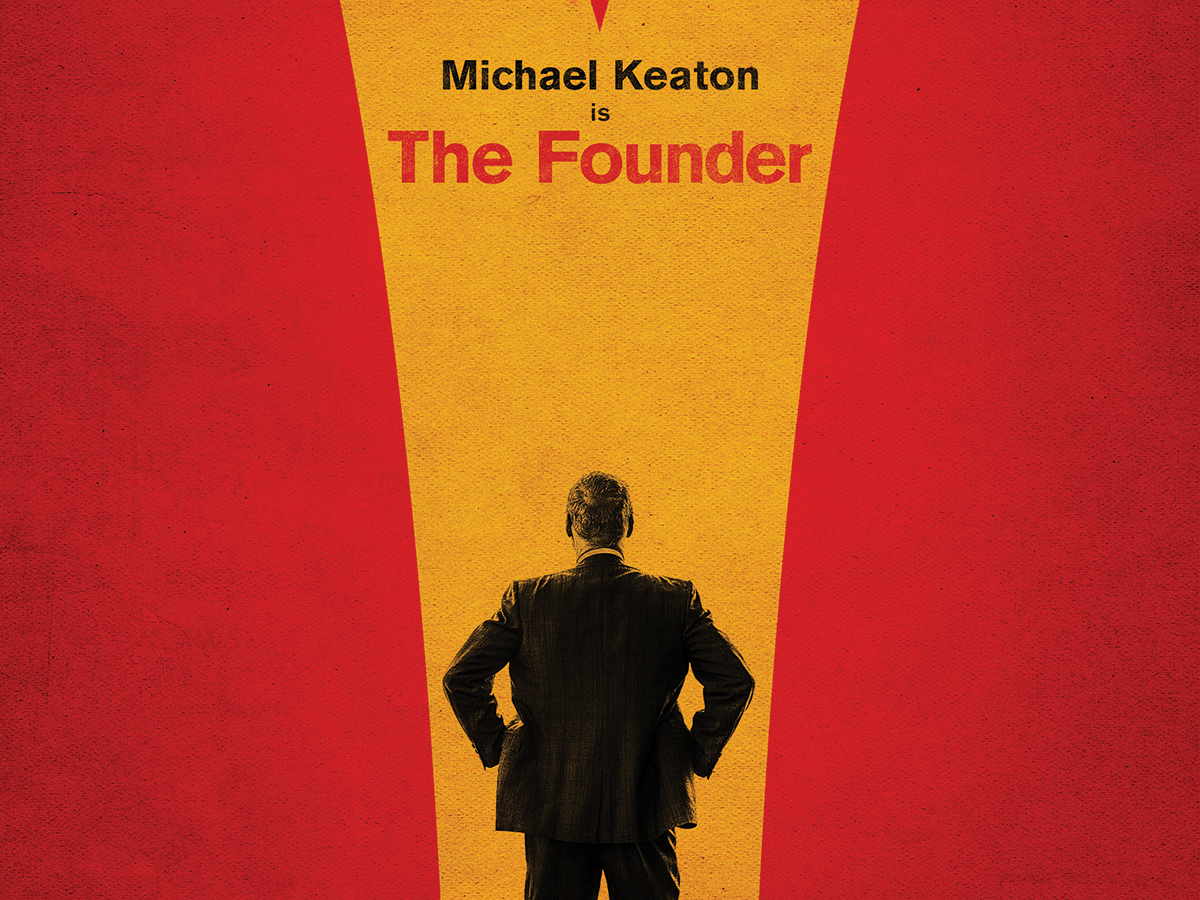 “The Founder” is as American as a film can get, for better or for worse. As Richard Brody points out in his review for The Atlantic, it proves that director John Lee Hancock found his niche narrative – that of discovery of one’s untapped potential. But in this film, the “founder” (pun definitely intended), of said potential takes the exploitative rather than inspirational route, and when it gets down to brass tacks, nothing is more American than good ol’ fashioned exploitation.

To my dismay, Michael Keaton does not star as Ronald McDonald, but instead plays traveling salesman Ray Kroc. He’s no Willy Loman, but business isn’t exactly booming either. When his services are needed by a San Bernardino-based burger joint by the name of McDonald’s, Kroc joins the establishment and seeks to build a franchise with owners Dick (Nick Offerman) and Maurice (John Carroll Lynch) McDonald.

As “Birdman” made abundantly clear, Keaton isn’t exactly a star anymore. It also pointed out how terrific of an actor the former “Batman” star can be. Once again, Keaton is given the opportunity to shine in a leading role; he’s got the chops to get the audience rooting for him as a man of dedication and hating him as a duplicitous slime ball. Hancock never champions the man, but he never outright pans him either. “The Founder” feels like an unofficial addition to the series of films that scrutinize the men who have founded their success by stepping on others – namely films like, “There Will Be Blood,” “The Social Network” and “Jobs.” In all fairness, if you’ve seen at least one of these films, you’ve more or less seen “The Founder,” which isn’t to debase the film but rather to say that this story isn’t new anymore – we all know how grimy these types of people can be. What this film does boast is a number of commendable performances from the likes of Offerman and Lynch as well as Laura Dern as Kroc’s (first) wife, Ethel Kroc.

The McDonald brothers’ dynamic, cliche as it may be in its binary depiction of a nice-brother-mean-brother relationship, is an entertaining one. Offerman’s no-nonsense self is wholly present, albeit less a comedic curmudgeon and more a stern boss. To foil this is his optimistic honey bun brother Maurice, who Lynch plays with a surprising amount of sincerity and commitment. Dick and Kroc butt heads almost as soon as they become business partners, with long distance phone calls punctuated by a slam of the receiver (a fun, recurring motif) and an “everything is going to be alright” from brother Maurice.

“The Founder” strikes a nice balance between the grander scheme of things concerning Kroc’s empire and his strained relationship with his wife. Typically, this is a lazy way to elicit sympathy for a character otherwise unlikeable, as if a crumbling marriage is enough to save an intolerable protagonist. But Dean and Keaton’s performances paired with Robert Spiegel’s cogent script save it from veering too close to cliche, subverting expectations more than once along the way. Their marriage was handled with more depth than most biopics offer, resulting in a surprisingly emotional subplot to capture who Kroc was as a husband and as a businessman.

This is not the condemnation of capitalism that many would have liked it to be. It focuses less so on the wrongdoings of the McDonald corporation and more so on, well, the founder. Only the cruel irony is he didn’t “find” it. With that in mind, it’s funnier, admittedly, more so than it is preachy or finger-pointy. It paints a contained picture of the individual without embellishing him with devil horns – he does that to himself – while leaving it to the audience to judge his actions and draw conclusions on American capitalism.