ASUCR began their second senate meeting of the quarter at 6:35 p.m. in the Tartan and Tweed Room in the Student Special Services Building on Wednesday, Feb. 1, with the room change to accommodate the dozens of students expected to attend. Once again, resolution W17-007 calling for the removal of Sabra hummus from being sold around campus — due to its parent company’s financial ties to the Israeli military — was a focal point of discussion during the meeting, and ultimately passed with a closed vote of 13-0-1.

Prior to public forum, senate bills W17-020 and W17-022 were tabled and Sandra Monroy was approved as interim chief of staff for Interim Acting President Arturo Gomez.

Second-year public policy student and ASUCR National Affairs Director Julia Schemmer began the discussion saying, “We should not waste our time with resolutions that, while have been edited, still contain no facts, minimal citations and a skewed history that requires more time than what can be allocated … to dissecting and understanding the wholeness of the issue and the time we have as elected representatives.” Later in the meeting, Schemmer also read aloud a letter from the Graduate Student Association explaining, “The issue is much too complex to arrive at … an honest and fair conclusion in the relatively short time allocated to the issue.”

Another speaker mentioned that the passage of this resolution would be dangerous to campus unity. “We should not let a Middle Eastern vegetable dip ban divide us, instead we should be working on initiatives for our campus groups to come together,” said Ellen Horowitz, president of UCR’s Hillel.

The first speaker in favor of the resolution was a Palestinian student that argued, “By selling Sabra hummus, UCR is facilitating the oppression of the Palestinian people. Do not sit here and be told that your action of taking Sabra hummus off the shelves has no significant effect on Israel getting funding.” Another speaker argued that the resolution was to bring justice to Palestine through the removal of the brand of hummus.

“By passing this resolution, we as a student community would be refusing to support a company and a product that is so highly involved (and) supportive of the Israeli military assaults on Palestinians and control over Palestinians lives through discrimination and occupation,” spoke another student.

An opposer of the resolution explained that they were not trying to mislead senators by only informing them of things they stipulated as true saying, “The accusation that Sabra’s ties to the Israeli military are indirect, I want to say that this is something that we never denied … of course they were direct. The only way they could’ve been direct is if the Israeli military was the one themselves selling you Sabra hummus in Scotty’s, which is what we were never saying.”

The president of the Students for Justice in Palestine discussed how Palestinians were being oppressed and the other side has been delegitimizing the struggle by saying that there were more important issues to discuss.

Time was then given for senators to ask speakers “non-leading” questions, in which new information was not to be brought forth about the bill and its ramifications on the UCR community if passed.

After resolution W17-007 was voted on, two senate bills were presented and passed unanimously. The first being W17-023, which made changes to the some of the roles of undergraduate students serving in the student services fee advisory committee. Primary changes made through the passage of W17-024 included changing the name “GCAP Director and GCAP Committee” to “Office of the Undergraduate Sustainability Director,” and establishing the R’Closet committee and its respective governing structure. 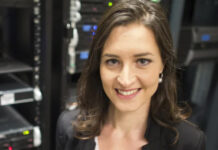 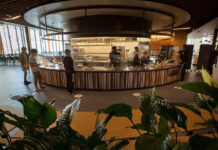