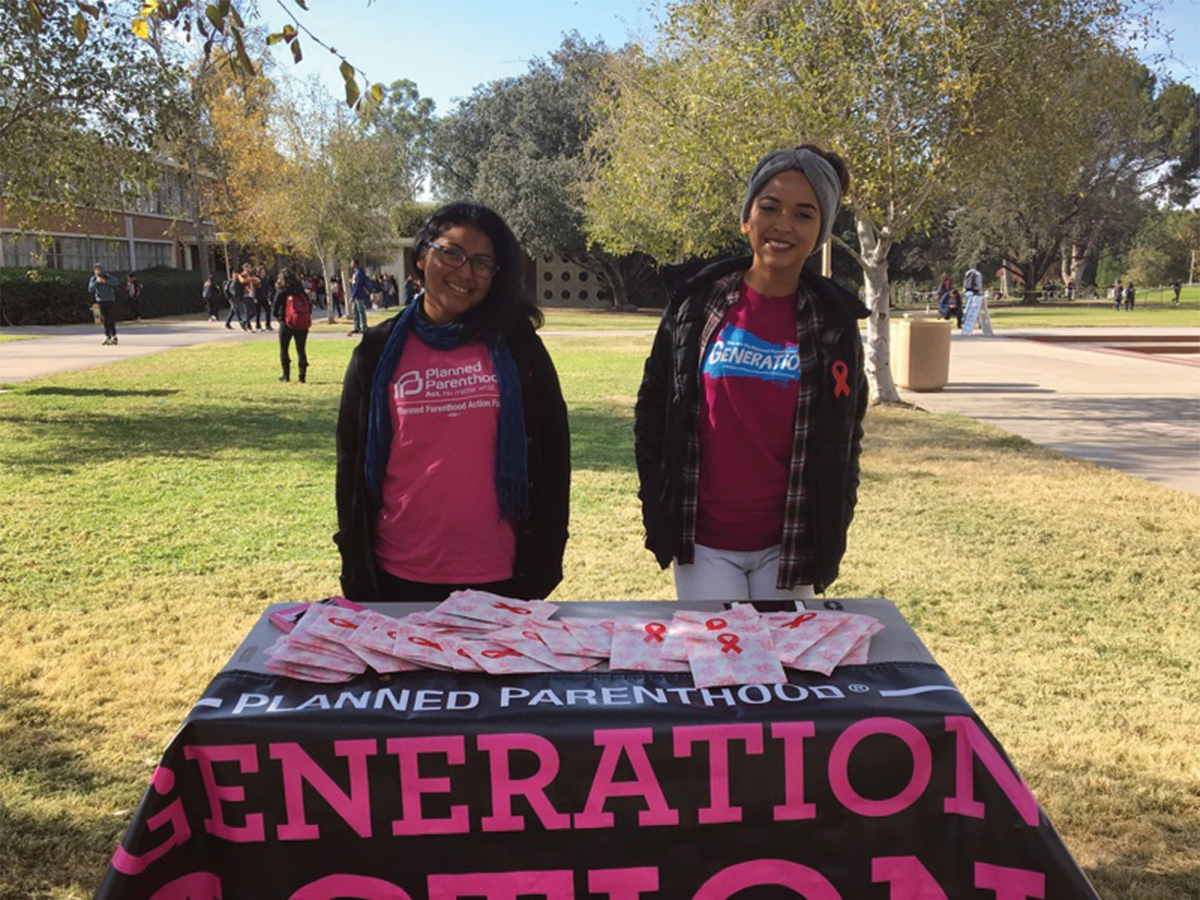 In a time when reproductive rights have become a center of debate, particularly with recent anti-abortion bills that have come to pass and women’s marches occurring across the world, UCR’s own Planned Parenthood Generation Action (PPGA) organization rises up to fight for the protection of women’s rights everywhere.

The current president of the club, Jessica Rosales, a third-year media and cultural studies major, stated that the club’s main focus is reproductive justice. She comes to define it as “the complete physical, mental, spiritual, political, social and economic well-being of women and girls, based on the full achievement and protection of women’s human rights.” So, in order to educate more people on reproductive justice, the organization “advocates for solutions in and out of the UCR community” based on topics such as sex education and reproductive health, rights and justice.

Having only been established in January of 2016, UCR’s PPGA organization has accomplished plenty in just a short amount of time, helping to strengthen their reputation as a highly proactive club on campus.

For example, this past October, the group participated in a leadership conference in San Diego and in January, the group was invited to the Pink Out Day rally in Sacramento to lobby for reproductive rights to make sure Planned Parenthood will still be funded and represented even under the threat of the Trump administration.

Volunteering serves as an important role for the organization. “One of the most effective ways to reach out to people (in) any political campaign is to phone bank,” Rosales reveals. For the phone bank, Rosales states they have a list of people to call and the club makes the effort to make at least 100 dials per member. For example, during the past election, PPGA made house calls for several politicians including Hillary Clinton, U.S. Senator Catherine Cortez Masto (D-Nevada) and 60th Assembly District Representative Sabrina Cervantes (D-California). In response to the amount of work they did for the phone bank, third-year anthropology and economics double major and current Vice President of PPGA Genesis Ek expressed they raised “more than the San Diego (PPGA chapter) and they have a bigger club base, so that was very exciting.”

… the complete physical, mental, spiritual, political, social and economic well-being of women and girls, based on the full achievement and protection of women’s human rights.

And although a minor detail, the fact that Cervantes and Masto were elected to office was very exciting for PPGA. Ek reflects, “To see them win, to see them be a part of what we wanted them to do, it’s nice knowing that ‘Hey, even though it wasn’t a lot, we kind of helped.’ It’s super rewarding.”

But as busy as they are off campus, PPGA finds themselves being a part of other events on campus as well. For example, on World AIDS Day, members of the club have taken the time to pass out condoms and informational pamphlets on AIDS to students. And just recently, the club took part in a Roe v. Wade event hosted by the Women’s Resource Center to raise awareness of the landmark case that constitutes the right for women to get abortions without the interference of the government.

Even with all of the many events and gatherings the organization has done, PPGA is still not down for the count. As planner of events, Ek looks forward to National Condom Week later this month. “National Condom Week falls in the same week as Valentine’s Day,” states Ek, “so we’re hoping to at least have a tabling event where we hand out goodies when people visit our table.” Then, later in March, PPGA hopes to plan something for International Women’s Day as well.

Although PPGA focuses on reproductive justice, Rosales stresses that the club strives for much more than just that. “At first for me, it was just about ‘Oh, pro-choice’,” says Rosales, “But then it was also about, ‘Oh immigrant rights’ and ‘Oh affordable and accessible healthcare to all’ and things that you don’t really know about until you’re in (PPGA) and you’re seeing it for yourself.”

With a relatively short lifespan so far and with only four officers heading the cabinet of the club, PPGA has become a very busy organization, and given how small it is, it’s quite impressive. It wouldn’t be what it is without the hard work and dedication of its members who are passionate about reproductive justice. “Even if it is an executive meeting, (members) help us out and they like to sit in,” Rosales shares, “They like to feel like they’re active and actually doing something.”

Ek hopes PPGA will welcome many new members in the future and hopefully become a larger part of campus culture to raise awareness about reproductive justice and also be able to call out to their local community to help out more.

With year one accomplished, UCR’s PPGA chapter has done plenty to encompass their main goal of educating people on reproductive justice. At the steady rate they’re going, PPGA is set to become one of the most hard-working and passionate clubs on campus that fights for the fundamental rights of women across the nation.