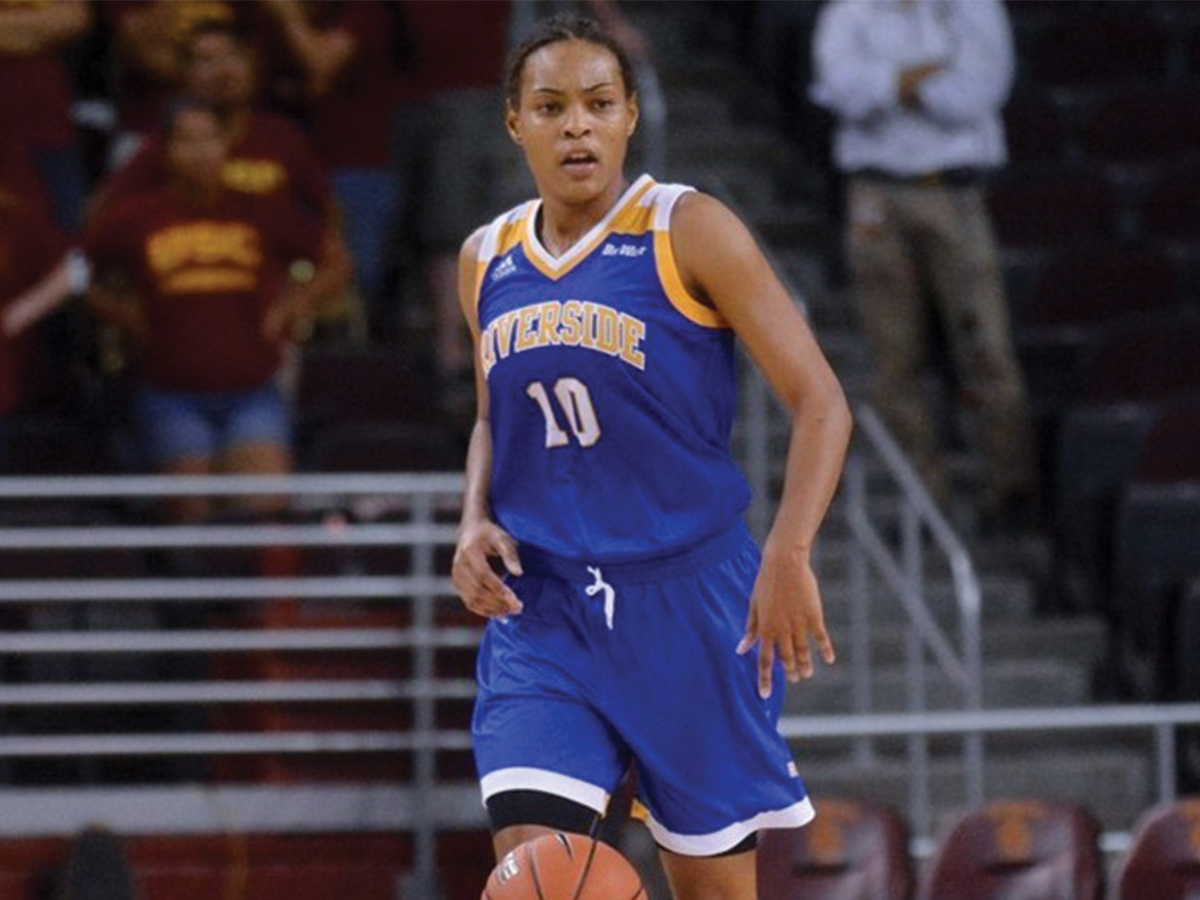 The Highlanders’ senior forward Rejane Verin led the team to victory with 26 points and 12 rebounds in a 79-59 blowout. She had her seventh double-double of the season and Head Coach John Margaritis spoke about her leadership on the floor after the game, saying, “She’s a key component to what we do which is very, very good. She’s a senior and we go as she goes.”

Junior guard Lauren Holt added 21 points off of 66 percent shooting from the floor. Holt and Verin combined for a huge 46 of the team’s 79 points. Margaritis said of the duo, “They play a big role, especially when (senior guard) Simone (Decoud, who was out due to illness) wasn’t playing and Simone is our second leading scorer and she wasn’t playing so it was important for them to step up.”

The Highlanders had several other standouts on the offensive end, particularly junior guard Michelle Curry who added added 14 points on 80 percent shooting, while junior guard Clemence Lefevbre flirted with a triple-double. In Decoud’s place, Lefevbre played a total of 40 minutes in the game and totalled nine points, six rebounds and six assists.

UCR’s defense was also a major key to this victory as the Highlanders were able to hold Hawai’i to just under 30 percent from the field. Margaritis added to this stat saying, “I think that this year compared to (…) last year, we count on our defense to step up.” The Highlander defense also forced 13 turnovers while picking up six steals.

Margaritis felt the reason the Highlanders were able to play so well defensively was because of their height and size. “I thought that our size bothered them. I thought that us being able to switch some of the screens took away some of the shots that they normally get (…) I thought switching all the screens had us in front of them when they were shooting the ball and so they struggled a little bit.”

Margaritis asserted another vital factor one that doesn’t show up in the stat sheet: The overall hustle from his team. He explained, “Our team, our girls stepped up. We played really hard and it paid off.”

The Highlanders thoroughly controlled this game from the start, and even pushed the lead to 28 in the final quarter before taking the game by 20 points.