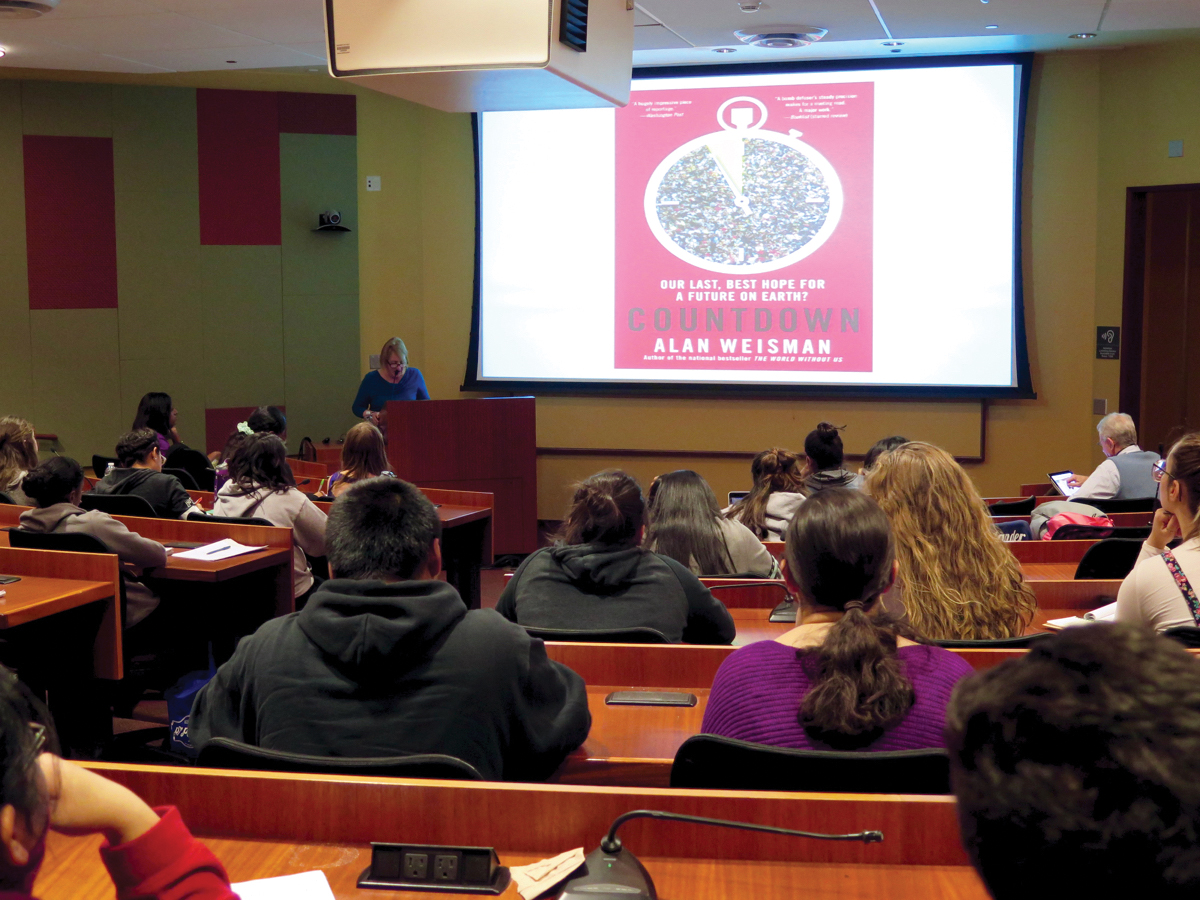 UC Riverside’s Center of Ideas and Society was awarded $500,000 in 2014 from the Andrew Mellon Foundation and $250,000 of this grant will be used toward funding the “Advancing Intercultural Studies” (AIS) project. Due to a perceived lack of practices of “civil discourse, reasoned debate and respect for the view of others,” the project aims to address the most salient issues of diversity at UCR and Southern California such as education, religion, civic engagement and migration by engaging faculty, students and community members through seminars, public lectures and films.

The AIS project will host a free film series beginning in spring quarter of 2017 that will continue throughout the summer. The project will also host one seminar per quarter, including summer, beginning fall quarter of 2017 and ending spring of 2019, with each seminar covering political and social issues relevant to the past few years. Each seminar group includes four professors, four graduate students and four undergraduate students, who will meet weekly during each quarter to work and discuss seminar themes and faculty research relevant to the respective quarter’s seminar. Each quarter, the seminars will host a public lecture by a scholar whose research reflects the themes of that quarter and a film screening to engage the community members present. Topics that will be covered throughout the four seminars include economic inequality, diversifying higher education, religious identity and diversity and secluded history.

Georgia Warnke, distinguished professor and director of the Center for Ideas and Society, mentioned that she started this project because, “Diversity had to be studied and not just talked about. We really wanted to see what it looked like; what are some of the issues and what are the gains.” She explained that recent events at the forefront of public discussion have caused tensions to arise and overflow into sometimes peaceful marches and even sometimes hate crimes. Black Lives Matter, sexual harassment and race and gender relations on college campuses, economic inequality due to the widening of monetary disparities, terrorism, immigration and religious tolerance are problems that have influenced the seminar themes.

Warnke mentioned that while a total grant of $500,000 from the Andrew Mellon Foundation had been awarded to the Center of Ideas and Society, the first portion of $208,000 funded a different program, Mellon Mays Undergraduate Fellowship Program (MMUFP). This program was implemented “to support a research and mentoring program for undergraduates aimed at increasing diversity among faculty in American universities,” according to the UC’s press release. This reflects the Mellon Foundation and its mission to strengthen, promote and, where necessary, defend the contributions of the humanities and the arts.

In addition to these two programs, the Center of Ideas and Society has also developed and administered other programs, such as the UC Humanities Research Initiative and the UC Public Scholars Initiative, to explore interdisciplinary themes and topics in the humanities. The center, established in 1989, is an interdisciplinary research center aiming to unite the humanities disciplines with the sciences, engineering and medicine to strengthen the intellectual and creative life at UCR.

Warnke hopes the AIS project will “engage the community with the issues brought up and produce new knowledge” to enhance the appreciation of both the problems and the opportunities that follow diversity. She also hopes the seminars will encourage students to continue as researchers and thinkers, but still remain engaged in these social issues to avoid impassioned rhetoric in favor of deliberate discourse.

The first seminar, taking place fall quarter of 2017, is entitled “Responses to Economic Inequality” and will feature Associate Professor of Sociology Matthew Mahutga.