Highlander
Home Radar Music Reviews Big Sean brings us into his life and aims to motivate on... 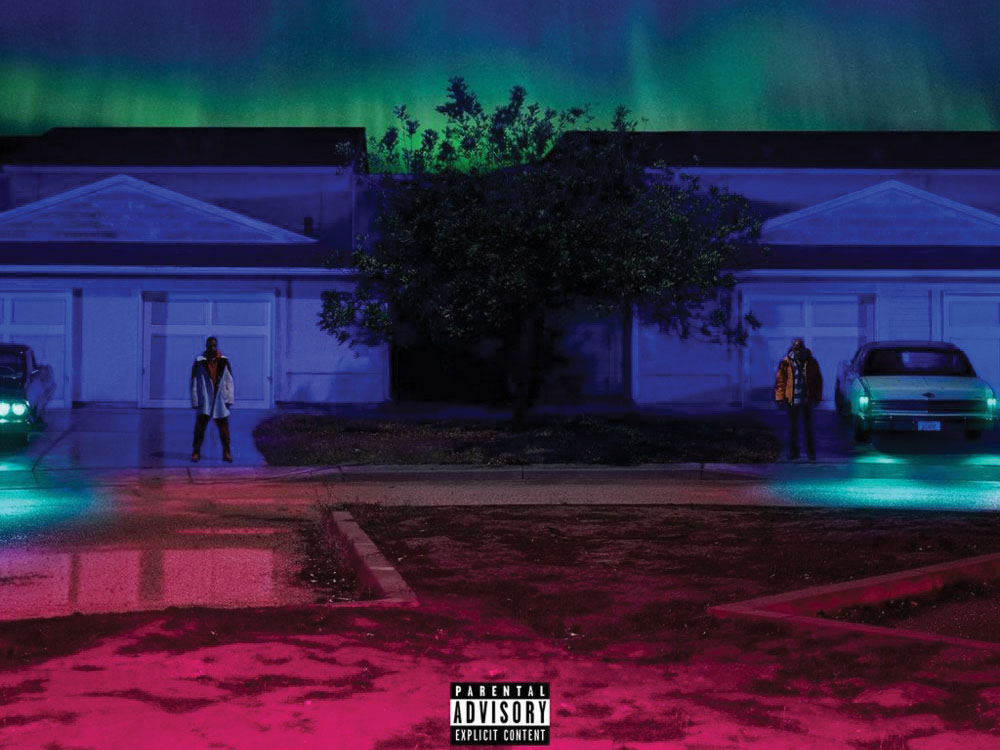 At 28 years old, Detroit rapper Big Sean has certainly come a long way from humble beginnings. With poppy, lyrically shallow singles like “Dance A$$” the public reception of projects such as “Finally Famous” Vol. 1 and 2, it was impossible for listeners to foresee the leaps and bounds that Sean would make in his flow and musicianship leading up to his most recent release, the American Billboard top-200 chart-topping album, “I Decided.”

Although a member of Kanye West’s renowned GOOD Music label since 2007, Sean had not garnered much respect amongst rap fans until his now-platinum project “Dark Sky Paradise” in 2015, which featured a number of A-list features and hits such as “Blessings” and “I Don’t Fuck With You.” Although a big commercial success, the album still had rap fans and his peers alike still hesitating to claim Sean as a top five 21st century rapper.

Sean used different approaches on “I Decided.” He develops new flows and discusses his early struggles in his career as well as personal tales from his love life to bring listeners inside the mind of the man. The result is his most honest, best produced and by far best articulated project to date.With slow beginnings and a lot of early questions surrounding his abilities as a rapper, the bodacious lyrics from the album’s second single may seem a bit out of reach, but “I Decided” does more than enough to back up the lyrics from “Moves.”

Sean takes listeners deep into his personal life on his new project. The entire concept of the album is based around decisions Sean has made in his career and where those decisions took him. From his past love life and his current relationship with R&B star and collaborator Jhene Aiko, to his career setbacks, to his strong relationship with his mother, Sean holds nothing back. After the intro, we are greeted with “Light,” an uplifting track that dips its toes into the recent trend of “gospel rap” pioneered by artists such as Chance the Rapper and Sean’s mentor Kanye West, that takes rap into a more cerebral churchlike spectrum of sound with soft electronic keyboard melodies and soaring vocals paired with inspiring, uplifting lyrics. Furthermore, the trap-influenced, quick-moving production that shapes most of the project with the confident, now-gold single “Bounce Back.” Although the two weakest tracks on the project, “Light” and “Bounce Back” are the perfect messages to bring to fruition the themes of loyalty and resiliency that are explored on “I Decided” and do a great job of encapsulating a microcosm of the adept balance between the softer and harder moments explored on the album.

As the project progresses past its opening tracks, Sean keeps his foot on the pedal with the Eminem-featuring, “No Favors,” an anthem to the self-made over an eerie Quincy Jones sample that speaks to Sean’s mentality as an artist, then on to standout track and my personal favorite “Jump Out the Window.” Here, Sean begins to discuss love in a very genuine and grounded way that only he can, without sounding like Drake or corny, an ability he put on full display with his 2016 collaborative project, “Twenty88” that he released with his girlfriend Jhene Aiko. The KeY Wayne-produced track features soft staccato piano chords that seem to float and harmonize beautifully with the deep bassed and innovative beat that is eerily reminiscent of “Push It” off of  “Twenty88,” however he keeps listeners waiting for the infallible chemistry of him and Jhene until about halfway through the project, on the (what some would say was too short) seventh track, “Same Time Pt. 1.” Here however, Sean flies solo, and compares “Jump(ing) out the window” to taking a leap of faith with a girl he has had his eyes on. To bring the project into full gear, Sean then hits listeners with one of the most explosive songs on the album, the second single released prior to the project, “Moves.” The track sets the tone over the unique, space age whistle-sounding synth melody that drops into one of the hardest hitting tracks not just of the album, but quite possibly of 2017 so far. As the track begins to “move” Sean basically uses his two minutes of time as a lyrical exercise, to let listeners know not only are his lyrics clever and well thought out, but his delivery and flow are also incredibly polished as he shows a level of rapping that can only be accomplished from years of development and practice.

After the album’s exuberant sixth track, it takes a turn to slower, more thought-driven tracks. The seventh and eighth songs, “Same Time, Pt. 1” featuring Twenty88 and “Owe Me,” both explore romantic love, but both explore very different aspects of the idea of it, as the first is about the eagerness to get to a lover and the latter, about an ex coming back needing to prove her worth before she is welcomed back. As we move into the final act of “I Decided” we move past love and influences from the outside, as the project becomes intensely introspective and serious, but even in its darkest moments, Sean’s positive message of self-resiliency still shines through.

As the eerie, lower bpm, “Halfway Off The Balcony” plays after a skit that entails Sean escaping a paparazzo, he finds a way to make being a superstar rapper relatable while realizing that life is more about just his job as he shares with listeners lessons he has learned in love and life (“I realize when it comes to girls / that chemistry means way more than anatomy.”) Possibly the darkest, most introspective moment on “I Decided.” comes to listeners on “Voices In My Head/Stick To The Plan” where Sean takes listeners into his conscience and into moments of self-shame and inner dialogue in the face of poor decision making on the first half of the song that really just serves as a segway to the Metro Boomin produced, “Stick To The Plan” with Sean again exercising his impressive, well-developed flow while playing with different tempos over the heavy trap beat that seems to be tailor made for Sean’s voice, an ode to the incredible talent that is Atlanta’s Metro Boomin.

The project closes full speed after slowing down for the family inspired, “Sunday Morning Jetpack” and “Inspire Me.” The braggadocious “Sacrifices” Sean joins his current counterparts at the top of the rap game, Migos and producer Metro Boomin to reflect on what they all had to give up to reach their respective levels of success. Sean delivers quite possibly the most technically advanced verse of his career before Offset and Quavo compliment the track with strong verses that showcase their always clever rhyme schemes and their patented “mumble rap” with clever cadences that sound contrived if not from them. The high levels of rapping on each of the verses are complemented by the medieval sounding, intricate loop over quick bpm drums and a bouncy 808 driven bassline that give a “rags to riches” feel to the song. On the final song of the project “Bigger Than Me” Sean discusses learning from his mistakes and giving back to his city and his family who helped to get him to the top of the rap game. The track is important to the overall structure of the project as it speaks to its themes self-resiliency and loyalty.
“I Decided.” is a project that shows Big Sean bringing his career full circle, and really coming into his own as an artist through sharing his adversity the sacrifices he had to make to get to where he is. Although the concept at times is too loose and almost gets lost in translation through the many love songs on the album, it is one that is still able to make its message heard and has a refreshing tinge of positivity that often times is missing in hip-hop. With this album, Sean solidified himself as a top five rapper, and with “TWENTY88” Pt. 2 on the way in 2017 and a lot of time left in his prime, the sky’s the limit for the Detroit kid who “came a long way from Marvin and Chardonnay.”