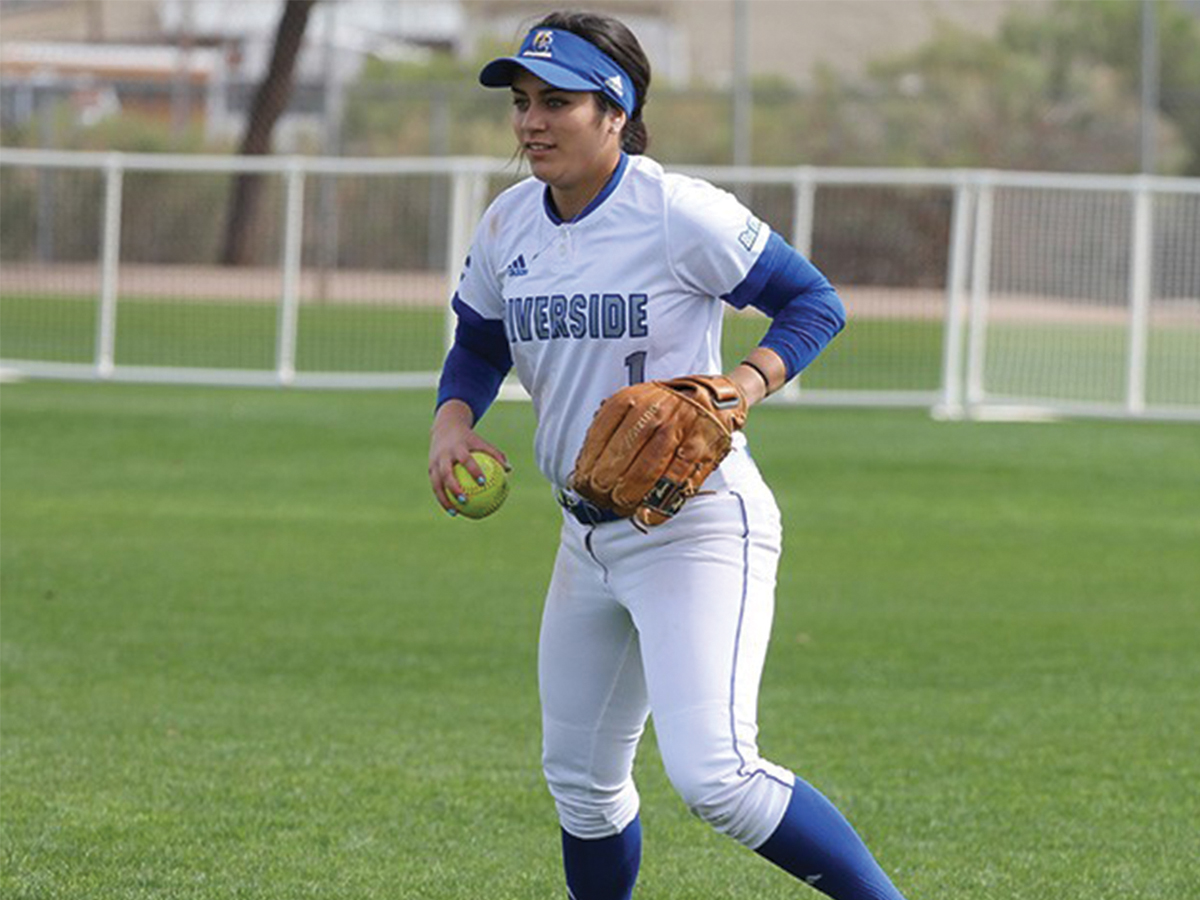 UC Riverside softball started strong against Loyola Marymount University (LMU) on Saturday, March 4, but could not quite finish the job as they fell 3-2. Senior outfielder Maddy Richard went 2-2, but was the only Highlander with a multi-hit game as LMU’s Hannah Bandimere picked up the win in a five-hit, two-run complete game victory. Bandimere also walked two Highlanders, Richard and sophomore first baseman Brittney Garcia.

Both of the Highlanders’ runs were scored in the first inning, which was started off by the first of Bandimere’s two walks that put Richard on first to open the game for the Highlanders. Senior second baseman Haley Harris cracked a single into left field which put Richard in scoring position with no outs. Head Coach Nikki Palmer decided to attack early, and both runners were safe on a double steal attempt. After the next two batters couldn’t bring the runners in, sophomore shortstop Hannah Rodriguez was able to get the ball through up the middle to drive in both runners, exiting the first frame with a 1-0 lead.

UCR was able to contain LMU over the first two innings, but they were able to break through in the third. The Lion’s shortstop Lindsey Matoi opened the frame with a double, and the next batter was able to catch the Highlanders off guard with a bunt that resulted in both runners being safe. This would be crucial in this game, as Caitlin Harman was able to get the ball through the right side to score both runners and tie the game. The Lions were not content with just tying it though, as they immediately threatened to take the lead with a single by catcher Katie Manley that put Harman on third with no outs. A sacrifice fly later, and the Lions suddenly had the lead at 3-2. The Highlanders were able to force a double play the next at-bat, but the damage was already done.

With a lead behind her, Brandimere settled in, only allowing two hits and one walk over the final four frames to seal the game for Loyola Marymount.

After a doubleheader with Detroit Mercy on Monday, March 6 that starts at noon, the softball team will host the Highlander Classic from Thursday, March 9 to Sunday, March 12.