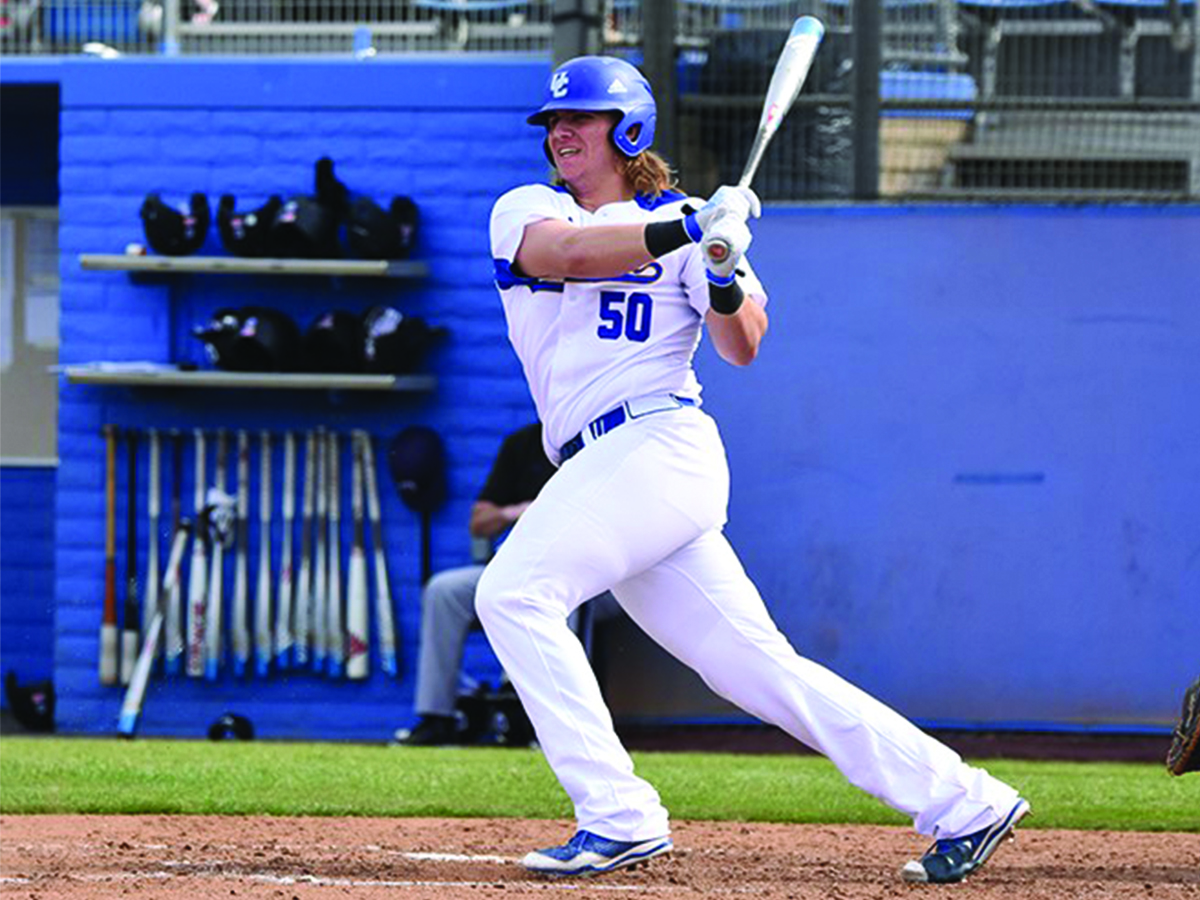 The UC Riverside baseball team (10-5) put the clamps on the offense of the Kansas State University Wildcats (12-3) in a doubleheader on Friday, March 10. While the offense was able to cap off the first game with a three-run ninth inning en route to a 5-1 victory, the bats went cold in the later game as the Highlanders were unable to back up the defense to finish the clean doubleheader, falling 1-0.

The first game saw freshman pitcher Daniel Martinez making his second start of the season for the Highlanders, and he didn’t disappoint. He tossed five shutout innings, only allowing four hits and three walks while striking out four Wildcats.

The Highlander offense came in spurts, starting in the fourth with freshman designated hitter Connor Cannon, whose only hit of the day was a two-run shot into left field that gave the Highlanders a lead that they would never relinquish. Following the pitching change that ended Martinez’s night, the Wildcats were able to find some life. The new pitcher — senior Richard Delgado — hit the first batter he faced after digging himself into a 2-0 count. Delgado was able to get the next two batters, but not without allowing the man he hit to advance to second. This would prove troublesome as Delgado issued a four-ball walk with two outs. The Wildcats were able to drive in the man from second off of a single in the next at-bat before being snuffed out for the third out one batter later.

Holding only a one-run lead heading into the ninth, the Highlanders blew the game wide open. After a single from redshirt junior catcher Tony Gudino, the Highlanders used a sacrifice bunt to move Gudino to second. After redshirt senior third baseman Michael Farris was hit by a pitch to put two men on, redshirt junior shortstop Colby Schultz doubled down the right field line to drive in both runners, followed by a hit from junior Cody Sporrer which drove in Schultz to finalize the run tally for the Highlanders.

The second game was a much different story, as Highlander sophomore pitcher Hazahel Quijada and Wildcat sophomore pitcher Brogan Heinen matched each other pitch for pitch. Quijada was charged with an earned run that was driven in after he left the game, allowing only three hits and two walks while piling up 10 strikeouts over seven innings. Heinen matched him with a six inning shutout in which he allowed two hits and walked three while striking out two.

The deciding moment came in the bottom of the eighth. After a nine-pitch at-bat that resulted in a double, Head Coach Troy Percival decided to pull Quijada as he approached 100 pitches on the night. After a sacrifice bunt moved the runner to third, Wildcat freshman center fielder Cameron Thompson raked a double down the left field line on the first pitch he saw to give the Wildcats the win.

After concluding their series with Kansas State on Sunday, March 12, the Highlanders will host Gonzaga on Tuesday, March 14 before welcoming Cal State Bakersfield to the Riverside Sports Complex for a three-game series from Friday, March 17 to Sunday, March 19.