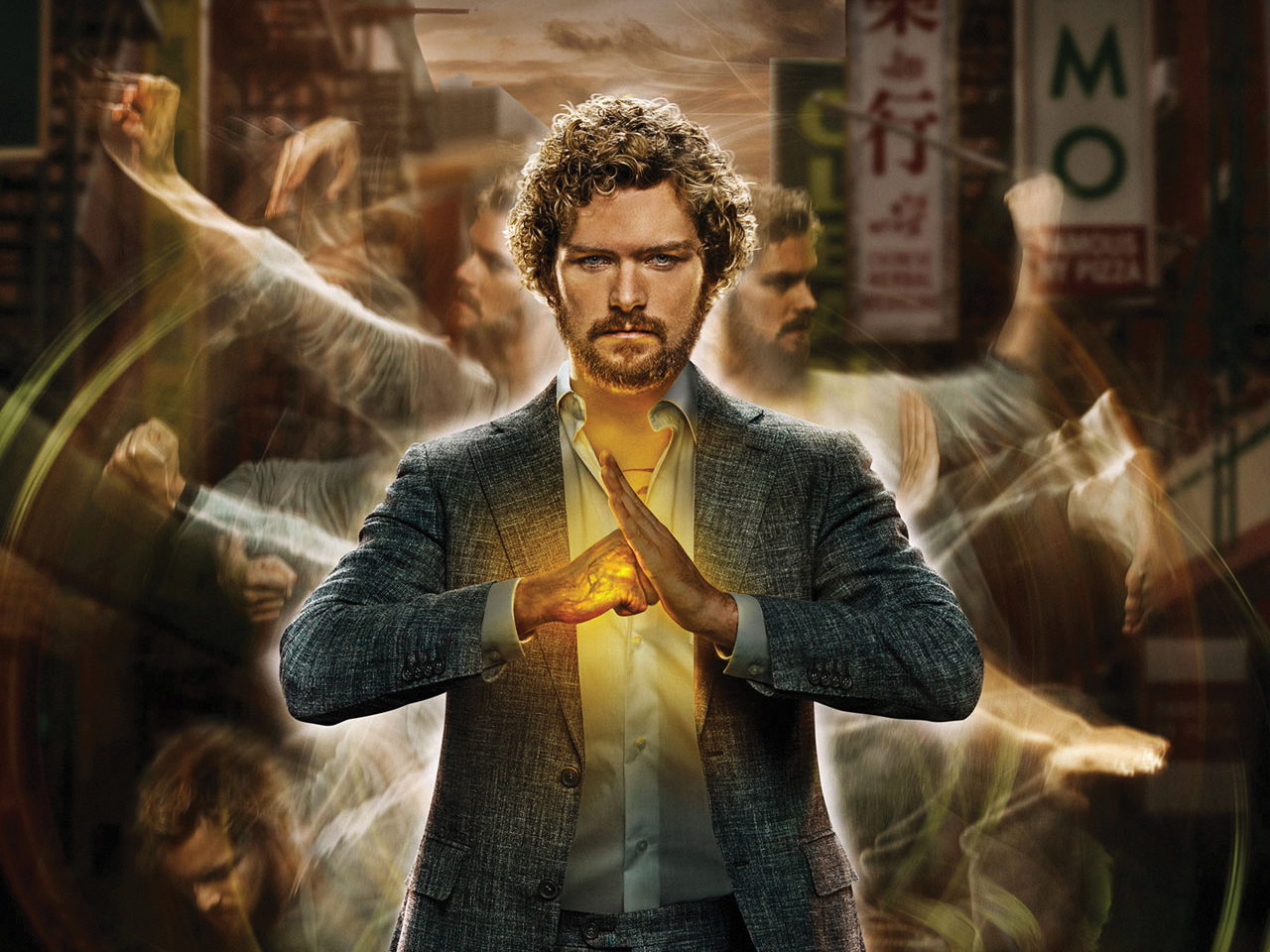 Netflix took a risk when it announced that it would be producing TV shows based on lesser-known Marvel properties such as “Daredevil,” “Jessica Jones,” Luke Cage” and “Iron Fist” and that it would all lead to the street-level crime fighters to team up in “Marvel’s The Defenders.” Now, as the final bridge leading up to the ensemble team-up, “Iron Fist” has made its debut on Netflix, but with it, it has brought the most controversy out of all the Marvel outings with claims of whitewashing concerning its protagonist. But before diving into that, “Iron Fist” first needs to be reviewed for what it is as a television program amongst the seemingly dozens of superhero TV shows lately. So how does it hold up?

Well, “Iron Fist” tries so hard to replicate what made the past Netflix shows a hit with their gritty take on the usually light-hearted New York City seen in the Marvel Cinematic Universe (MCU). But while the ideas are there, it falters in its execution.

The series follows protagonist Danny Rand (Finn Jones) who after being presumed dead for many years, comes back to his home in New York City to reclaim his family’s company, Rand Enterprises. Heading the company are his childhood friends, siblings Joy (Jessica Stroup) and Ward Meachum (Tom Pelphrey). For the remainder of the season, the show follows Rand on his journey at not only reclaiming his family name but also his identity as the legendary Iron Fist while battling the dark organization known as The Hand.

If there’s anything that begs the most immediate answer, it’s the exact origin of the “Iron Fist.” Without giving away major spoilers, the series struggles to give us an exact reason how Rand got his powers. As the audience we’re just led to believe that Rand got some random power that makes his fist glow and achieve superhuman strength. I understand if it was supposed to be mystery on how he achieved his power throughout the season, but without any true revelation on how the details on how he got his power, it comes off as frustrating to the audience.

This leads into the next point: Rand himself. Hollywood lately has been at the cusp of controversy surrounding allegations of whitewashing certain characters in films, that is, they are casting white actors in what is supposed to be a historically non-white role. As part of his character, Rand learns martial arts and the ways of the Iron Fist in the fictional Asian setting of Kun-Lun. This has led to backlash that his character should be of Asian descent to match his backstory. Would his character be better if he was Asian? It might ultimately matter, but honestly, Rand isn’t that interesting of a protagonist to begin with.

This flaw becomes a problem in the storytelling of “Iron Fist.” One storyline follows Rand on his quest to reclaim his identity as heir to his company and his fight against The Hand. The other side of things follows Stroup and Pelphrey as the Meachum siblings in their struggle to keep Rand Enterprises afloat amongst the return of Danny and controversies and corruption surrounding the company. The aspect of corruption in the corporate world is something that the MCU hasn’t tackled much and “Iron Fist” does a good job of making this aspect much more entertaining than Rand’s story, which can honestly be seen as both good and bad. In particular, Pelphrey as Ward Meachum becomes one of the series highlights as he struggles to find certainty within the company. As the series progresses, his character becomes more engrossed in the idea of failure over success and the descent into madness, thanks in part to Pelphrey’s acting, becomes one of the most engaging aspects of the series.

But returning to the character of Rand, Finn Jones’ acting also becomes the problem. While at first he looked decent enough to play the tortured and missing billionaire, the act quickly falls apart in the latter half of the season. Jones becomes too angsty in his portrayal almost to the point that his character becomes a nuisance. It honestly became comedic at some parts due to his childish behavior and questionable decisions as a character. Sure, it may be due to how Rand’s character is written into the series, but unfortunately Jones’ acting doesn’t save him from being an unconvincing protagonist.

Now don’t get me wrong, for the problems “Iron Fist” has, I was actually pretty invested in the series up to around after the sixth episode where the pacing and storytelling just fell apart. I went into the series knowing its controversies and less than stellar reviews and almost wondered if I was watching the same show many critics were tearing apart. The story and mystery surrounding Rand plus the corruption of Rand Enterprises was engaging, and Jones almost had me convinced with his acting. But it was then I realized that the mystery just led to nowhere as questionable decisions in its storytelling were made.

It’s unfortunate Marvel is leading into the “The Defenders” with a less than stellar show with “Iron Fist,” but since we’re not getting too invested in his character in that series, hopefully his character shines more as a side character than a main protagonist. But until then, “Iron Fist,” while fluffed with potential, is hindered through its poor execution of its main character, storytelling and pacing aspects.