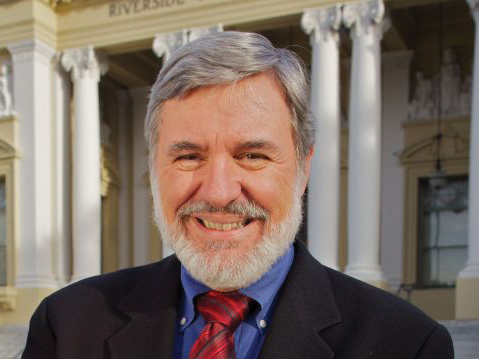 Distinguished Professor of Philosophy Carl Cranor released a new book this past March explaining how and why citizens are harmed by toxic chemicals, as legal failure to review toxic chemicals harms individuals. Based on the Romanell Lectures given at UCR, a professorship administered by the Phi Beta Kappa Society, Cranor’s book, “Tragic Failures: How and Why We are Harmed by Toxic Chemicals,” seeks to explain health protections and toxic chemicals in the U.S. In “Tragic Failures,” Cranor focuses on these wide variety of issues that affect the public in regards to toxic chemicals along with shortcomings in this area from the law and government. From ignorance in the market to legal failures, Cranor’s book explains how toxic chemicals have been affecting the safety and health of adults and children alike.

According to Cranor, numerous factors have contributed to today’s biggest health issues which go beyond the scope of cultural norms and social pressures. Cranor argued that one of the biggest culprits causing some of the most challenging contemporary illnesses and diseases are that of everyday products, from the bisphenol-a that compose the plastics in appliances and bottles, to the flame retardant padding that are used in lecture hall seats.

Cranor stated that, “The public believes that most chemical substances are …  pharmaceuticals, (that) they are screened for their toxicity before they ever enter commerce and that’s false,” when asked about what he thinks the public could do to most take note of when assessing product safety and the risks of certain chemicals. Ranging from many different fields of protection ― from The Clean Water Act, Environmental Protection Agency initiatives and safety labels ― solving the rising costs that chemicals all around us is not only an administrative issue but one of politics according to Cranor.

With a number of studies conducted by researchers such as Washington State University Professor Michael Skinner’s experiments with the pesticide Dichlorodiphenyltrichloroethane (DDT) in which he found links to obesity and dangers to the environment, or Epidemiologist Shanna H. Swan’s findings with phthalates that brings to attention truncated masculinity in males, enacting policies to raise public awareness and legislation is another ordeal of its own. An example Cranor provides would be of thalidomide and its publicity bringing about legislative action following cases of deformed babies exposed to thalidomide. Legal authority can trail research but edifying the public calls for great policies, policies that can ensure health protections and prevent harms in the first place.

In “Children and Canaries,” a brief released earlier this week by Cranor, he relates this same problem of public safety and health with miners and canaries. “Miners carried canaries into coal mines to provide early warnings of toxic gases that could asphyxiate them,” Cranor wrote, “The Trump administration has decided to use children as 21st century canaries, continuing their exposure to a pesticide named chlorpyrifos … Are children expendable canaries?” He hopes to lead change in the way health protections are governed and see into it that the public safety comes first. “Tragic Failures” goes in depth on these concerns and how to employ science under the law.

Cranor has served on several California science advisory panels and has changed how scientific testimony is addressed in court cases. He has authored several other books, including, “Toxic Torts: Science, Law and the Possibility of Justice” and “Legally Poisoned: How the Law Puts Us at Risk from Toxicants.” Cranor earned a law degree from Yale University and a Ph.D. in philosophy from UCLA.