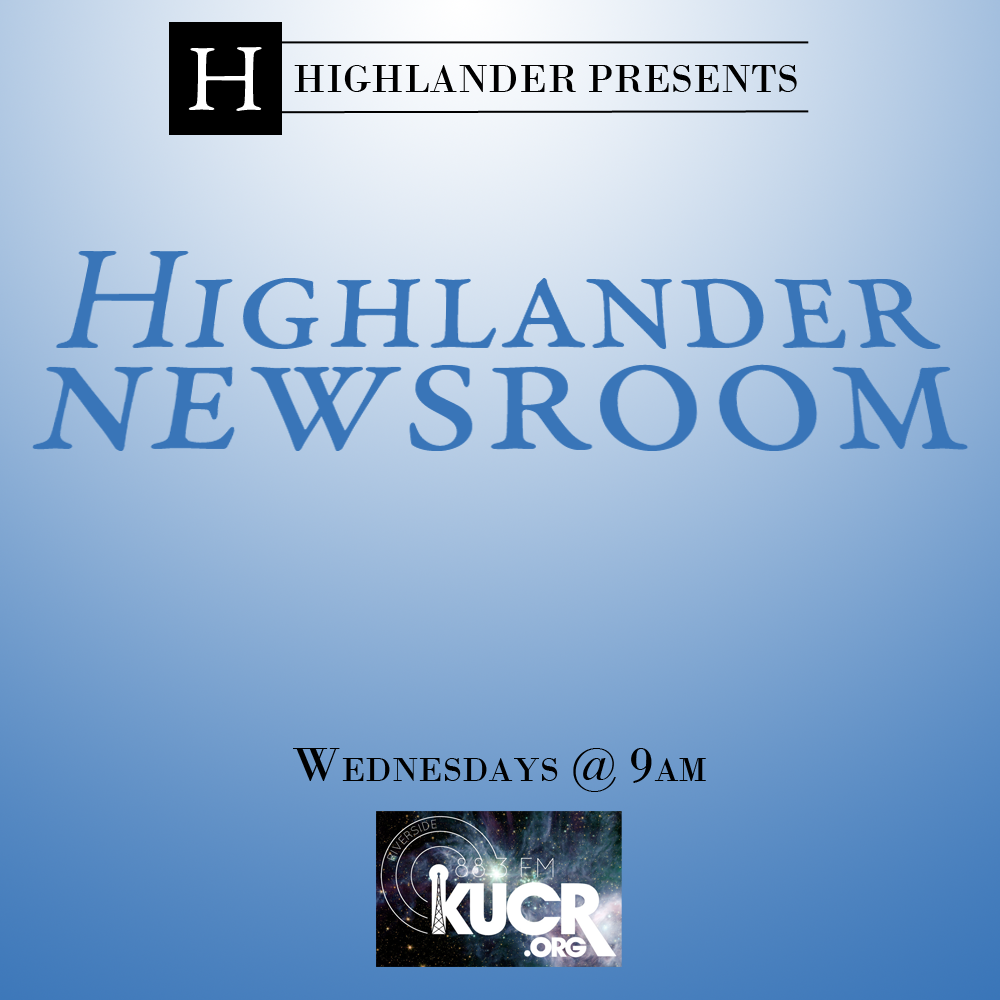 In his first appearance, assistant Arts and Entertainment editor Adrian Garcia joins myself and Evan for spring quarter’s first Highlander Newsroom. We talk not only about the tragedy at San Bernardino’s North Park Elementary School but the role of media publications in reporting such tragedies, also considering the United Airlines incident for context.
Of course, though, there wouldn’t be a discussion of the week in UCR without the goings on of ASUCR. We provide details on upcoming debates, President Karim’s executive order and Presidential candidate Kevin Tseng’s lawsuits against the association and elections director Marcy Kuo, respectively.
Also, elections are happening April 17 – April 21and beyond encouraging you all to get out and vote, we more specifically encourage you to vote”YES” on the Highlander Newspaper Revitalization on your ballots this year. For clarity, we’re requesting a $2.00 increase to the quarterly Highlander Fee (currently $2.00) and while nobody (us included) likes student fees, this increase utterly necessary to sustain the existence of the Highlander, which has long served and acted as UC Riverside’s lone journalism program.
We hope you vote and hope you continue to read and listen!
​
Facebook Comments

Hibachi-San and Subway reopen at the HUB

The eighth ASUCR meeting saw multiple public forum presentations including a discussion of the mobile app Pickup N’Park and a statement in support of...