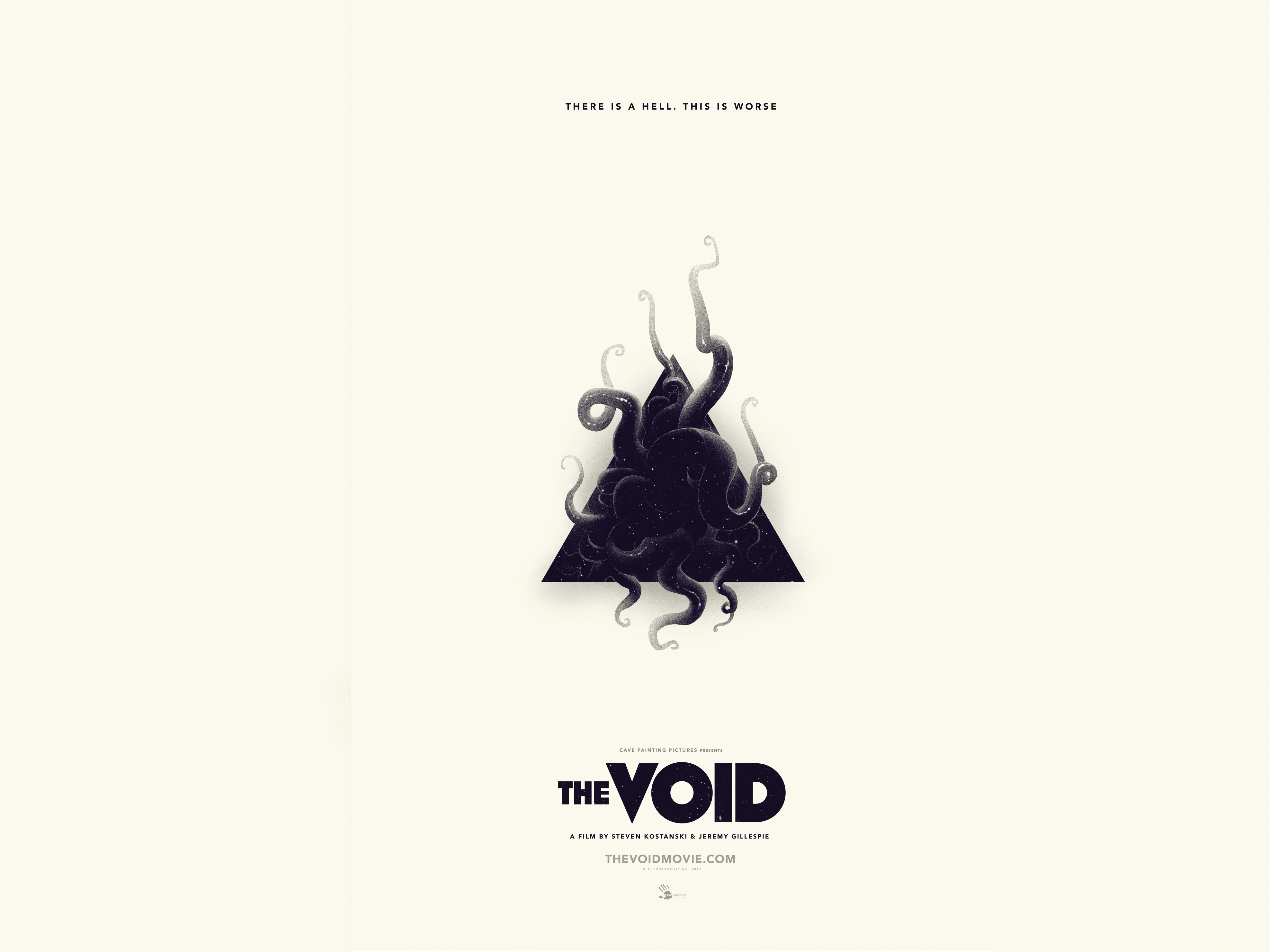 Here’s the thing about cult movies: They don’t (or, at least, they shouldn’t) try to force their way into cult cinema history. That’s why movies like “The Greasy Strangler” fail — cult status is earned, not simply given to anyone pushing out something that stands out for its strangeness. Notwithstanding its plain-as-day influences, “The Void” succeeds in echoing the horrors that filmmakers like John Carpenter, Brian Yuzna and David Cronenberg so gruesomely perfected in the 80’s with its practical effect wizardry and Lovecraftian awe.

“The Void” is directed by Canadian production company Astron-6 members Steven Kostanski and Jeremy Gillespie whose affinity for 80’s film is apparent in their body of horror-comedy and science fiction work. It sets itself within the confines of a small town hospital where Deputy Daniel Carter (played by everyman Aaron Poole) takes an astray loner (Evan Stern) only to be barricaded by cloaked figures; adding on to the siege of the safe haven is the emergence of an otherworldly presence that possesses victims, morphing their bodies to violent Lovecraftian monstrosities.

Comparisons to “Hellraiser” and “The Thing” naturally establish this film as one not intended for the faint of heart: Gore is bountiful, but never gratuitous. An excellently directed encounter in the first third of the film pits Carter against a former human turned monster with the help of randos Vincent (Daniel Fathers) and his son Simon (Mik Byskov). Kostanski and co.’s creature effects are some of the most impressive in recent memory, something sure to please the gore hounds among us. Much is to be admired in the artistry behind the effects, with each detail meant to disgust and instill the most primal fear within. Compounding the great prosthetics is the lighting decisions behind this encounter that recall the ages-old “less is more” saying — a flickering fluorescent ceiling light dimly singles out the monster just before it abandons it in obscurity for the ill-equipped heroes (and us, the audience) to wonder what the seemingly indestructible hunk of flesh wants. Unexpectedly, the scene ultimately serves as a preview of what’s to come in the film’s final act.

Although pure physical carnage takes center stage in the horror department, there is much to be said for the more subtle agents of fear. Be it an intentional result of common horror tropes surrounding birth and rebirth (“Alien,” “The Brood,” “The Fly,” the list goes on) bearing their mark on the film due to sheer chance, maternal fear and the surrounding anxiety oddly finds its way into “The Void” as an unavoidable major motif within the film. The relative few instances of creature effects would be a turn away for what should be a creature feature but the more character-driven scenes are punctuated by visions of an abyss that deepens the intrigue, courtesy of  Samy Inayeh’s beautiful top-notch cinematography. Slow pushes envelop the audience in cosmic dread that few films have accomplished, inviting speculation at the exact nature of the horrors plaguing the hospital’s skeleton crew and their uninvited guests. The overall depiction of this mysterious void is handled with finesse — contrasting the instability that defines the real world events and the surreal imagery of a barren landscape reminiscent of “Mars Canal” from the Japanese horror anthology “Rampo Noir” make for some eldritch atmosphere.

Verdict: Genre enthusiasts looking to satiate their appetite for practical effect fun in lieu of the CGI schlock being pedalled by the dozens will find plenty to love in “The Void.” A wholly unoriginal original feature film, it bears the marks of a passion project from filmmakers who know how to properly emulate the best of the best in horror.