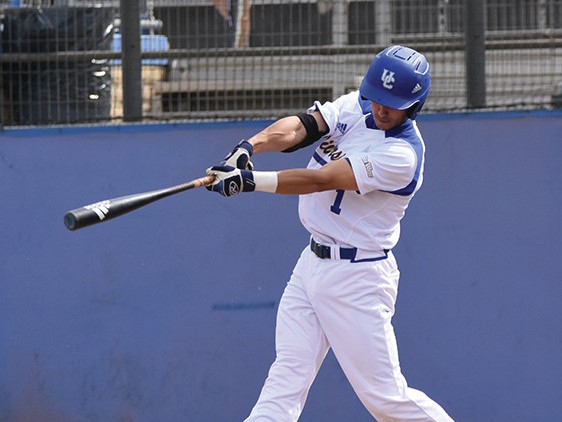 The struggling UCR baseball team (13-18, 2-7) took on 24th-ranked University of San Diego (25-9, 12-3) on Tuesday, April 11 at the Riverside Sports Complex to try to end their six-game losing streak. The Highlanders came in having played eight of their last nine games against ranked opponents, and had only won one of those eight. After a successful 10-4 start to the season, the wheels had seemingly flown off as they lost 11 of their last 13 games before their matchup against San Diego.

The Highlanders struggled to string together hits during their losing streak, and their struggles continued on Tuesday. Riverside was only able to get three hits in Tuesday’s game compared to San Diego’s 16 hits, and were only able to drive in one run in the ninth off of senior Mark Contreras’ RBI.

The game went downhill early for Riverside as their starting senior pitcher Jacob Worrell got hammered, giving up four runs in the first inning and being yanked after the fourth run. The Highlanders ended up using eight pitchers to get through the game, with a highlight performance from freshman Nick Shur who pitched a shutout sixth inning. UCR ended up getting blown out by San Diego University, 14-1.

The Highlanders then attempted to break their seven-game losing streak on Thursday, April 13 against Hawaii University (20-11, 2-2). Unfortunately for Riverside, their offense continued to struggle.

The Highlanders were able to out hit Hawaii, 11-10, but Riverside failed to string enough hits together to make it count on the scoreboard. UCR was only able to generate two runs off of their 11 hits while Hawaii was able to get four runs off of only 10.

Senior starting pitcher Richard Delgado took his second loss of the year Thursday night after only getting through four innings, giving up six hits and two earned runs while walking three batters.

In the second game of the Hawaii series, on Friday April 14, the Highlanders offense finally came alive. UC Riverside was once again able to get 11 base hits, but this time they capitalized on them. The team exploded to score nine runs and both senior third baseman Michael Farris, and senior first baseman Casey Worden had three RBI’s apiece. Freshman right fielder Cade Peters led the team with three hits while junior shortstop Colby Schultz led the team in runs scored, with three.

Starting junior pitcher Ryan Lillie was able to get his first win of the season in a dominating performance with nine strikeouts through seven innings. He gave up five hits and only one earned run. UC Riverside was able to end their eight-game losing streak, winning the game 9-2.

The Highlanders next game will be at home against San Diego State University on Tuesday, April 18, beginning at 6 p.m.