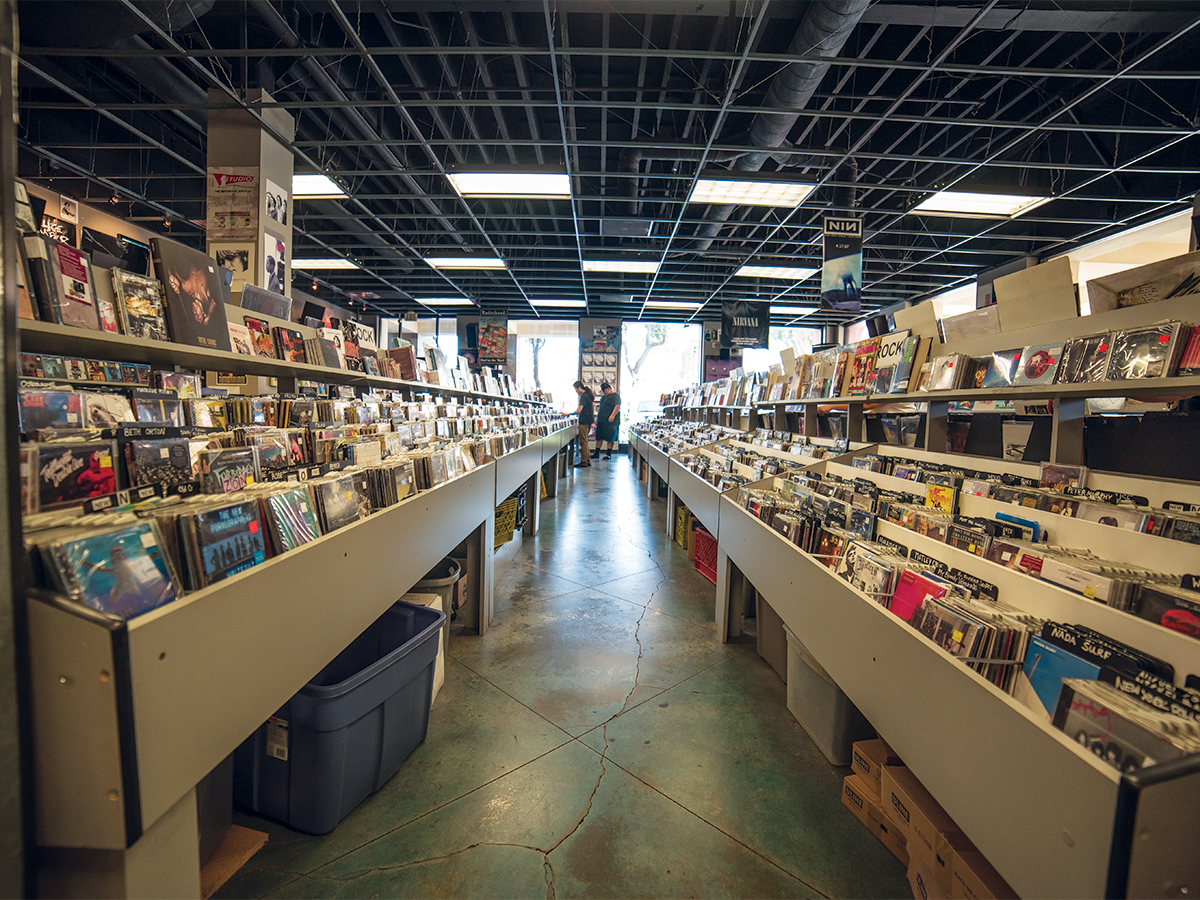 Saturday, April 22 was the 10th annual Record Store Day, a quasi-holiday of sorts for vinyl record enthusiasts celebrating the culture around independently owned record shops. Record Store Day officially started in April of 2008 with thrash metal giants Metallica buttressing the event, followed by Eagles of Death Metal frontman Jesse Hughes declaring himself the first Record Store Day ambassador in 2009 with St. Vincent carrying the title in 2017. Among the many exclusives released this year included Miley Cyrus’ “Bangerz,” Vangelis’ original “Blade Runner” score and The Smiths’ “The Boy With the Thorn In His Side” single.

For many, vinyl records are little more than relics of a time long past. Before the advent of CDs, MP3 players and online streaming, analog audio in the form of large polyvinyl chloride discs were popular household items. Listening to music meant something more than a passing experience so readily accessible outside of the comfort of one’s home. It meant interacting with liner notes, admiring the artwork, appreciating the presence of a physical music format, of exciting visits to record shops like Mad Platter in the University Village or Groovers on Big Springs Rd. Shops like these house thousands of records for both seasoned collectors and fledgling audiophiles alike, and while the convenience of such streaming services as Apple Music, Spotify and YouTube make music listening a less novel experience, Record Store Day serves as a warm reminder of the importance of physical media.

Analog audio’s resurgence is something that has been developing for quite some time now: According to Forbes, CD and MP3 sales are steadily declining in contrast to a tremendous growth in record says in the past 10 years, with more and more artists releasing LPs for releases both new and old to an outpour of fan appraisal. Vinyl’s lesser quality cousin, the cassette tape, has also gone through a comeback (albeit in smaller numbers), which comes as less of a surprise due it it’s affordability to produce when compared to vinyl. Paired with the conjecture from Flavorwire that Record Store Day might, to some degree, harm independent artists, cassette tapes’ boom make sense in the context of physical music releases.

Still, it doesn’t seem much like the wave of tangible music is dissipating to the cloud any time soon — but why has this appreciation boomed in the past decade to begin with? “I think it has to do with people who grew up listening to (digital),” says Mad Platter floor manager Erin Durham. “There’s a nostalgia (sic) quality to it but it mostly lies in the fact that people appreciate the sound quality” and “the warmth” created on the vinyl grooves. The store itself received an influx of sales from collectors eager to cop limited edition copies of their favorite records, some camping before the store’s opening hours in anticipation. She adds, “I think there’s always going to be a subculture of people who love (analog), even when CDs or whatever die away,” attesting to the longstanding adoration for the medium that will (hopefully) continue to thrive in the digital age.