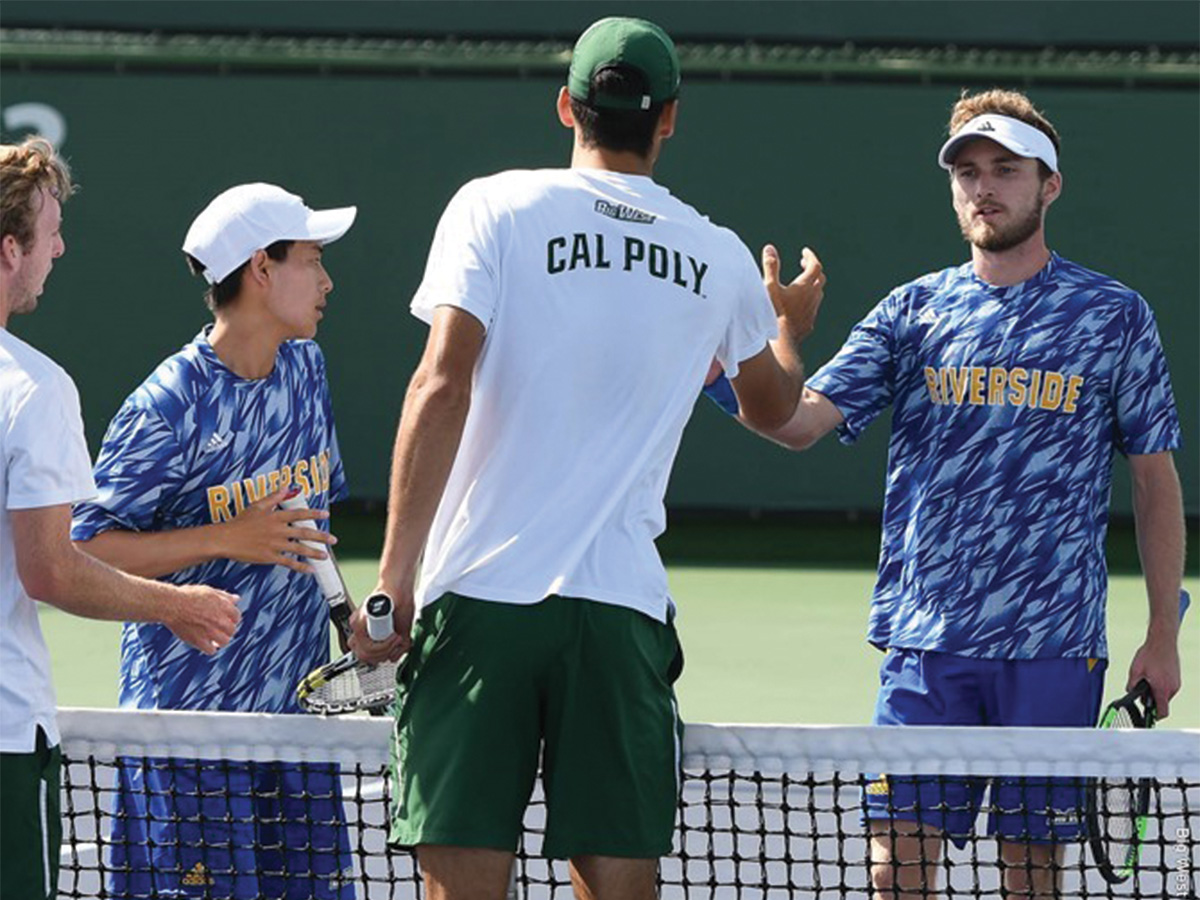 Riverside was only able to get a doubles victory from freshman Nabil Abdullah and sophomore Anderson Ju. This was the highlight of the day for the Highlanders as they were unable to earn another win for the remainder of the match. In singles, the Broncos took consecutive sets in games number two, four and six to claim the match.

For the second year in a row, Head Coach Mattias Johansson was able to lead the program to a record number of wins in a single season, earning 14 wins to top last year’s 13. What’s even more impressive is that the team was on pace to win even more, holding a 14-15 record in early April before suffering a six-game losing streak to close out the season.

While the team had a historically successful regular season, they only played one match in the Big West tournament before getting knocked out. While that could be seen as a shortcoming, it becomes much easier to see the progress the team has made over the past couple of years when you compare it to the 2014-15 team’s 4-16 record.

Despite the sputtering end to the season, it’s a positive sign to see the Highlanders break their team record for wins in two consecutive years. It will be interesting to see if Johansson could make it three consecutive years after next season, and if they will be able to advance past the quarterfinals in next year’s Big West tournament — which would be a first in the team’s Division I history.

Senior Cooper Bridge and freshman Gilbert Chung were both named to the 2017 All-Conference Team on May 4. The number two doubles team had a 5-7 match record this season and played a big part in this season’s success.

Bridge was also named to the Big West Honorable Mention team for singles. He added 16 singles victories to finish his career with 30, which is seventh most all-time in UCR men’s tennis history. Chung also had his fair share of success on the singles side despite not being named to the Honorable Mention team. He had a stretch in which he won 10 straight singles matches.