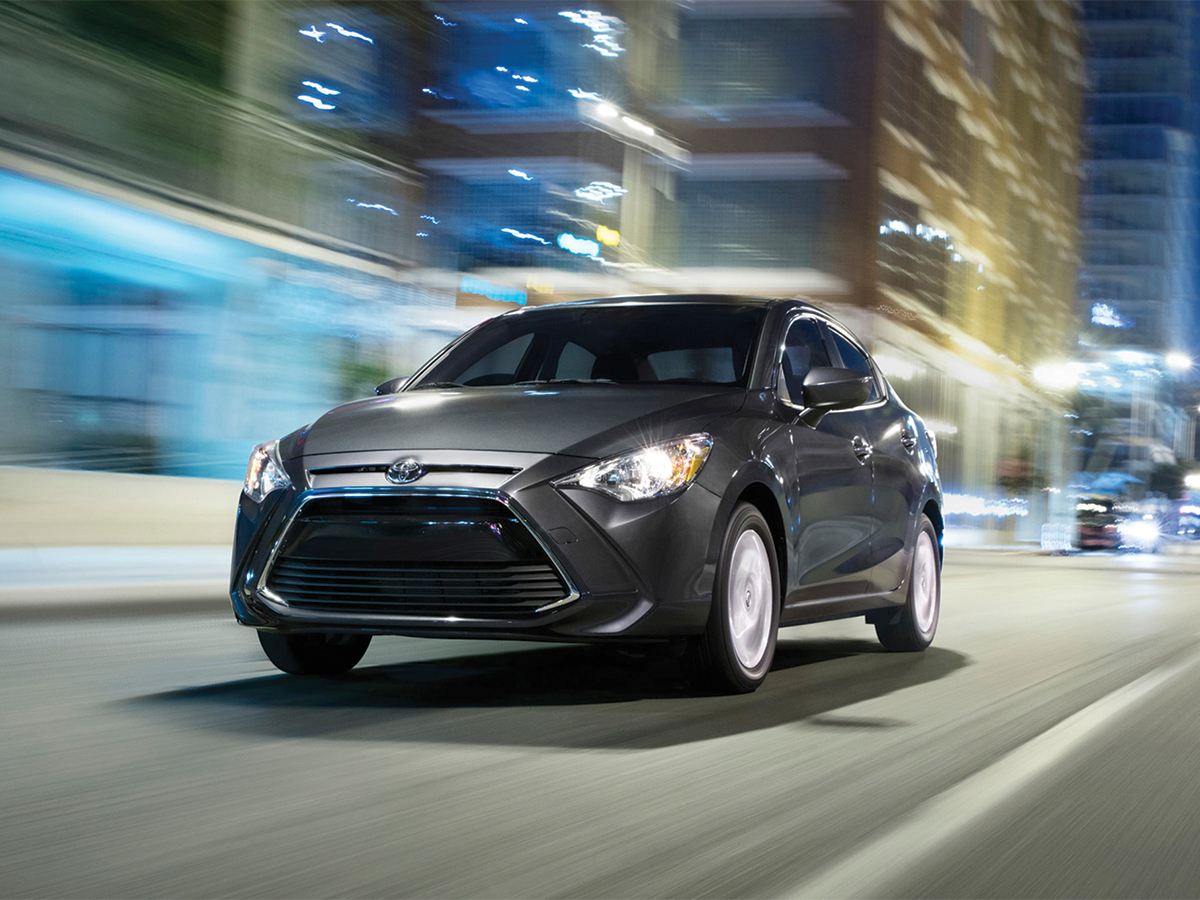 The Toyota iA has lived an interestingly nomadic life for the last two years. The iA started as a Mazda 2, a car that is no longer sold in the United States as a Mazda but was instead sold as the Scion iA. Shortly after its release as a Scion, however, Scion’s parent company Toyota decided to shut down the unsuccessful Scion brand but keep some cars like the iA alive as Toyotas.

Apart from a revised front end, the iA is completely identical to its Mazda counterpart. When you get down to it, the iA proves to be one of the best values on the market, coming jampacked with plenty of standard equipment. Push-button start, a rearview camera and forward collision warning are some of the features that come standard on the iA, some of which can’t even be found as an option on some of the iA’s competitors.

While subcompact sedans aren’t known for having high-quality interiors, the iA will surprise you. The design and materials are all borrowed from Mazda, whose interior designs as of late have been out of the park. The iA is no different: The materials inside look like they can be found on several other higher end cars and the 7-inch touch screen infotainment system screen and its controller are sharp touches. The seats are thinly padded, only have basic adjustments and are somewhat comfortable, but the cabin itself wasn’t very roomy for me (6’2”). The backseat space is typical of what you would expect of a car this size, so it’s definitely better suited for smaller passengers.

The iA really distinguishes itself with its driving experience, in large part due to its Mazda-tuned chassis. These dynamics help the car feel planted through corners, giving the steering a nice, weighted feel unlike most Toyotas. My real complaint is with the car’s power — specifically, its lack of it. The tiny 1.5-liter, four-cylinder engine only produces a paltry 106 horsepower and is more geared toward returning better fuel economy rather than zero-to-60 numbers. Even in sport mode, which felt like it changed nothing, you’ll really need to put your foot to the floor to get the iA going.

So how does the iA compare to its competitors? Well, several entries in this class are subpar, sad excuses for cars to begin with, such as the Mitsubishi Mirage and the Nissan Versa. However, cars like the Ford Fiesta rival the iA in terms of driving experience and can even be had with a more fuel efficient engine but doesn’t come as well-equipped nor does it have an interior that is as nice. The Hyundai and Kia are great values for money but don’t drive nearly as well nor do they deliver fuel economy close to the iA. The iA isn’t offered in a hatchback body style, which can definitely be more practical in cars this small, simply because Toyota’s own Yaris is offered as a hatchback only.

At just under $16,000, the iA does start at a higher base price than its competition. However, once they are similarly equipped, they surpass the iA’s price. For the technology, refinement, quality and reliability the iA offers at this price, it’s an impeccable value. While it may not be the most exciting car, the iA still has a more inspired drive than most of its competition. All in all, it’s the ideal car for a teen or a college student and, at its price, it’s hard to argue against it.

The car used in this review was provided courtesy of Toyota of Riverside by Victor Reyna.