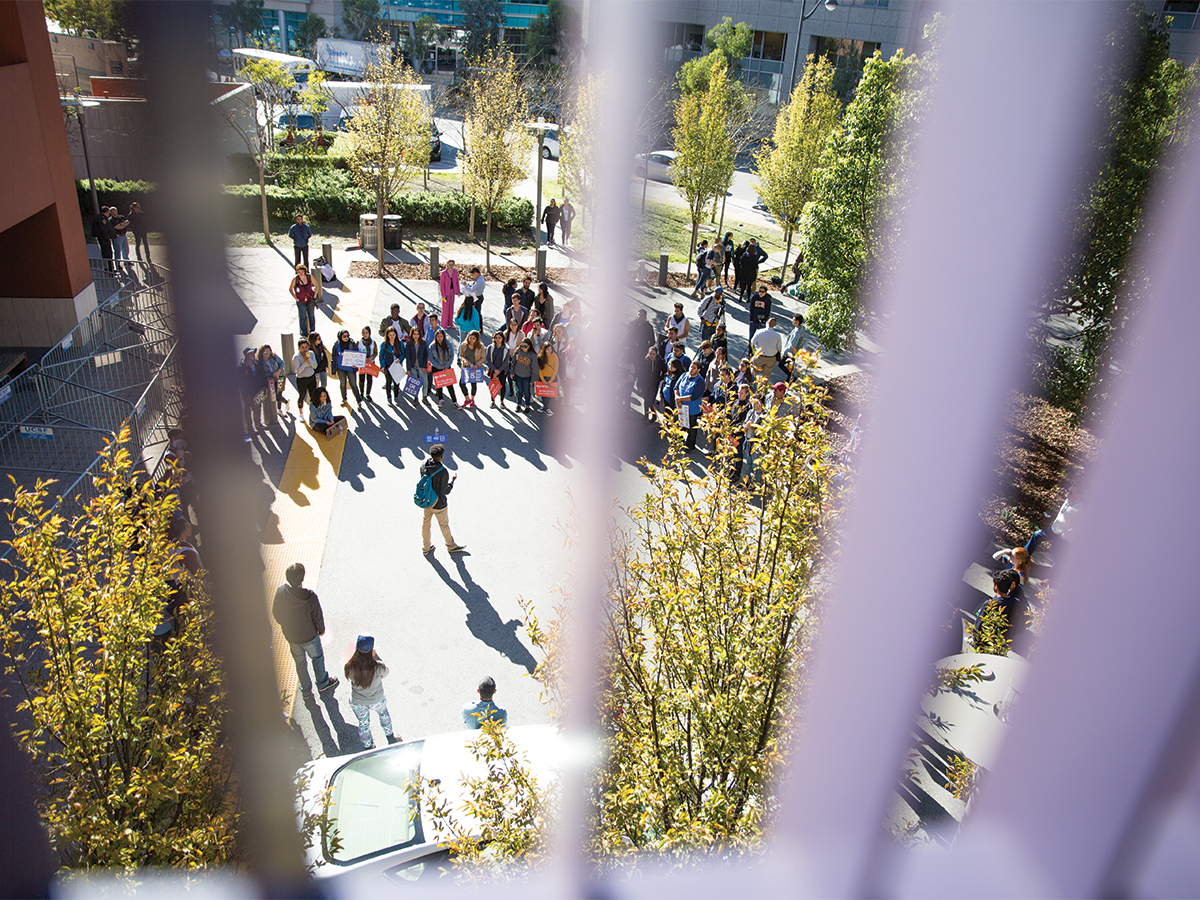 At the UC Regents meeting on Wednesday, May 10, at the UC San Francisco campus, students, staff and faculty protested the alleged $175 million the UC Office of the President (UCOP) failed to report in their budget, which was later discovered by state auditor Elaine Howle. Although not slated for discussion until Thursday, May 11, students demanded answers at the Wednesday meeting during public comment, amidst allegations of interference and a tuition hike that will be instated next fall.

Since the release of the report, the UC Regents have clarified that the money is actually budgeted and not a “slush fund” (a large sum of reserve money used for unethical purposes), despite how it may appear. According to a press release from UCOP, “the true amount (of the discretionary budget) is $38 million … a prudent and reasonable amount for unexpected expenses.” They added that the remaining $137 million dollars is budgeted for UC initiatives and other expenses.

These statements were later repeated and defended by the regents at the Thursday meeting, with the regents going so far as to thank Howle for her work and suggestions as to how to improve the UC budget. They also continued to defend UC President Janet Napolitano in spite of the allegations, with UC Regent Bonnie Reiss saying, “There aren’t many people of her quality.” Howle replied that her report was in no way meant to criticize the UCOP, but to provide guidelines on where improvements can and should be made.

The regents announced that the 33 recommendations will be implemented in the coming months, with more detailed and precise budget processes expected to be the first of the reforms. Discussing the impending reforms, Napolitano said, “It will take a lot of work  … but it’s also an opportunity. This is not just about meeting the recommendations, but exceeding them.”

Despite the apparent clarifications, controversy continues to follow the audit report, with reports of UC officials interfering in the audit process and Howle claiming that UCOP officials are paid significantly more than their position merits.

Students and staff expressed their dissatisfaction with the findings by protesting outside the building and at one point chanting during public comment. Graduate student instructor Hannah Kagan-Moore said, according to the Los Angeles Times, “Shame on you, Janet Napolitano. Shame on you, UCOP.”

In addition to discussing Howle’s report, the regents also imposed a cap on the amount of nonresident undergraduate students that are allowed to be accepted each year. According to the press release, “nonresident enrollment will be capped at 18 percent at five UC campuses.” The remaining four UC campuses — UCLA, UC San Diego, UC Irvine and UC Berkeley — will make acceptances based on the proportions from the 2017-2018 academic year. This legislation was passed largely in an effort to serve in-state students and follow the California Master Plan for Higher Education.