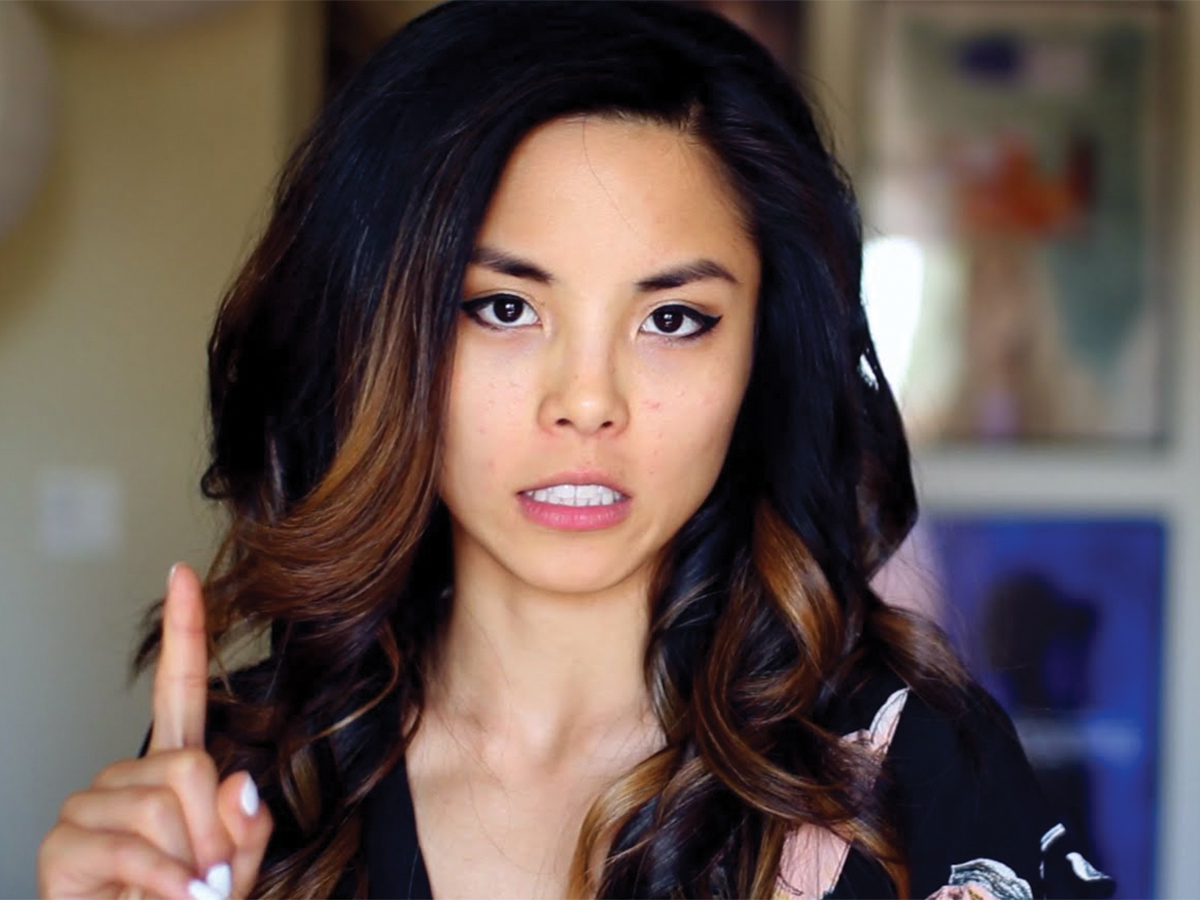 On the evening of Monday, May 22 in HUB 302, Anna Akana, an American filmmaker and YouTube sensation, visited UCR to talk about her newest book titled “So Much I Want To Tell You” as part of APSP’s 2017 Asian Pacific Islander Heritage Month. The book chronicles her adolescence and serves as an anthology of stories dedicated to her deceased sister. Akana also took the time to shed light on important social issues that plague women such as abortion and antiquated beauty standards.

Akana arrived on stage to the screams of many adoring fans. In the midst of the fanatic clapping and woos, she thanked everyone for coming, acknowledging, “I know you’re in the middle of 5,000 midterms.” Afterward, she talked about growing up in an Asian-American household that allowed for a lot of freedom; even though her parents meticulously monitored her occupational goals, wanting her to pursue something in the medical field, she was relieved to find out that they weren’t mad when she dropped out of college to pursue a career in entertainment. Akana would joke with her mother, whom she cited as the more lenient parent, that she’d take up stripping as a profession. It was her conservative father who was often the one giving her flak. She chose to deal with their criticism through comedy.

Despite her cheerful adolescence, Akana’s discussion wasn’t all filled with happiness. During Akana’s senior year of high school, her younger sister committed suicide. At the time, many people offered her the same cliche consolations and at some point it got to Akana. “I have negative one sisters, and you guys still have yours,” she replied to those sympathizing. It was her way of letting people know she was tired of hearing the same somber greetings. Her sister’s death took a significant toll on her life. She remembered the first time she was able to joke about her sister’s death. People at her comedy shows would outwardly show their defiance to her comedic nature but to Akana, it was the only way she could regain power of the sorrow.

During her mid-20s, Akana began writing her book as a tribute to her sister. Throughout the writing process, she found that many of the situations she experienced were applicable to a wide variety of women. The book contains her commentary on her ongoing battle with depression. Akana always wondered why depression was the one mental illness that had to be the result of some huge catalyst. “It’s the only sickness where you have to have some type of qualification in order to verify your condition,” she argued. While undergoing her struggle she found that it was rare that people empathized with her struggle. Understanding her depression better became one of her goals for completing her book.

Another social issue she tackles in her book is the concept of beauty, specifically its relation to women. “You’re supposed to be beautiful, but you aren’t supposed to own it.” That paradox was her main gripe with how beauty standards are subjected onto women of all colors and sizes. No matter what type of beauty you possess, there’s always going to be someone with a suggestion of how you should flaunt it, according to Akana. She admitted to the crowd that she had received breast augmentations for self-love purposes. Akana proclaimed that she wanted to feel on the outside how she felt on the inside. She then advised everyone in the building to do whatever they want to accentuate their appearance, because “the only person your meat sack (body) should matter to is you.”


Akana pulled out her early copy of her debut book and surprised the audience by reading a snippet of one of the chapters. The chapter, titled, “Take your birth control,” was about her experience dating a man she called “Dick.” She and Dick led a tumultuous relationship. They bonded on the set of a production that she was designing backgrounds for and that he was producing. They shared mutual grief over the loss of their siblings to suicide, so naturally, they had a fair share of common ground. Akana recalled that her vanity and incessant need to “change” him from his “player ways” was the eventual downfall of the relationship.

She eventually got pregnant with his child and he asked her to have an abortion. The suggestion was initially rebuked by Akana because in her younger years she had criticized her friends and peers who had abortions. But after mulling over what it would mean for her career and life, she decided it was the right thing to do. Akana expressed her desire to want to bring a child into this world, give it unwavering love and shower it with her attention; however, the position she was in at the time with Dick just didn’t allow her to do so. Akana stuck to her conviction and chose to have the abortion.

It took a full week at a silent meditation center for her to realize that Dick wasn’t the one for her. He bailed on her before the trip even commenced. The trip ended up providing her with clarity on what her new trajectory in life should be. She broke up with him and resolved to never sell herself out for a man ever again.

The last portion of the event featured Akana reciting some newly crafted spoken-word poetry that had never been performed in front of a crowd before. One of the three poems, titled, “When You Know,” was about having agency over a relationship and ignoring the gender roles that often come with being in a pair. It was a powerful piece of work that encapsulated much of her journey as someone who doesn’t quite follow society’s rules. In the end, she bowed and smiled at the audience, thanking everyone again for their attention.

Akana’s appearance on campus was more than just a promotion for her book. She gave so many people a revitalized look at how they should live their lives. If Akana’s accomplishments are any indication, life will throw you curveballs, but the result of those struggles often breed some sort of important change. Samantha Reed, third-year psychology student said, “Anna was a breath of fresh air. She reminded me that none of us have to live life on a straight and narrow path.”