Highlander
Home News News in brief for the week of June 6, 2017 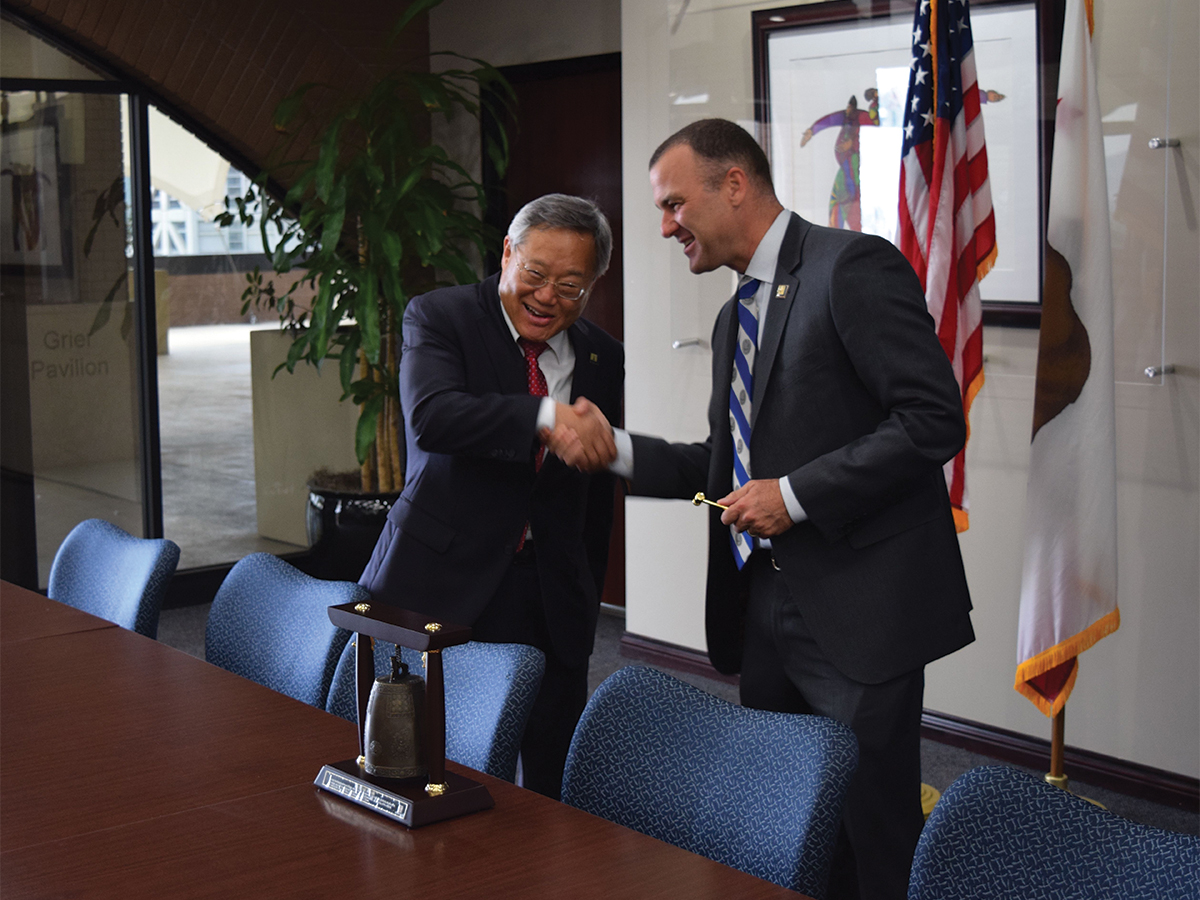 UC Riverside and the Korea Institute of Materials Science (KIMS) in Changwon, South Korea have partnered to establish a new research center to develop new, environmentally friendly materials such as plastics and ceramics.

KIMS is a research institute funded by the Korean government and has committed $300,000 to UCR over a period of three years. This collaboration is sponsored by the office of the provost of international affairs and is supported by the College of Natural and Agricultural Sciences, Bourns College of Engineering and the Office of Research and Economic Development. The agreement was signed by Interim Provost Cynthia Larive and KIMS President Hai-Doo Kim which will effectively initiate the UC-KIMS Center for Innovative Materials for Energy and Environment; this will connect and assist collaboration between students and scientists at UCR and South Korea.

During the visit by KIMS’ delegation to UCR, Kim met with UCR Chancellor Kim A. Wilcox and City of Riverside Mayor William “Rusty” Bailey received the delegation at City Hall and, according to UCR Today, and expressed goals for the partnership to collaborate with local technology companies.

On Friday, May 19, President Donald Trump departed Washington D.C. for his first trip abroad as President of the United States. Trump’s first international trip consisted of a week of traveling to Saudi Arabia, Israel, Palestine, Italy, the Vatican, Belgium and Sicily between May 20-27.

While in Riyadh, the capital of Saudi Arabia, Trump signed a historic arms deal with King Salman bin Abdulaziz al-Saud at $109.7 billion. It is the largest arms deal in history and is expected to grow to $380 billion within 10 years due to Saudi investment. This came despite Trump’s consistent blaming of Saudi Arabia for “producing the terrorists behind” the September 11 attacks as well as accusing them of committing war crimes during his campaign. Trump also stated that Saudi Arabia should not be allowed to sell oil to the U.S if they do not commit ground troops to fight against IS (Islamic State Group) and once accused the country of killing gay people and enslaving women in June 2016.

White House Press Secretary Sean Spicer said that this deal will be beneficial for U.S. employment and economy. Despite these claims, a Gallup poll shows that only 31 percent of Americans have a favorable view of Saudi Arabia.

On Monday, May 22, Trump flew to Tel Aviv in order to visit Israeli Prime Minister Benjamin Netanyahu, as well as visited Jerusalem and President of the State of Palestine and Palestinian National Authority Mahmoud Abbas in Bethlehem.

During this trip, Trump became the first sitting president to visit the Western Wall in Jerusalem.

After this visit, Trump renewed a waiver to keep the U.S. embassy in Tel Aviv contrary to what he said he would do during his campaign. A senior administration official stated that while Trump still believes in moving the embassy, he wants to keep it in Tel Aviv in order to preserve peace talks between Israel and Palestine.

UCR political science doctoral student Ian Oxnevad stated that moving the embassy would not mean much logistically, “but would be a huge symbolic gesture with potentially large repercussions in the region.”