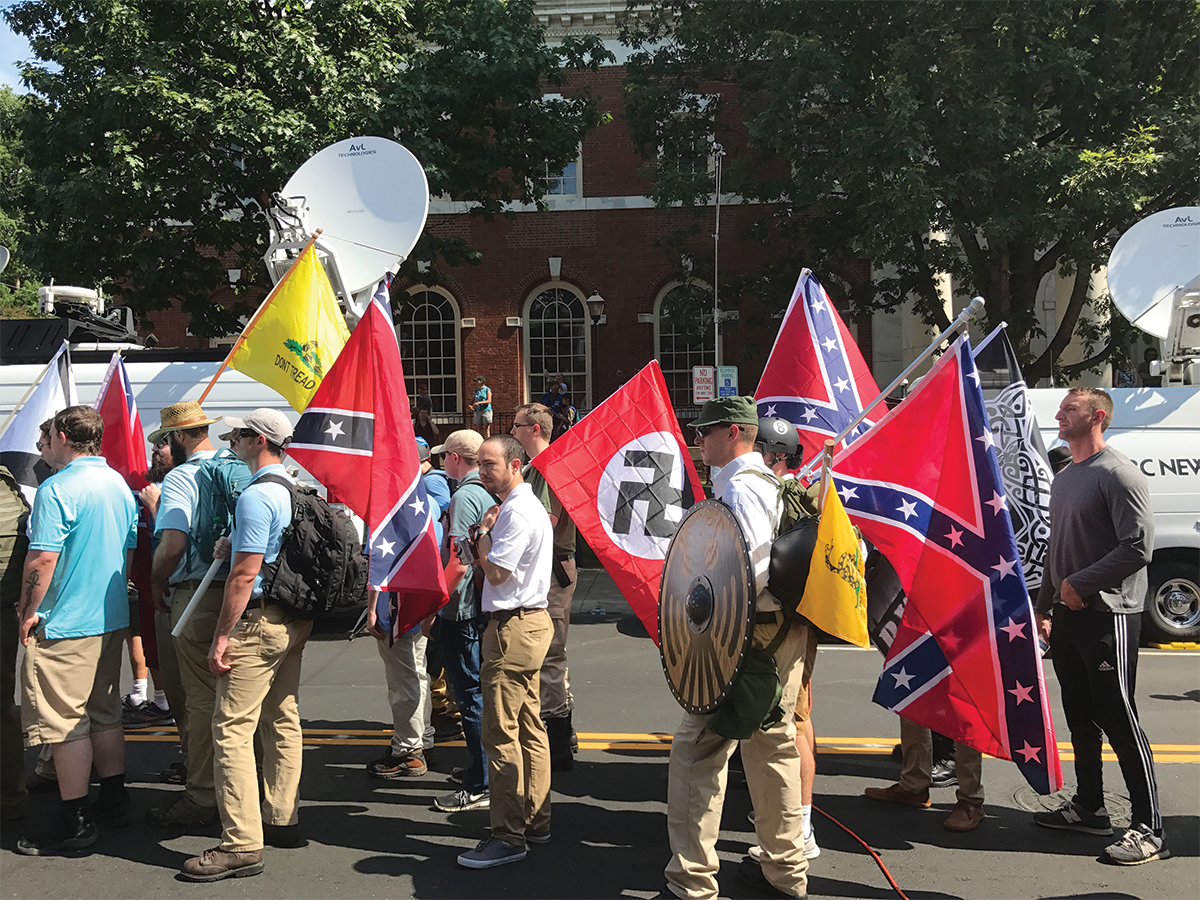 As our country’s political and social climate becomes more strenuous by the day, media outlets are faced with a unique problem: Their coverage can bestow power on hateful extremist groups.

This summer we saw a slew of media outlets cover the protest led by the so-called “alt-right” — a group that devotes itself to hate-fueled white nationalism and ethnocentrism — in Charlottesville, Virginia, where a group of armed white nationalists organized a march that, after clashes with counter-protesters, ended with dozens injured, and three dead. Since the incident, the topic of the “alt-right” has spiked in popularity and, with that, concerns about the potential spread of their ideology arise. Events such as Charlottesville call to question whether covering bigoted and hate-promoting groups such as the “alt-right” allows them a platform to spread their ideas via the mainstream media, and whether it would perhaps be better to deny them coverage with that in mind. Yet, coverage of the alt-right also makes them vulnerable, and further exposes the truly ugly nature behind the ideologies they preach to a majority culture that rejects their message.

In addition to the “alt-right’”s public appearances, their tactics involve spreading their ideas through social media and memes, making it difficult to ascertain their actual size. The attention on the “alt-right” has been exacerbated by the media homing on their every move, and this level of attention has inadvertently given them a platform to propagate their message to a wider audience through conventional media outlets.

Coverage of the “alt-right” comes with its own set of drawbacks. When comparing the “alt-right” to political parties, they pale in size and power, but also seem to have a stranglehold over mainstream media coverage. This begs the question, just how much influence has the media given the “alt-right?” Even before the violence in Charlottesville earned vast public attention, the “alt-right” has been a central conversation topic within many different social realms, whether it be political discussions or general conversation, especially on college campuses. The alt-right’s widespread coverage by major news publications has given them the attention of people who would otherwise have no interest in fringe political movements. It is apparent that the media has given the “alt-right” a sizeable amount of its influence by amplifying the reach of its rhetoric.

However, while the media has definitely given the “alt-right” a great deal of exposure, a majority of the time, it serves to encourage the public to reject their hate-driven ideologies, and further condemn their existence. We have seen religious groups, some conservatives, politicians and celebrities, all of whom have large followings, come out and openly reject and chastise the “alt-right.” For example, after the events that transpired in Charlottesville, high-profile celebrities, including John Legend, Ellen Degeneres, and Lady Gaga, took to Twitter to denounce the protests. Even conservative politicians such as Senator Ted Cruz openly deemed the actions of the “alt-right” at Charlottesville to be a “grotesque act of domestic terrorism.” Although the “alt-right” seems to have a massive online presence, much of the attention that they receive is highly negative, and they are being openly denounced on all sides of the political spectrum.

While mainstream media focus has brought the alt-right’s ideology in direct conflict with a majority that rejects white nationalism, the media’s approach to covering “alt-right” related news is not without flaw. Oftentimes, outlets have a tendency to exaggerate or satirize the group’s presence. Sure, the group isn’t large in scale, but joking about their existence threatens to dilute the seriousness of their hateful rhetoric. The media’s coverage of the “alt-right,” despite the various negative consequences it can bring, is necessary for not only informing the public about our currently shaky racial climate, but also to help their audience knowledgeably combat the promotion of hatred and discrimination.

The “alt-right” is a movement that will inevitably grow in power if continually given overwhelming attention by the media. Therefore, the public shouldn’t home in on how the media may be giving the “alt-right” group too much power, but rather how their coverage is promoting an environment in which that group’s ideas can be challenged openly.