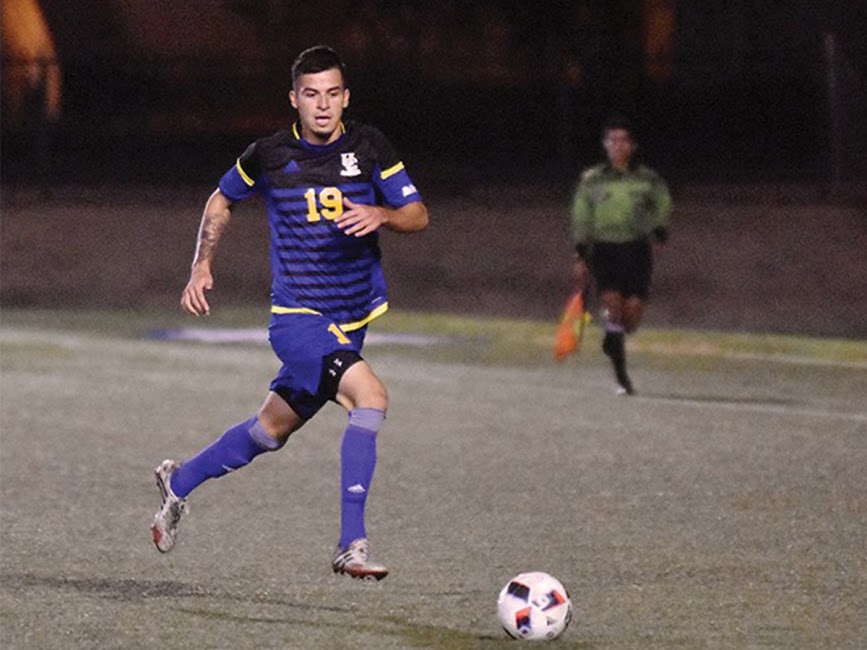 The winless UC Riverside’s men’s soccer team (0-9-0) continued to struggle last week, taking two losses at the hands of Loyola Marymount University (2-6-2) on Sunday, Sept. 24 and Cal Poly (5-4-0) on Thursday, Sept. 28. Head Coach Tim Cupello admits that the nine-game losing streak to start the season has been difficult for the team to cope with.  “It’s always challenging when you lose,” shares Cupello, “We’re competitive people by nature so we step on the field of competition looking to get a positive result.”

Cupello says even though the team has lost every match, it hasn’t gotten any easier for his players to accept defeat: “They care. You can see it on their faces. The guys on the field are giving it everything they’ve got and it’s tough for them. In the moment you have to deal with the loss, but our focus is trying to improve every day.” Cupello also added that the team is a tight-knit group and help each other stay positive. The players focus on trying to improve every day and hold each other accountable so they can continue to move forward after a loss. Cupello understands it’s his job to gauge the temperature of the players and make sure no one is taking losses too hard, which is something he handles through one-on-one sit-downs.

The third-year head coach makes sure his players understand that establishing a winning culture is a process. Cupello wants to see improvement from his squad from day-to-day and he understands the results are a byproduct of where they are in the process. Improvements have been a big area of focus for Cupello and the team, both because they want to break through to victory and it’s what the team can draw encouragement from when they aren’t getting wins. For Cupello, noticing the small areas of improvement is what keeps him motivated to come into work everyday. Though the team is struggling to put points on the board, he is encouraged by the increase in scoring opportunities and he has similarly seen improvement in is the team’s ability to retain possession of the ball during longer stretches of the game. As long as Cupello sees an upward trajectory from his team’s play, he’ll continue to have faith that they can turn this thing around.

Despite all the losses so far, Cupello feels UCR is close to breaking through and getting a win. “I believe in this team. I believe that we’ve shown improvement every match and every week,” says Cupello. “The fact that there has been growth keeps me optimistic and we’re not that far off.”

UCR men’s soccer has their first in-conference home game on Thursday Oct. 5 at 8 p.m. against Sacramento State University (5-4-0), whom they beat 2-0 on the road last season.