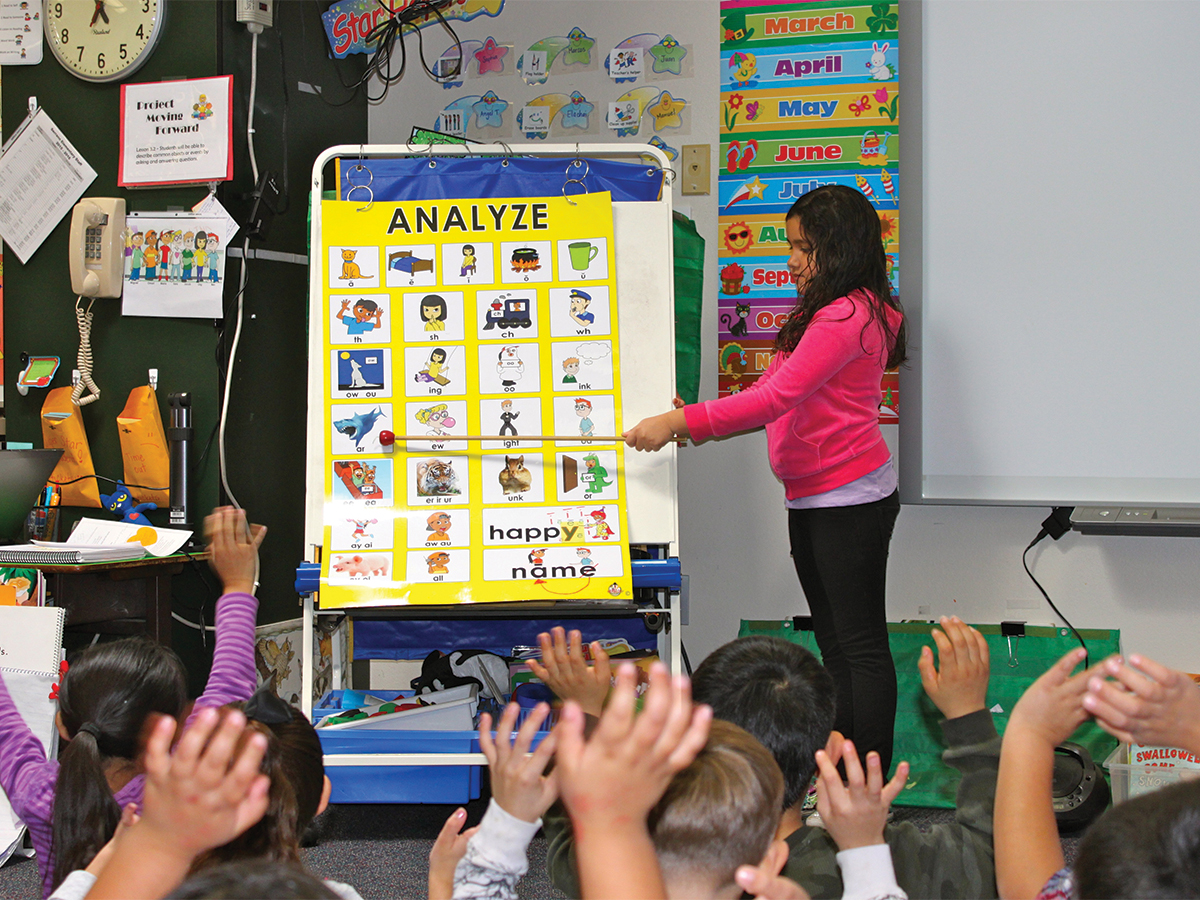 The Project Moving Forward language program received a $2.7 million grant from the U.S. Department of Education and a Model of Excellence award from the Riverside County Office of Education.

The program, spearheaded by UC Riverside’s Graduate School of Management by educator Dr. Linda Navarrette, launched in six California school districts, including Moreno Valley Unified School District, and in 100 schools across eight states. Its purpose is to help English learners develop their command of English early in their elementary school careers. With this approach, the program aims for its participants to be proficient in English by the time they leave kindergarten.

The program often exceeds these expectations, as it regularly sees students leaving kindergarten with first or second-grade reading levels. Dr. Navarrette finds that the program sees its most success when students enter at a younger age, when they will absorb the English language faster. By developing them from a young age, the program hopes to significantly reduce the amount of students struggling with English during the later stages of elementary school.

“Many English learners face daunting linguistic barriers. They must learn the English language and at the same time learn content across the curriculum,” said Dr. Navarrette. She went on to explain that the way the program helps students overcome this difficulty is through “a method entitled the rule of three.” This approach emphasizes three phases of learning language: Rehearsing words, analyzing words and producing words.

The aim of the grant is for the program to expand further than the Moreno Valley Unified School District and into the broader Inland Empire. The program’s potential is noteworthy, as nearly 22 percent of all California students are learning English as their second language, per the state’s Department of Education. With this high a percentage of students potentially catching up with their classmates in understanding English, English learners become less likely to struggle in their curriculum due to language barriers. Navarrette hopes this substantial portion of California’s students are able to compete on level grounds with their peers, which could improve already increasing completion rates in the Inland Empire.