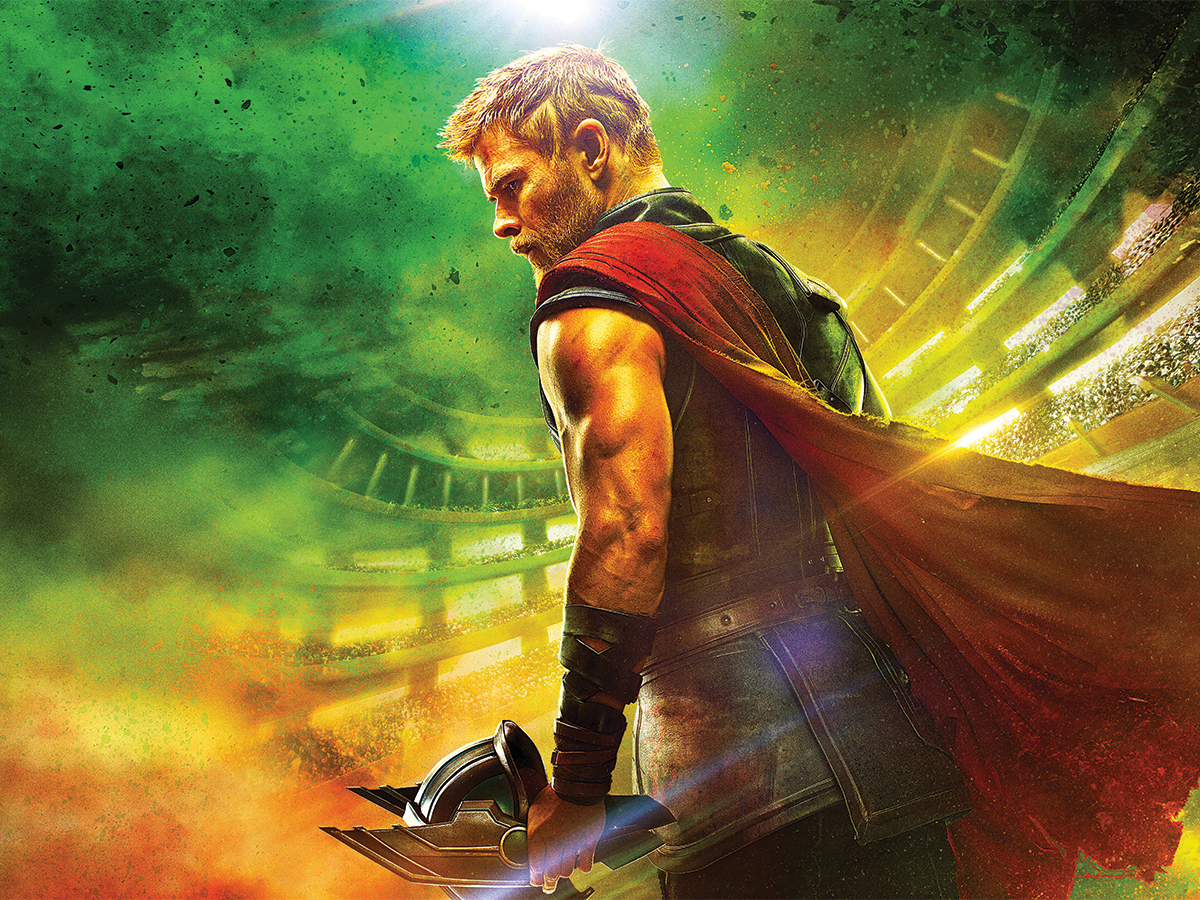 The Highlander would like to thank ASPB for their free screening of “Thor: Ragnarok.”

Marvel’s Cinematic Universe continues with “Thor: Ragnarok,” which follows our favorite hammer-swinging Asgardian as he simultaneously tries to free himself from imprisonment and save the kingdom of Asgard. The 2017 film, which is directed by Taika Waititi, is highly entertaining. Boasting great acting, effective jokes and timely punchlines and intense fight scenes, the film’s only shortcoming is not having a good plot line that leads up to its closing scene.

The opening scene finds Thor (Chris Hemsworth) explaining what he did with his time during “Captain America: Civil War” as he embarked on a lonely journey in search for the remaining Infinity Stones. Caught in a trap by the evil Surtur (motion captured by director Waititi himself) Thor learns of the legend of Ragnarok and the destruction of Asgard. The movie then quickly picks up speed as he heads back to his kingdom, only to discover that  a great threat is arriving, in the form of Odin’s (Anthony Hopkins) firstborn: Hela, Goddess of Death (Cate Blanchett).

A Marvel movie much lighter in tone than previous entries, “Thor: Ragnarok” does a great job entertaining the audience with its humor and action. Hemsworth and Hiddleston continue to bring a charming dynamic of sibling love like in previous films. Like any other siblings, they have their arguments and the occasional backstabbing, but eventually make up.

The comedy in the film helps to lessen the seriousness of the catastrophic events taking place. Largely thanks to the presence of Bruce Banner, The Incredible Hulk (Mark Ruffalo), the film was able to keep the audience laughing all the way into its final moments. After a failed attempt at plummeting down to Thor’s aid as his powerful superhero form, Banner arrives to do what he does best.

Blanchett continues to bring her A-game, and within the first two seconds of her appearance she exudes a sinister presence, maniacal smile and all. Camera close ups anticipate Hela’s  power, which makes Thor and Loki weak by comparison. “Thor: Ragnarok’”s most intense scene is, ultimately, the standoff between its villain  and heroes. Their fight is filled with exciting moments, like surges of lightning erupting from Thor’s body as his sister nearly defeats him; as the camera zooms on the God of Thunder’s body, one could say he turns super saiyan.

Verdict: “Thor: Ragnarok” is more of the great MCU characters but with a lighter, more fun tone — without holding back on the action-packed fight scenes that made other movies in the series entertaining.