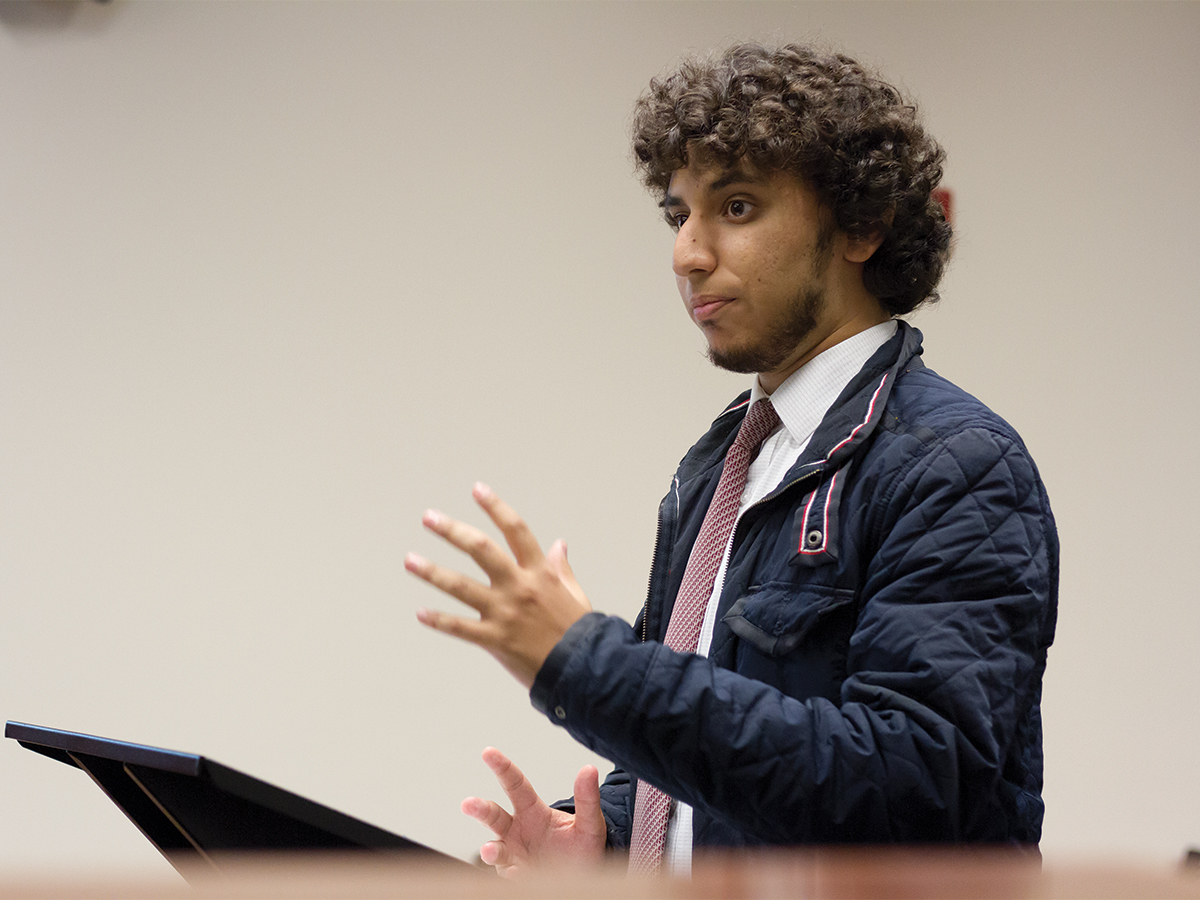 The main focus of ASUCR’s fourth senate meeting, which began promptly at 6:30 p.m. on Wednesday, Nov. 1, was to vote on the appointment of justice nominee, Mina Hanin, a fourth-year political science major. Hanin’s term would be for one year only, unlike the traditional two-year term the other justices receive; Hanin would take up the vacant role on the judicial council that was vacated by Kathryn Yip, who left last year prematurely.

During his speech, Hanin stated he wants to “maintain a transparent, fair and efficient relationship between all three branches of the student government.” Hanin said his goal is to serve the student population and “leave a positive impact on the community.”

After his speech, Executive Vice President Carisha Moore requested that the members of the galley, including Hanin, exit the room so the senators could hold a brief private discussion on his appointment. Following the discussion and a private vote, Moore announced Hanin’s appointment was approved.

During senate reports, CHASS Senator Dana Dinh shared that she is working alongside the Native American Student Programs to celebrate Native American heritage month. CHASS Senators Semere Mengistu and Grant Nakaoka then divulged their proposal to reboot the multicultural festival, with the goal of establishing it as a recurring festival following a two-year hiatus. Nakaoka says the event will provide organizations and clubs an opportunity to fundraise and expose students to each other’s culture.

BCOE Senator Patrick Le offered updates on his efforts to provide a commuter meal plan. The meal plan, shared Le, would provide one free meal per day for commuters and is intended to combat hunger many off-campus students face. The source of funding for this meal plan is still unknown, but Le hopes to draw from tuition or student fees to reduce individual cost. Le suggested this new proposal would make commuters the majority population served by Dining instead of freshman.

ASUCR’s next senate meeting will be held this Wednesday, Nov. 8 inside the senate chambers (HUB 221).