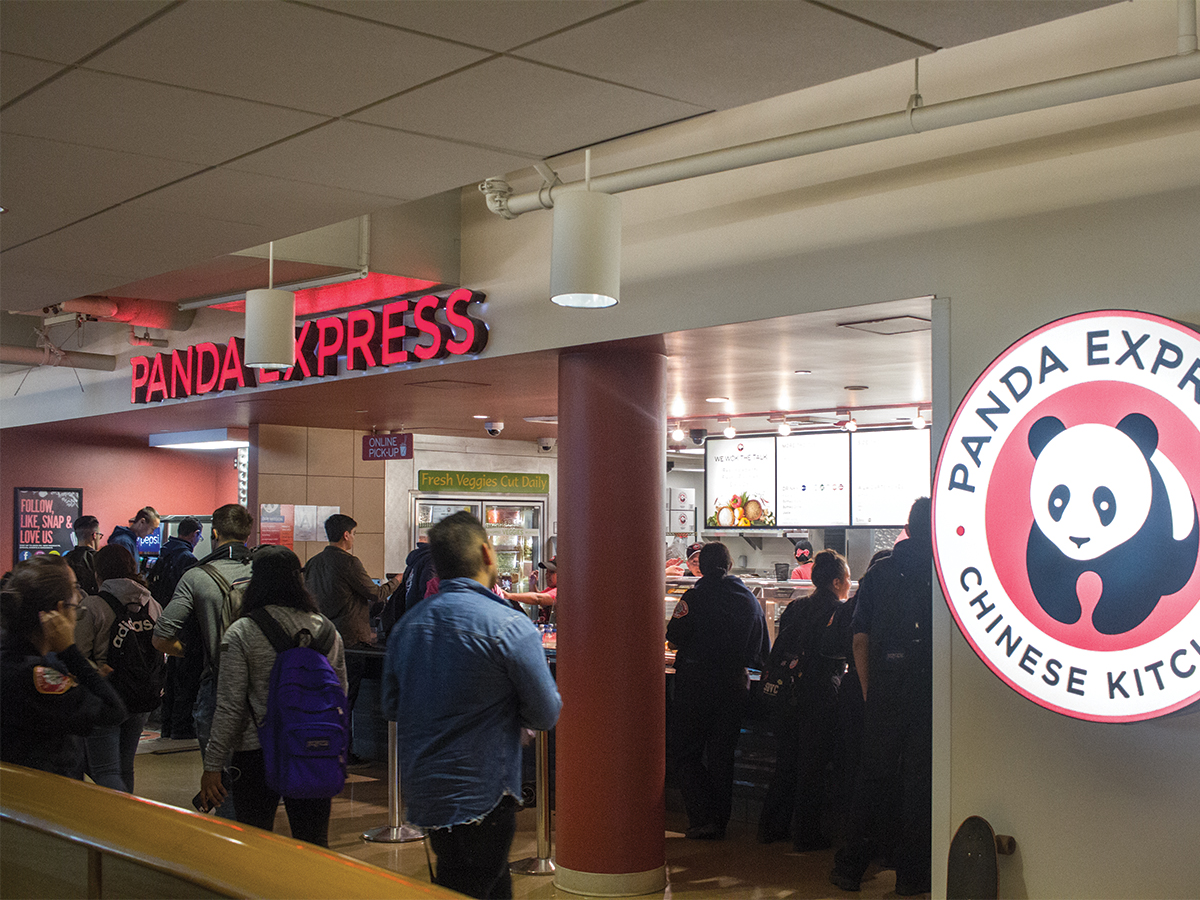 In recent weeks, UCR’s Muslim community has demanded more halal options on campus, an issue that was first raised during an ASUCR meeting on Oct. 4.

To learn more, the Highlander sat down with the Executive Director of Dining, Hospitality and Retail Services, David Henry, to discuss current and future halal options.

Henry discussed the University of California Office of the President’s (UCOP) and UCR’s recently closed deal with family-owned Fresno, California-area poultry farm Mary’s Chicken to supply all of UCR’s chicken products. The agreement, signed early last week, will resume a relationship with the farm that first began three to four years ago. According to Henry, the farm was struggling to keep up with UCR’s demand, causing them to find other suppliers.

Currently, Mary’s Chicken, which supplies chicken to other UC campuses, including

Berkeley and Davis, has grown tremendously, allowing them to keep up with the volume needed for large institutions like UCR. This new agreement was reached after Mary’s Chicken successfully won UCR’s poultry supply bid, upon which UCR discovered within the last 30 days that the company has the ability to supply all of their product lines halal-certified. Beginning in January, Henry expects that most chicken served in UCR-owned restaurants such as dining halls and non-third party HUB concepts will be supplied by Mary’s Chicken, adding that the “new agreement would enable us to have Halal Chicken as our only option.”

Though their products have not been certified halal yet, Mary’s Chicken has expressed a willingness to certify some items in the future through Iowa-based Islamic Services of America. In an email sent last week, Henry noted that Dining is “able to get all of our product needs Halal certified, which we intend to do.”

A statement obtained via email from the head of Mary’s Chicken, David Pitman, said, “We are looking forward to growing more birds for them (UCR) and more items.”

UCR’s beef is mostly supplied by Harris Ranch, a central California beef farm. Nonetheless, it has been more complicated to source products such as hamburger patties that comply with halal standards because of a mushroom-beef blend that is used for sustainability purposes.

Sourcing meat products that are halal does have an additional cost, according to Henry. “The cost to get chicken breast halal certified is about a less than 2 percent additional cost. Ground beef on the other hand,” consisting of their beef and mushroom blend, “is right around an 8 percent increase,” said Henry. Henry explained that though there is no concrete data yet to accurately assess price impact, he believes that the cost to supply halal chicken is manageable enough to keep prices constant.

For third-party vendors, it is not required they supply their meat products halal certified, but it is “strongly suggested,” according to Henry. “Some of the national brands do not want to change their policies, so we put it in there saying we strongly suggest that you serve halal, or kosher, or vegan, or vegetarian as frequently as you can,” Henry explained. He continued, “These are national brands, so you can write it in, but if they they strike it or say they are not signing, then what is our choice?” Dining is working with new on-campus brands like Chronic Taco and The Habit to transition to halal products but urged patience as Henry believes, “I think you will find that they will be willing to adopt (halal options) … but we do not mandate it.”

Recently, students have raised questions about Panda Express’ food practices, accusing the restaurant of using the same oil to cook all of their meat products in, allowing for cross-contamination with pork, which is haram, or prohibited, in Islam.

Typically, as Henry explained, the restaurant industry is particular about separating oils that cook meat and vegetables, but do not segregate friers for different types of meats, such as beef and pork. “If those complexities wanted to be considered, it is not impossible, but what you will find is somebody is going to say that ‘I have to make more investment into more equipment so I’m going to have to start raising prices because how am I going to get the money back at the end of the day?,’” said Henry. “If we want to drive them to do more unique things, there is going to be cost complications to that, so is the customer willing to pay more for that?”

Logistically, according to Henry, it is complicated to enact supply-line changes. “Sometimes I find that people look at us and say … ‘why can’t you just go out and buy it’ like it exists on a shelf somewhere. Sometimes, those specific interests might not be as available as you might think,” said Henry. He emphasized the extensive research and development necessary to find new vendors and distribute and sell the product for a reasonable price.

Henry expressed that there will be a marketing campaign to notify students of such changes, likely beginning in late fall quarter of 2017 or early winter quarter of 2018.