Highlander
Home Features The Fast Lane: The 2018 Mazda 3 Is all the car you... 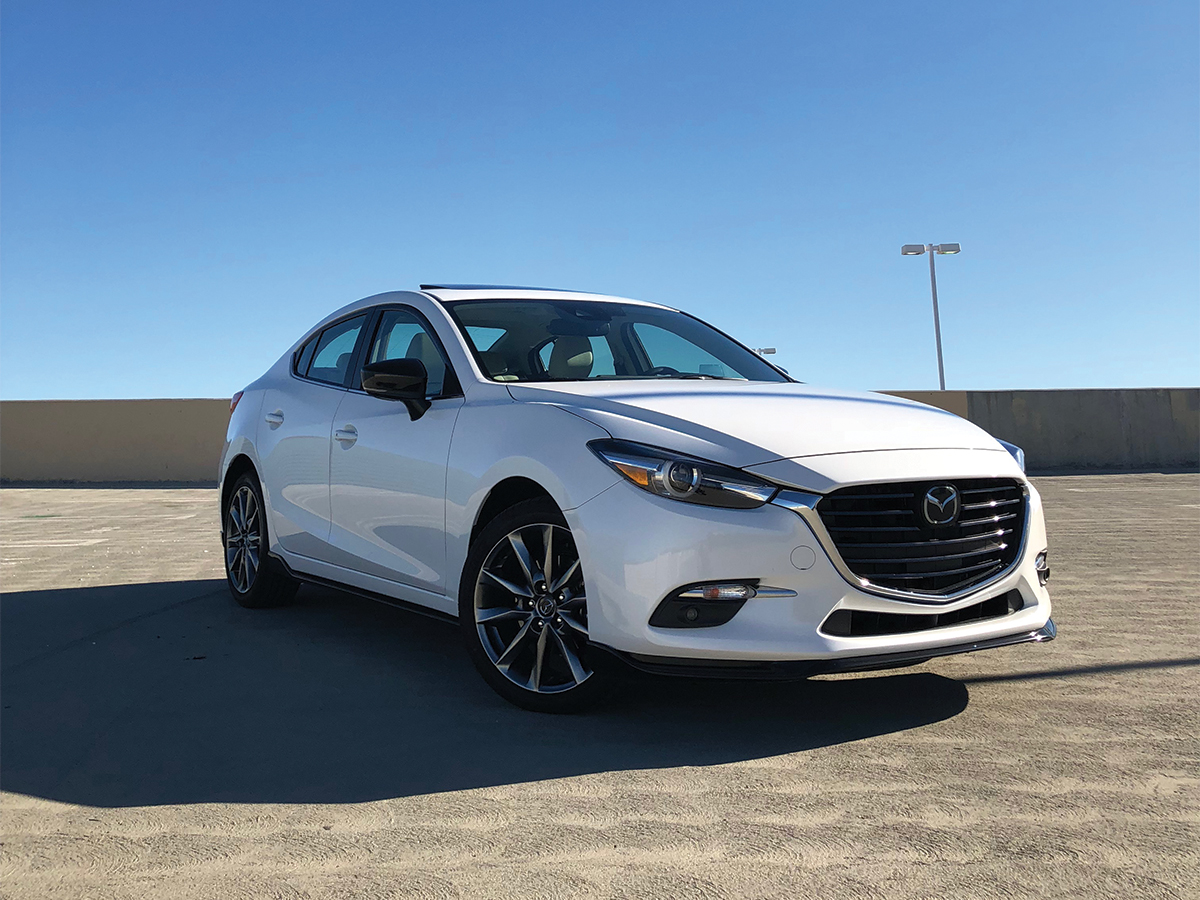 Mazda has been building a solid reputation for themselves lately by making premium fun-to-drive cars at competitive prices. Their products are generally the most engaging to drive in their class and offer premium technology that isn’t generally found in competitor cars. The story isn’t much different for one of the oldest models in their lineup, the 3. When the current third-generation 3 was launched in 2014, it was applauded for its excellent driving dynamics and high-quality interior, positioning the car at the top of its class. But since then, competitors like Honda, Hyundai and Chevrolet have redesigned their competing cars, giving the 3 a run for its money.

What put the Mazda 3 ahead of its class was its fun-to-drive compact with sporty handling and attractive looks. To delight, not much has changed with the introduction of the current third generation of the Mazda 3. The car is still arguably one of the most engaging cars in its class and benefits from Mazda’s elegant and attractive Kodo design language. As with the rest of their lineup, the Mazda 3 maintains a very premium look with its almost conservative styling theme. The 3 is well proportioned too, with a long front end and very short rear boot lid, almost reminiscent of the second generation Lexus IS. The beautiful LED headlights have chrome accents that flow into the grille and give the car a more agressive look up front. In comparison to cars like the Chevrolet Cruze and Honda Civic, which are a bit over-styled for my taste, the 3 looks a bit more upper echelon.

The interior is where the 3 really knocks it out of the park. Over the course of the week I had it, all of my passengers were shocked by the high level of build quality and the elegant design of the interior. Although I’m not much of a fan of the fixed screen which pops up from the dash, the overall design of the interior has a very sophisticated look to it. I found the cockpit itself very comfortable, having enough head and knee room, but the backseat was tiny in comparison to most competitors. The infotainment system looked a bit dated, lacking Apple CarPlay and Android Auto connectivity, and was slow at times — although straightforward and simple to use overall. My top-trim Grand Touring model was equipped with a beautiful two-tone parchment and black leather interior, which made the 3 look like it cost twice as much more than it really did, giving it an elegant and upscale look.

The Mazda 3’s powertrain is where it shines most though. It’s evident that Mazda has gone through great lengths to ensure the 3 is a true driver-focused car. The 3 is no performance car — it doesn’t compete with sporty compacts like the Honda Civic SI or Volkswagen GTI — but it handles almost as good. In large part, this is is due to Mazda’s SkyActiv G-Vectoring control, a program that makes the front tires respond sharply to steering inputs by briefly diminishing engine torque when going around a corner. The 3 is no slouch either; the peppy engine in the vehicle I tested makes 184 horsepower and 185 lb-ft of torque from a 2.5-liter 4-cylinder (also available is the base 2.0 liter 4 cylinder making 155 horsepower) and will hit 60 mph in around 7 seconds. The presence of a sharp-shifting 6-speed automatic over a CVT (Continuously Variable Transmission) made driving with an automatic all the more fun (also available is a slick 6-speed manual). Its excellent handling and steering feel assert it at the top of its class, dynamically, with the Volkswagen Golf.

Despite being one of the older entrants in its class, the Mazda 3 is still loaded with technology. For 2018, all 3’s get forward collision warning and automatic emergency braking standard in addition to the already standard rearview camera and other infotainment features. My top-of-the-line Grand Touring model had every option checked off, coming with a blind spot monitoring system, lane keep assist, rear cross traffic alert, a Bose premium sound system, a head-up display with traffic sign recognition, navigation and a radar-assisted cruise control. Some of these features can’t even be had as an option on competitors and are typically found on much more expensive cars. The 3 sedan starts at an affordable $18,095 while the available 5-door hatchback starts at $19,345.

While the 3 is a very well-polished all-around compact sedan, it does have its shortcomings (albeit very few). While the 3 does come packed with plenty of equipment, it was missing some small features like cooled seats and Apple Car Play or Android Auto which can be found on most competitors. The cabin also felt a little loud at highway speeds and the backseat is cramped, especially in comparison to competitors like the Honda Civic. However, many of these minor shortcomings are more than likely going to be addressed when the redesigned 3 goes on sale next year.

The Mazda 3 may be nearing the end of its life cycle but despite being an aging entrant in the highly competitive compact sedan segment, the sporty sedan still manages to remain competitive. The 3’s brilliantly tuned suspension, excellent fuel economy, and well built cabin blend together to create a perfectly packaged driver focused commuter car. It’s that formula that makes the 3 strongly worth considering over most of its competitors and why it sits at the top of my list.

The car used in this review was provided courtesy of Mazda USA.