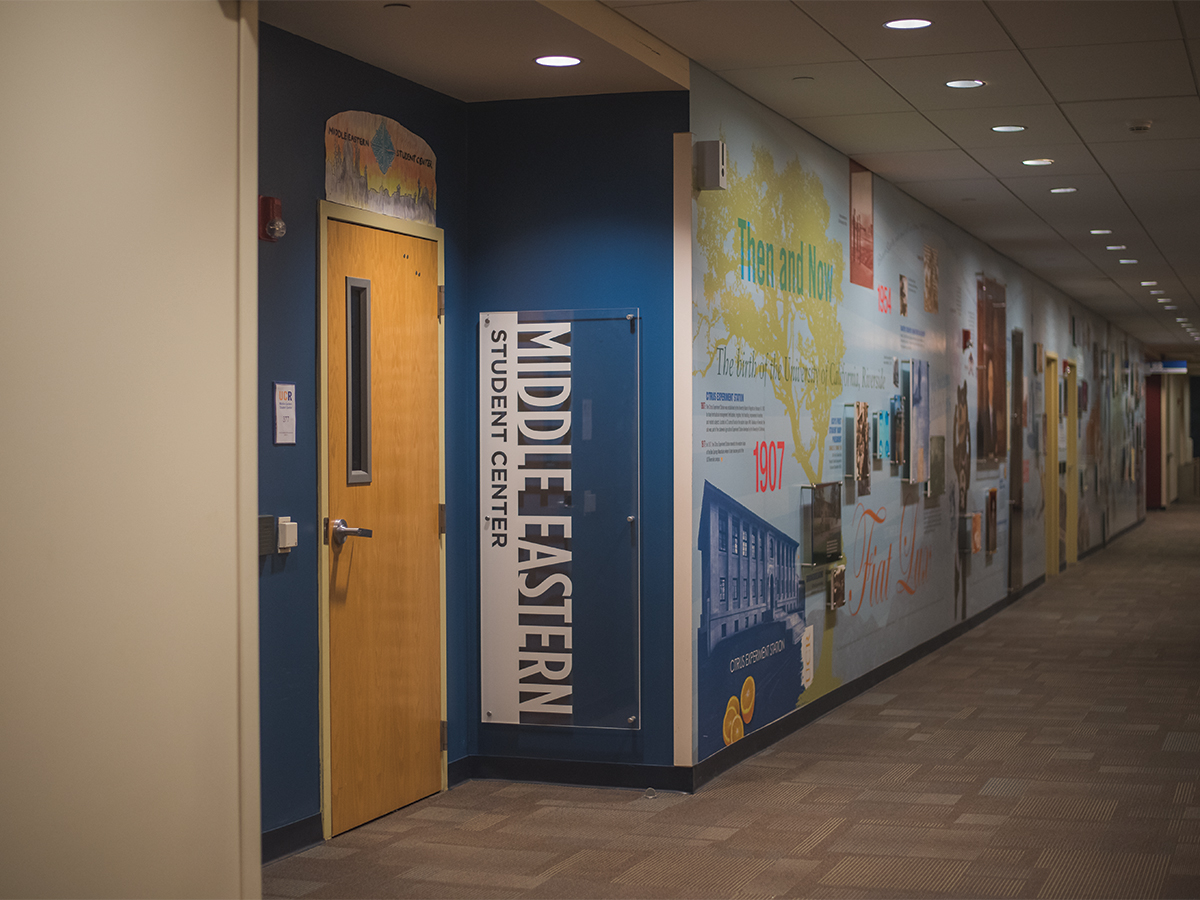 Almost three years after UC Riverside’s Middle Eastern Student Center (MESC) moved from HUB 361 to HUB 377, it has shown interest in expanding yet again, only this time with a relocation into Costo Hall.

The MESC has been a part of UC Riverside’s campus since 2012 when it officially moved to HUB 361, a small office space on the third floor of the HUB, and moved to their current location in HUB 377 during the summer of 2015. In an email interview with The Highlander, Tina Aoun, director of MESC, explained that the center serves as, “your central place of community, inclusion and celebration of the Middle Eastern culture. We promote respect by encouraging educational dialogue to break down barriers and shine a light on topics related to the Middle East.” Aoun continued, “We are here to help support and advocate for MENA (Middle Eastern and North African) students and make them feel a part of the greater campus community, while making institutional change and developing student leaders.”

While MESC has shown relative success in its endeavors, its members and faculty feel it has outgrown its current space. Aoun went on to explain that a move from the current space would allow the current students of MESC to have a larger space with more resources, including a computer lab. She went on to add that the move will help their students feel less isolated from the rest of the student centers in Costo Hall.

However, moving to Costo Hall could prove significantly more difficult than their initial move from HUB 361 due to the physical limitations currently facing the hall. Interim Assistant Dean of Students and supervisor of the programs, Joe Virata offered his input on the matter in a phone interview with The Highlander. “We are always looking for more space, hoping we can create better, stronger places for the offices,” said Virata.

He went on to explain that Costo Hall is supposed to follow the “neighborhood model” in which different student centers interact with one another, but current limitation of size forces the department to be creative in deciding where to allocate the spaces. Allowing MESC to move in would require another student center to relocate because the current size limitation makes it impossible to include every student center they would like to. While there is currently no plan to physically expand Costo Hall, he noted that this would not permanently prevent the MESC from moving in.