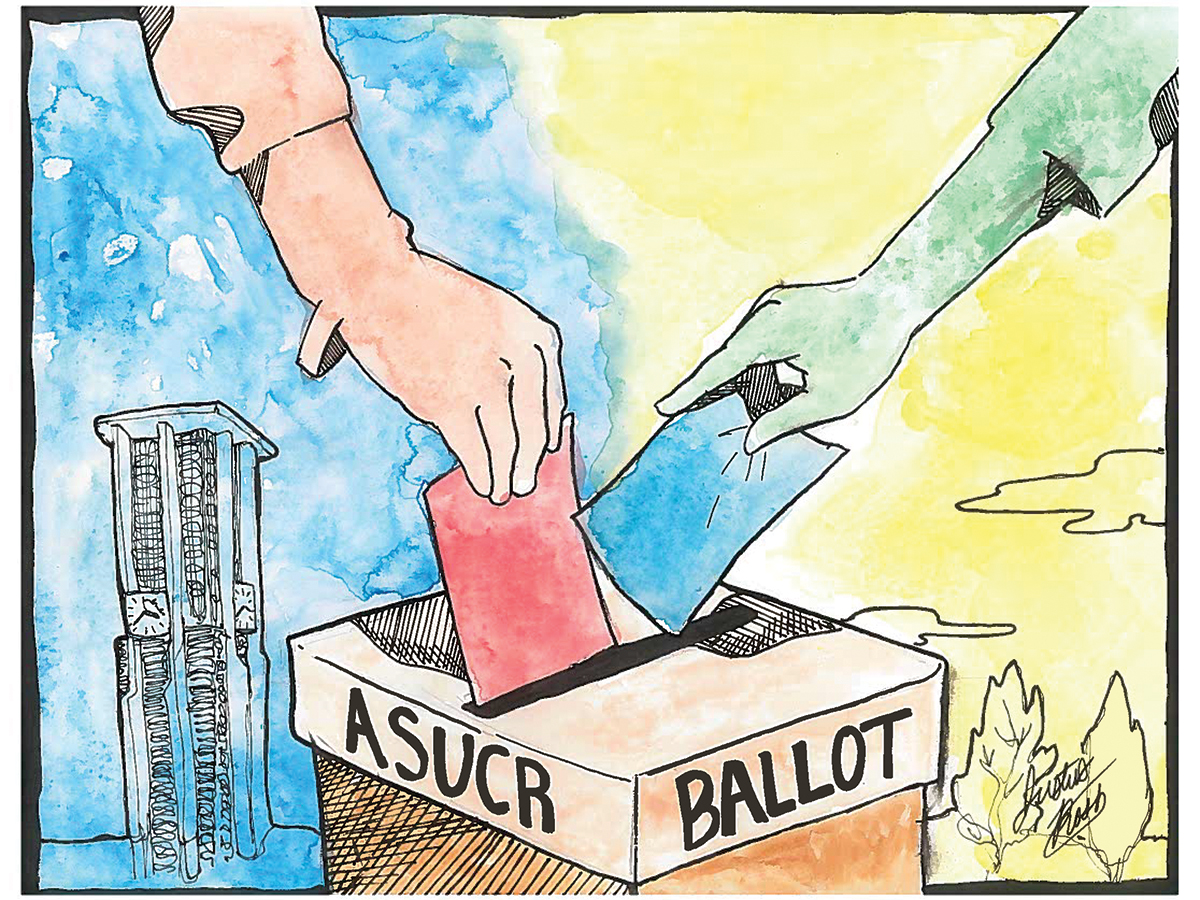 On Wednesday, Dec. 6, 2017, ASUCR’s final meeting of the fall quarter saw an outpouring of vocal opposition against the use of political parties in the coming ASUCR elections. Some in attendance cited concerns about the potential corruption and “unethical leadership” that a political party can fall into, as well as the unfair advantages that some parties will inevitably have over others. Though there are certainly some benefits to using the party system for student elections, it is clear that the stigmas created by controversies in past years surrounding alleged unethical campaigning by political parties have not yet faded from memory. As a result, many students are disillusioned and untrusting of the candidates and ASUCR as a whole, and conclude that there is simply no point to voting.

If ASUCR wants to improve both their public perception and voter turnout, there are two powerful steps they can take: First, conduct 2018’s elections with an independent-only system, which would demonstrate that the candidates who step forward in 2018 are those who want to earn students’ votes based on the merit of their platform, and not the popularity of their party. Second, completely ban laptopping, the ethically dubious and once-banned practice of approaching a student with an unauthorized internet-capable device and asking them to use it to vote.

There is plenty of utility to an independent-only system for elections. A candidate who has to run as an independent will have to work harder to reach out to students and earn their votes through the quality of their platform and ideas. They would not be able to succeed simply by riding on a party’s name. This in turn would create a more level playing field and increase competition between the candidates for each position.

The independent-only system is obviously not a perfect one. There are a little over 20,000 undergraduates enrolled at UCR as of fall quarter, and an independent candidate can easily be overwhelmed by the prospect of reaching even a fraction of that population and earning each individual’s vote. This process can exhaust even the most well-connected candidates, and lead less popular but highly qualified candidates to drop out due to the sheer difficulty of balancing their campaign on top of their existing workload as a student. This is not to mention the considerable financial strain of making campaign materials like flyers and posters.

This problem is why some might argue in favor of the party system, as a political party offers a network of financial and interpersonal support for its members and turns campaigning into a group effort, thus relieving the burden on each individual member. Additionally, grouping candidates with similar platforms under a single party’s banner makes it easier for voters to keep track of which candidates stand for what values and goals, and the independent-only system lacks this convenience.

Yet, the vehemence of the opposition at the Dec. 6 meeting reflects a lingering distrust of political parties among the student body, and underscores the need to use an independent-only system in future elections. For many, the mere mention of student elections conjures up memories of past controversies, such as those regarding election rule violations by [OUR]Voice, as well as the discrimination done by [YOUR]Side in 2015. This, unfortunately, has poisoned the well for future elections; even if a new political party were to form, one that has no connection whatsoever to previous controversies and unethical practices, the party would still have to operate amidst that lingering suspicion.

Laptopping, much like the party system, also leaves students with a bad taste in their mouths about elections (not to mention the abhorrent cybersecurity risks it poses). In March of 2017, ASUCR clarified their definitions of legal and illegal laptopping practices, but allowing laptopping under some conditions doesn’t change that, on top of being a risk to login credentials, it’s simply a nuisance to many busy students (much like other kinds of solicitors). On top of that, for students who already distrust the electoral process, being laptopped is likely to reinforce their negative view of the electoral process — after all, the practice of laptopping treats voters as someone to demand a vote from, rather than someone with agency who ought to be honestly persuaded that a candidate deserves their vote.

One might argue that laptopping could increase voter turnout by enabling students to vote without having to stand in line at a designated polling area. However, this comes at the cost of aggravating students by pestering them to vote right that instant (likely interrupting the student’s other business), instead of letting them vote at their own leisure. Low voter turnout is indeed a recurring issue in ASUCR elections — only 21 percent of students voted in 2017’s ASUCR elections, down from 31.5 percent in 2016 — and it begs the question of whether the results truly represent the students.

Yet, raising student voter turnout requires a better solution than the superficial convenience of laptopping. If students felt like candidates were more honest and attempted to earn their vote through good policy, perhaps more would get out to vote. Removing both the party system and the ability to laptop would go a long way toward that end, requiring candidates to truly earn the vote on their own merit rather than by riding the party’s coattails or shaking down students for a vote.

The fact that many students clearly remain jaded about the ASUCR electoral process  demonstrates the need for the organization to adopt an independent-only system going forward. Although there are conveniences to using the party system, an independent-only election provides a lot of the same benefits and limits the potential for corruption. Part of rebuilding students’ faith in the yearly elections will require a greater commitment to making sure the problems of past elections don’t repeat themselves, as well as being responsive to students’ concerns about the integrity of the elections. ASUCR needs to ensure that 2018’s elections do not see a return of the party system and legal laptopping, encouraging a fair and transparent process.