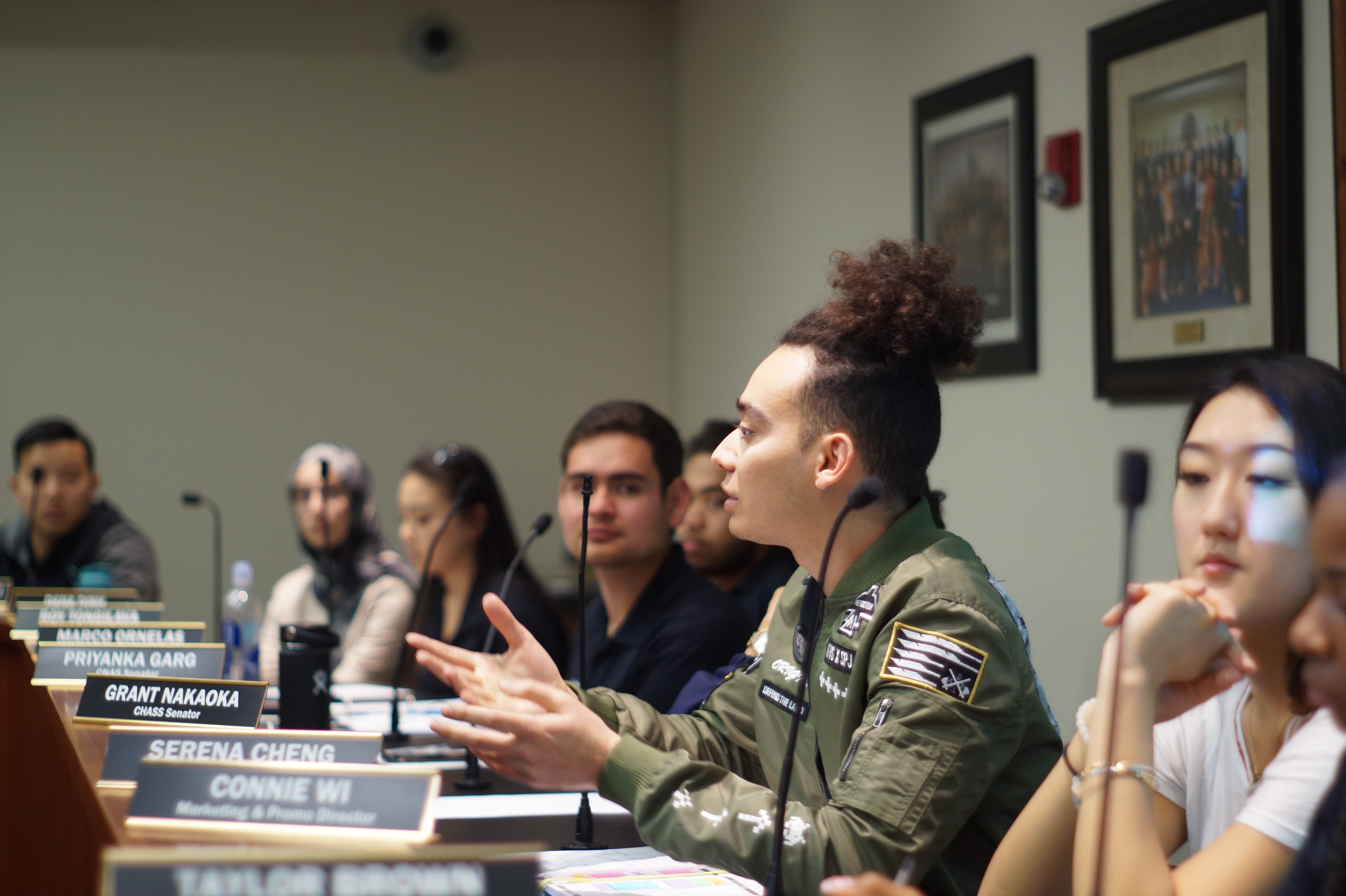 In tonight’s ASUCR meeting (6:30 p.m., HUB 221), senators will consider banning the controversial practice of laptopping from the 2018 elections.

Laptopping is generally defined as a candidate approaching a student and coercing them to vote on an insecure electronic device, usually provided by the candidate.

This meeting follows the senate’s decision last Wednesday, Jan. 17 to ban political parties from the 2018 elections with a vote of 4-3-9, allowing only independent candidates to run.

Elections Director Taylor Brown sat down with the Highlander on Tuesday to discuss her view of laptopping. “I think it (laptopping) should be banned … because it leads to so many problems,” Brown said, “There are cybersecurity threats, people complain about being harassed, and all the judicial (council) violations that come with it.”

Brown stated that banning parties will not make a difference if laptopping is not banned as well. “It’s hard to say because if parties did exist, they would go out with all their volunteers and solicit votes,” shared Brown. “But individual candidates can do the same thing, their team of volunteers and campaign managers, so I don’t think it will really make a difference.”

If the senate decides to keep laptopping in the 2018 elections, Brown said she would “facilitate that.” She explained that she would contact UCR’s Information Technology Services, allow voting from personal devices, create more regulation and inform candidates of what they can and cannot do when it comes to campaigning.

In the discussion on laptopping during the Jan. 17 meeting, senators in favor of keeping the practice raised that laptopping is necessary to maintain a reasonable voter turnout. Brown, however, does not see voter turnout threatened if laptopping is banned. “It’s a matter of making more events like that we have had in the past,” such as debates, creative use of social media and publicizing the candidates in a more effective way to mobilize students.

The bill the senate will vote on tonight outlaws both laptopping and online voting from a personal device, something CHASS Senator Grant Nakaoka says would jeopardize turnout and threaten the ability to pass referenda, which need a 20 percent minimum turnout rate to pass. In last year’s elections which allowed laptopping but banned parties, voter turnout just inched over that threshold at 21 percent. Tonight’s bill also, according to Brown, “adds in language that mandates the elections committee to establish no less than four physical polling stations which are to be set up for no less than 6 hours.”

Nakaoka sees laptopping as unnecessary and would not mind its prohibition. Nonetheless, he believes electronic voting is a major convenience for students that cannot be taken away. “Students need an option to vote online, that needs to be the case,” said Nakaoka. He cited the Referendum Student Advisory Committee (RSAC), which handles the finances brought in by the Highlander Empowerment Student Services Referendum (HESSR), a referendum set to be on the ballot this year. Nakaoka represents Asian Pacific Student Programs on the committee.

“We’re worried a little bit about hitting that voter turnout because we need that 20 percent or higher to get this referendum passed,” shared Nakaoka. “Without a doubt ban laptopping, (but) if we ban online voting, because that is what this bill would effectively do … it raises more problems than it puts down.”

Nakaoka, who also deemed the bill “effective … but too effective,” recommends a compromise of abolishing laptopping but keeping the online voting component. He also expressed having a pop-up window when a voter first logs in to vote asking if the student is voting on a trusted computer and if anyone is forcing them to vote. If the voter marks “No,” it would close the site and one could not vote at that time, he suggested. Nakaoka also proposed an email confirmation sent to the student where they will have a one-hour window to cancel or change their ballot.

In regards to Nakaoka’s expectations for the meeting, he hopes that his proposition of a compromise is taken seriously and that senators will favor that option. Brown says she is open to a compromise, stating, “As long as the compromise is brought forth in a timely manner, and doesn’t pose the same threats that laptopping did, I don’t see why we would turn down ideas from the senators.”