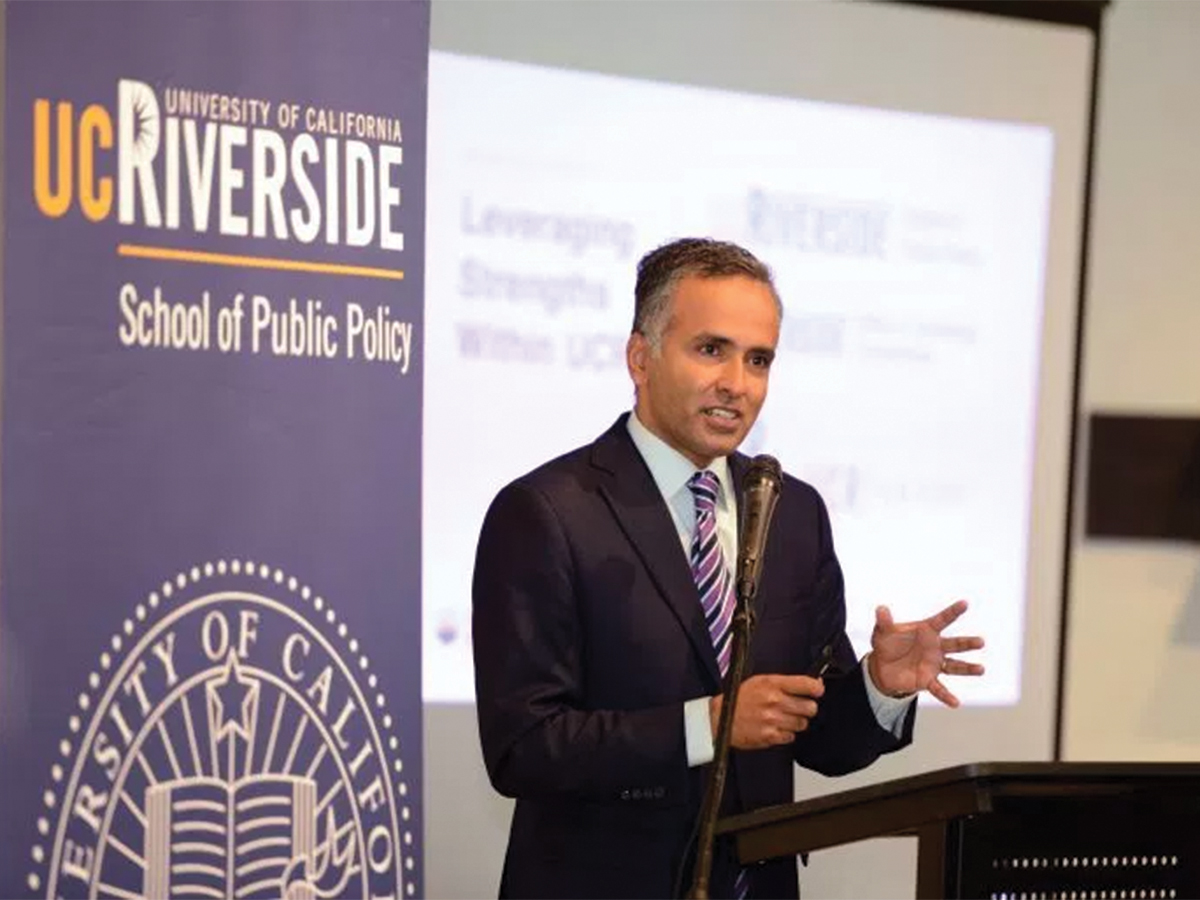 On Friday, Feb. 9, at the Riverside Art Museum, a launch event was held for the Center for Social Innovation, a research center that aims to highlight the potential of Inland California as a focal point for innovation and intends to spark investment in the area.

This research center intends to dispel the image of Inland California as an area of poverty and need. The Center for Social Innovation instead plans to accentuate Inland California’s potential for innovation through the initiation of investment in the area. Through the assembly of local researchers, community and nonprofit organizations and civic stakeholders, the center plans to facilitate investment in the area through collaborative research, policy innovation and a change of the narrative associated with Inland California.

The center is funded by the San Francisco-based James Irvine Foundation as well as the Weingart Foundation of Los Angeles and the Miami Wallace H. Coulter Foundation.

At Friday’s launch event, UCR Chancellor Kim A. Wilcox outlined UCR’s role in supporting Inland California’s innovation at a community level. Wilcox stated, “Innovation isn’t a thing that lives on a campus in Riverside … Our commitment has never been about any one entity, but the collective.”

The center comprises four UCR faculty-led research groups which focus on vital disciplines for Inland California. These groups include the Civic Engagement Group, the Economic Mobility Group, the Immigration Research Group and the Leadership and Entrepreneurship Group. The Civic Engagement Group will be co-directed by Francisco Pedraza, an assistant professor of public policy and political science at UCR, and Loren Collingwood, an assistant professor of political science at UCR. This group aims to bring scholarly and applied research expertise together in public opinion, political representation, voting and other forms of civic participation.

The Economic Mobility Group, directed by Ellen Reese, a professor of sociology at UCR, builds on the work of UCR’s Labor Studies program and its collaboration with worker centers and other organizations in the region. This research group will also focus on the creation of opportunities in for-profit and nonprofit sectors which promote economic mobility as well as inclusion. Cecilia Ayoon, an associate professor of public policy at UCR, will direct the Immigration Research Group which aims to make research and data on immigration and immigrant integration relevant to a variety of audiences, including scholars, journalists, community organizations, government officials and the general public.

Directed by Karthick Ramakrishnan, public policy and political science professor and associate dean at the School of Public Policy at UCR, the Leadership and Entrepreneurship Group will focus on new opportunities in order to boost nonprofit innovation in Inland California. The Leadership and Entrepreneurship Group will focus on key operations such as the coordination of regional policy summits, the creation of a nonprofit fellowship program, a nonprofit summer institute and a peer network and mentor network that encourage and sustain social innovation and nonprofit leadership.

During the launch event, Ramakrishnan stated, “The Inland area is the future of California — future jobs, future housing, future population growth … we’re highlighting the kinds of solutions that are happening at the local level in this region, with important implications not only for the rest of the state but for the country.”