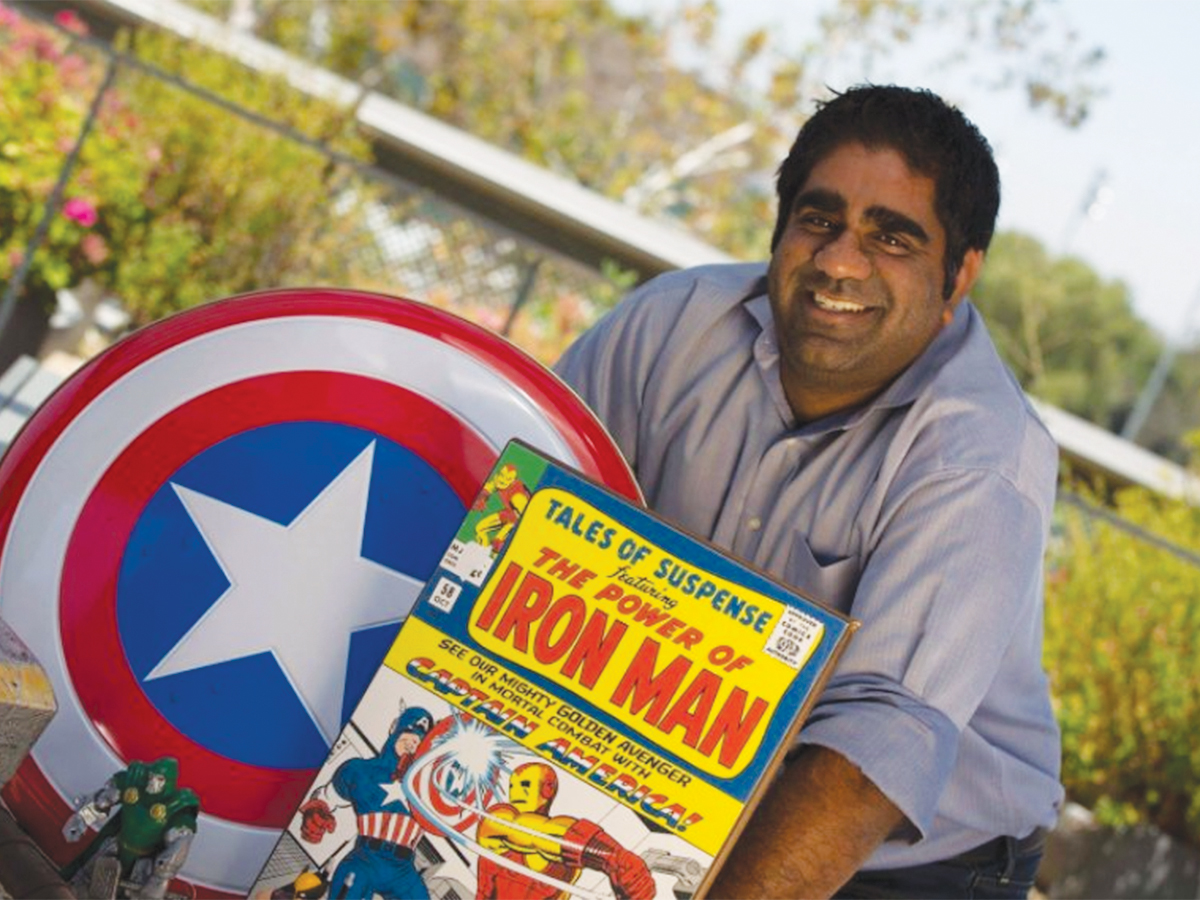 Marvel Studios’ latest film “Black Panther” has seen significant success since its release on Feb. 16, netting $292 million in its first week in North America. UCR Metallurgist and Assistant Professor Suveen Mathaudhu spoke with The Highlander about the science behind Black Panther’s armor. Vibranium is an imaginary metal that is present in Black Panther’s armor, as well as the equipment of many other Marvel superheroes, and is unique in its ability to both store and release energy.

While vibranium is a fictional substance, Mathaudhu explained its value in an interview with the Highlander. “I take inspiration from stories like these (“Black Panther”) and I use it as teaching material,” he shared. Mathaudhu also spoke about the different properties of metals that he works with in his lab and emphasized the property of damping. “Materials are all made up of different kinds of atoms and they have a property called damping. Damping tells you all about how much energy is absorbed by the material.”

He went on to explain that, for the optimal armor material, a higher damping material is required for the purpose of absorbing shock or projectiles such as bullets. To illustrate both of the qualities that vibranium has, Mathaudhu dropped small stainless steel balls onto both a titanium surface, which damps well and a liquidmetal surface, which is a metal that returns energy well. While the ball stopped bouncing nearly instantly on the titanium surface, it was able to bounce against the surface similarly to a rubber bouncing ball.

The advantage of vibranium is that it has the qualities of both these metals, so it has the ability to store energy from impact but also return it. “Vibranium is an imaginary metal that absorbs all energy, stores it, then releases it,” said Mathaudhu. “There are multiple scenes in the movie in which (Black Panther) is attacked and his suit absorbs energy and is able to release that energy back at whoever is attacking him.”

This is a fictional quality because, though real materials are able to absorb a significant amount of energy, it is unrealistic for a single material to be able to release energy as well. “Similarly to vibranium there are some batteries called supercapacitors that can take in and store energy then release it in large and small amounts.” Supercapacitors are advanced energy storage devices that are becoming increasingly relevant in the advancement of cell phones, electrical vehicles and other technologies.

Mathaudhu does consulting for Comic-Con and other entertainment businesses. He has also written a number of articles regarding the science behind superheroes, including the composition of Spiderman’s web and Magneto’s struggle to manipulate Iron Man’s armor. In our interview, Mathaudhu drew attention to the fact that many Marvel superheroes were scientists or engineers before becoming superheroes. “Sometimes we lose the fact that Spiderman was a chemistry student who was bit by a spider. Black Panther, while they do not say it in the movie, had his physics degree from Oxford,” said Mathaudhu. Other Marvel Comics heroes that were scientists included Bruce Banner (The Hulk), who was a physicist exposed to gamma radiation, and Tony Stark (Iron Man), a mechanical engineer who built his suit.

Mathaudhu attributed his interest in science and engineering to the comics, cartoons and television shows he grew up watching. He also noted that his father was an engineer and that helped spark his interest in STEM. “I think it is a chicken and an egg conversation because kids are influenced by the things they see and what they want to be,” said Mathaudhu, explaining that he is no exception to what is a recurring trend in the entertainment industry’s impact on children’s eventual career choices. Mathaudhu pointed to the fact that there are studies relating the release of the movie Jurassic Park and enrollment increases in paleontology programs as well as forensics from the release of CSI.

“I have talked to many people including Stan Lee himself, who largely wrote based off of what he had seen in his time. It is not like he was reading technical articles or going to universities,” added Mathaudhu, explaining, however, that Lee, the former editor-in-chief of Marvel comics and foundational comic book writer, was able to further clarify the scientific backing behind his stories. Lee explained to him that when the nuclear race was prominent, characters such as Spider Man and the Hulk premiered who were affected by radiation. The advent of the space race in the 1960s saw stories such as “Guardians of the Galaxy” and the “Fantastic Four,” involving characters who travel across the universe. “I would say that it was the general awareness of scientific discoveries at those times that were causing them to write these comics,” said Mathaudhu.

Some of Mathaudhu’s current research focuses on biomedical implant materials for adolescents that dissolve away as the children grow so they do not have to be removed. In addition, he works on advanced armor for soldiers and vehicles.