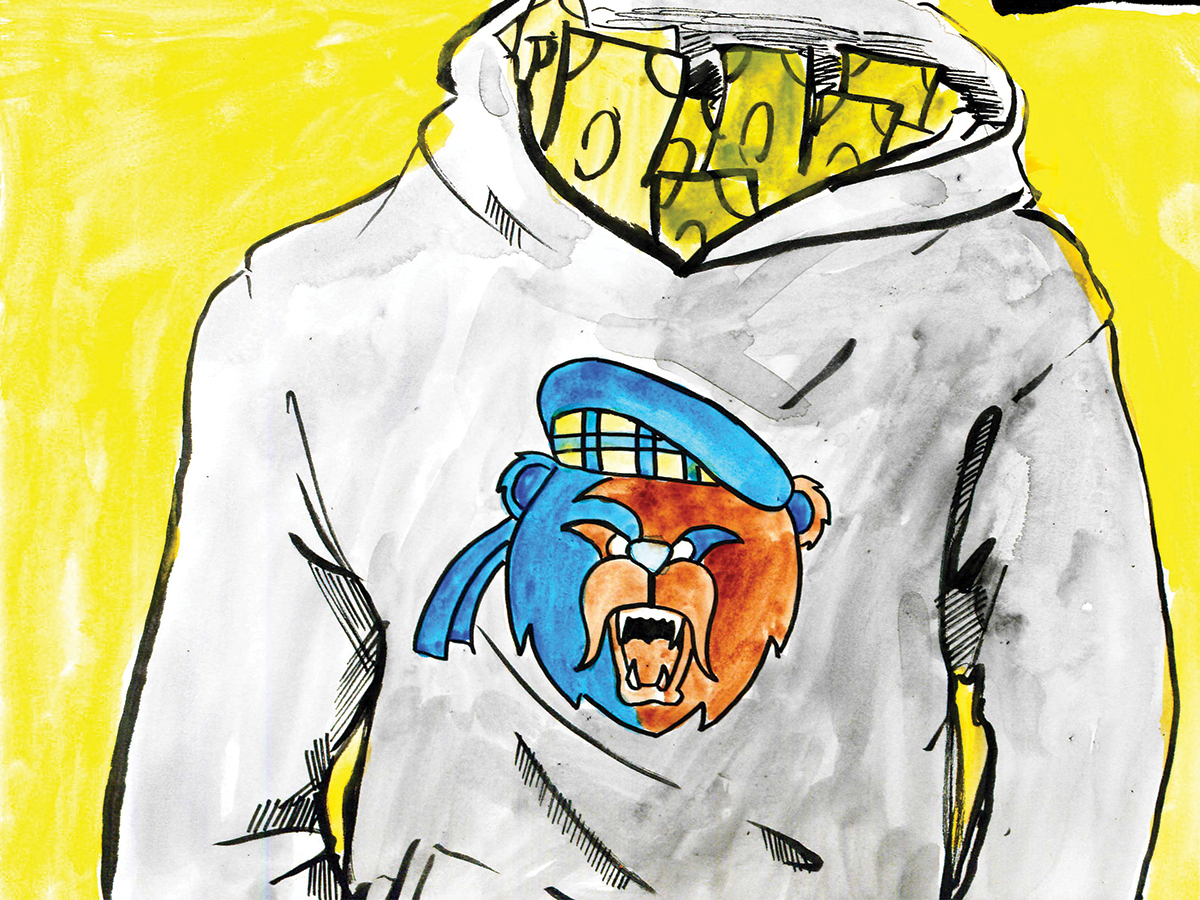 R’Gear, when it began in February of 2015, was penned as an initiative to raise school spirit by distributing supposedly “free” UCR sweatshirts and crewnecks (pre-paid for, naturally, by a portion of student fees), primarily to incoming freshmen. Though fostering a sense of community and pride in one’s university is an admirable goal, the R’Gear distributions seem more like an attempt to force it into existence — and creating a lasting atmosphere of school spirit requires far more than simply distributing sweatshirts on the student body’s dime. To commit tens of thousands of dollars yearly to a program that only churns out a few thousand sweatshirts is a serious waste that will only benefit a small few. This is especially troubling when considering that those funds could instead go to addressing more pertinent financial issues on campus, such as the costs of necessary supplies like textbooks, clickers or lab coats, or the issue of food insecurity.

Despite its seemingly well-meaning origins, R’Gear has always carried a high price tag — in 2015, the project cost $51,601.86, vastly exceeding then-ASUCR President Nafi Karim’s initial estimate of $43,800. ASUCR later attempted to rectify the discrepancy in October of 2015 by reducing the costs to $30,728.88. In 2016, however, ASUCR Vice President of Finance Shafi Karim tried to inflate R’Gear’s allocated funds back up to $51,000 on the grounds that they ran out of available sweatshirts under the tighter budget. During the distributions in early 2017, while Shafi was ASUCR President, the cost came out to $48,902.40, and provided a mere 6,100 sweatshirts for a population of about 20,000 undergraduates. For this year’s distributions, ASUCR voted during their meeting on Wednesday, Feb. 28 to allocate $35,000 to R’Gear, but this would only provide a little over 4,000 sweatshirts. This allocation was vetoed by current ASUCR President Aram Ayra, Executive Vice President Carisha Moore and Vice President of External Affairs Jonathan Li last Wednesday, March 7 on the grounds that it isn’t “in the best interest of students,” according to Ayra. However, the veto is currently being challenged in the judicial council by Vice President of Finance Jose Cortez-Hernandez.

On paper, R’Gear’s primary goal has always been to raise “school spirit,” but this is a poor justification for spending so much money on UCR apparel when not even all the students could feasibly get one of the very limited number of sweatshirts. First of all, though they are pricey, students are perfectly capable of buying their own at the campus bookstore if they choose. More importantly, whether someone feels “school spirit” is not only highly subjective, it’s much more complex than the R’Gear program assumes. You might temporarily put someone in a good mood by handing them a so-called “free” hoodie, but the novelty will eventually wear off, and if the “free” merchandise is the only thing that the student has to feel good about with regard to UCR, then they may still be left without the sense of community and belonging that is so integral to a university experience.

Genuine, lasting school spirit is absolutely valuable and worth trying to raise. However, it’s created as the result of a student feeling that their university is their home away from home. This can come about from attending events and games, building a circle of friends and acquaintances, joining clubs, interacting with students from other walks of life, creating memories, achieving well-earned academic success and seeing the university truly take care of those students who are in need. All of the aforementioned things bring students together far better than a “free” hoodie. If students don’t feel as if their university is one they can be proud of, or feel as if they have no connection to the campus culture, then a mere piece of merchandise isn’t going to magically change all of that.

A more productive use of the funds that would normally go to R’Gear this year would be to address financial burdens that students find most troubling. Take food insecurity, for example. UCR Today reported in June of 2017 that “UC surveys have found that 62 percent of UCR undergraduates reported being food insecure,” — a serious issue that the R’Pantry program attempts to alleviate. Rather than spending the $35,000 on sweatshirts, perhaps that money could go to helping R’Pantry provide for the students who depend on the program for food each week.

Alternatively, the money could be used to start programs that help students pay for textbooks, lab coats, clickers, access codes for online class materials, parking passes or any other number of necessary expenses that weigh heavily on students’ minds and wallets each quarter. These are more relevant to students’ educations than sweatshirts, and if students were able to afford them without having to stress about exorbitant costs, then perhaps they would feel a little more pride in the university that helped them when they were in need. These are, of course, just a few examples, as there are many ways this money could be better spent.

Rather than continue R’Gear, a wasteful program that could only feasibly serve a percentage of the campus, ASUCR ought to take the money that would go to it and use it in ways that will more tangibly help students who are struggling financially. School spirit can’t be forced into existence via the distribution of supposedly “free” sweatshirts, but it will arise if students feel that their alma mater is one in which they can take pride. This can be achieved if this money is instead used in a more sound matter that addresses the daily needs of the students, or if the student government were more responsive to students’ concerns — or if the money were simply not gouged from us in the first place.