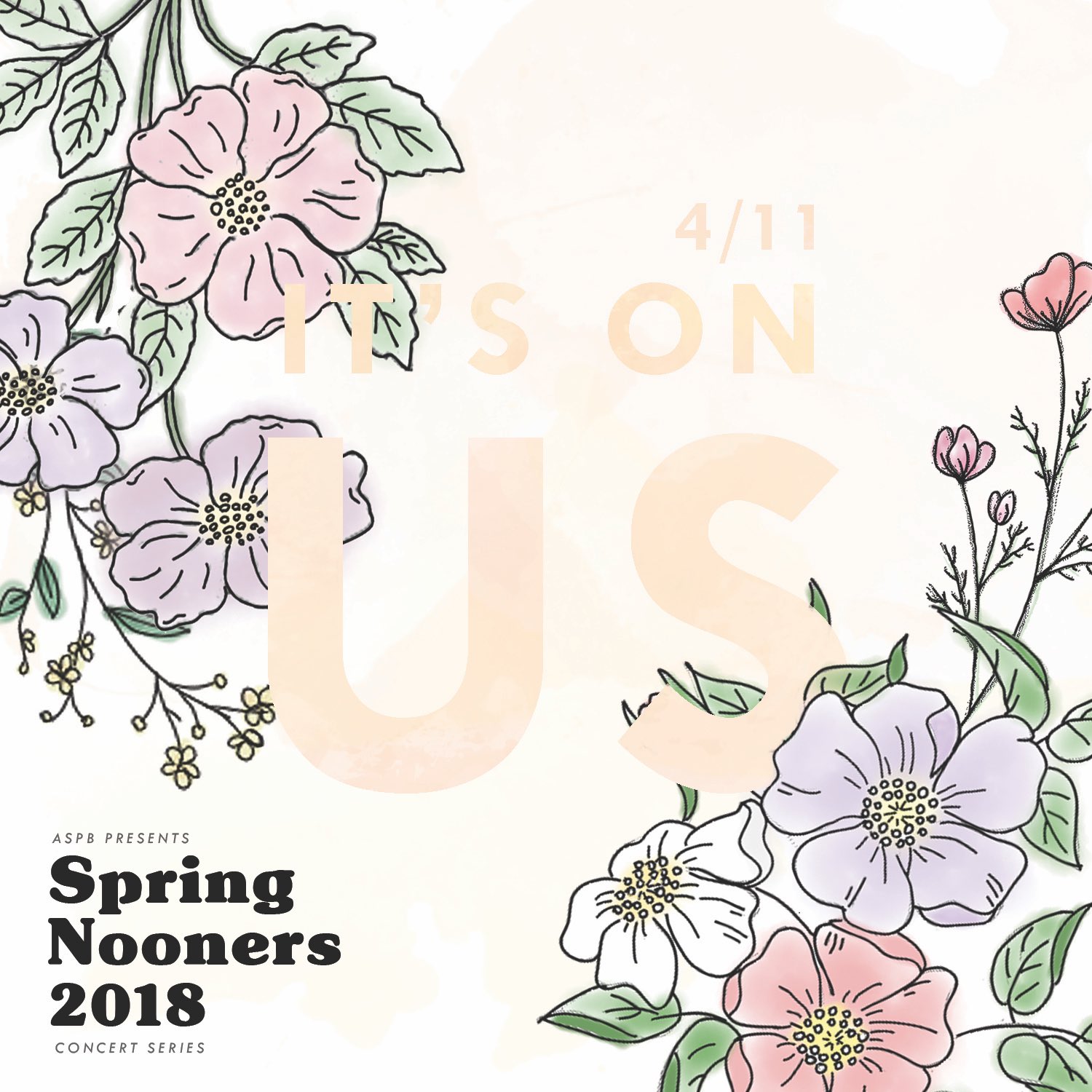 Throughout the month of April, the Campus Advocacy, Resources and Education (CARE) office has sponsored programs to promote Sexual Assault Awareness Month (SAAM). One of those events included last Wednesday’s ASPB co-sponsored “It’s On Us” Nooner, where the CARE office, along with other campus departments and organizations, hosted activities based around the message of healing, resilience and empowerment. The event featured artist Rage Logic as part of ASPB’s Spring Nooner series, a weekly live concert series hosted Wednesdays at 12 p.m. at the Bell Tower.

In partnership, the R’Garden held an activity next to the CARE table where people could decorate pots and then get a succulent, a plant that symbolizes empowerment. Originally, the activity was meant to be calm and relaxing, but people were so excited about the plants that the table was bustling with people throughout the event.

Evelyn Hurtado, a fifth-year sustainability and political science major and student intern at the R’Garden, explained the significance of succulents as representing resilience: “They can survive in harsh environments where a lot of different plants would die, so they have the ability to adapt and thrive. They thrive in harsh desert conditions. You really need to get to know them so you can take care of them. They’re very finicky. They don’t need a lot of water or too much attention. You need to give them their space and monitor their patterns.”

Among the organizations tabling was Brothers and Sisters Against Violence (BASAV) which made its campus debut at the nooner. Supported by the CARE office, BASAV is a collective effort between fraternities and sororities to prevent sexual violence. In BASAV’s activity, members of fraternities and sororities could write a personal commitment on a heart-shaped paper to put on a poster. Sororities like Alpha Chi Omega, Delta Chi and Sigma Kappa among others filled the hearts with the phrases, “I pledge to be a better sister,” and “I pledge to listen to my friends when they need help.” The two posters from the activity will be displayed in the CARE office to remind people to make the campus safe. “We just want people to feel a sort of commitment and that this is a moral obligation,” explained Nayaab Kazimi, a fourth-year business major and student coordinator for BASAV. “It’s not an option but a reminder of what we need to be doing everyday. It’s going to be nice for overall unity.”

Departments on campus also created activities to advocate for SAAM. The department of athletics had a big white canvas poster with “It’s On Us” written in blue paint in the middle. People were allowed to write their names around the poster to pledge they wouldn’t be a bystander. Their goal is to encourage as many people to sign the poster. “Even Chancellor Kim Wilcox signed it,” explains student athlete and fourth-year economics major Trenton Toplikar as he excitedly points to Wilcox’s signature. The poster will be put up at most games and events. “It’s an effort to keep people accountable,” says Camille Deadwiler, fourth-year business major and student athlete.

As an activity, The Well hosted a serenity rock activity where students could paint a rock and write an inspirational saying on it. Rocks decorated with polka dots had “hope” written on them. Teal-painted rocks with the word “Peace” and other rocks with “Trust Yourself” were among the many examples of rocks that were created. The activity promoted healing and was calming for the many students who took a seat to paint a rock.

The activity was a small microcosm for what the”It’s On Us” event had to offer, its quiet healing being a small step toward establishing collective resilience and empowerment behind survivors of sexual assault.