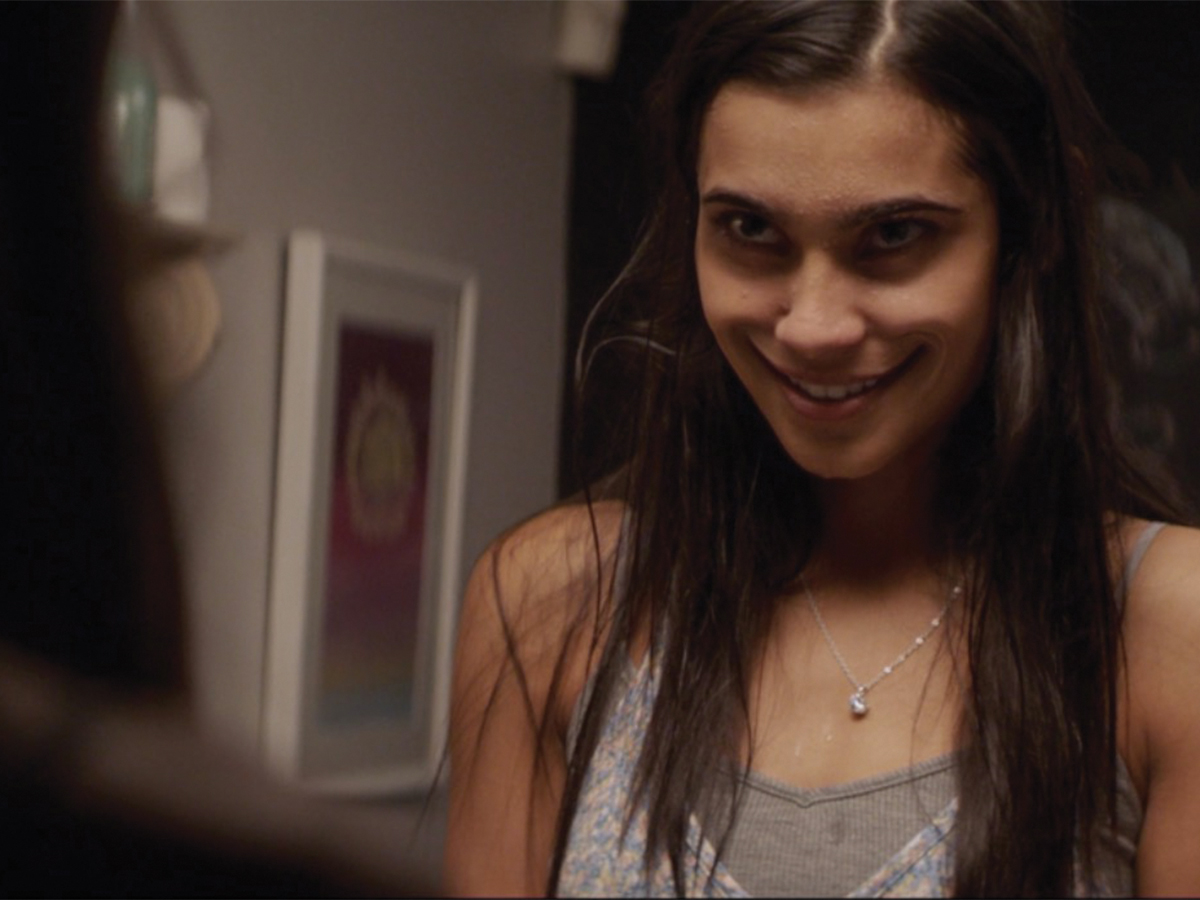 First of all, I apologize for the awful headline. But I mean well. “Truth or Dare” is bad. You know it, I know it, and if you’re taking time out of your life to read this, then you’re probably not foolish enough to waste your time and watch this movie.

In the past two years, Jason Blum’s Blumhouse Productions provided us with the hope that their bottom-feeding streak of garbage-tier horror flicks might be broken with films like “Hush,” “Split,” “Get Out” and (to a far, far lesser degree) “Happy Death Day” shifting their interests toward higher quality genre films. There have been exceptions to this rule, with “Whiplash” and “The Gift” suggesting their specialization in horror could lean toward more character-driven dramas, but they, like Michael Bay’s Platinum Dunes, have rarely promised to be anything more than low-budget, high-box office returning schlock factories. Old habits die hard, however, and Blum’s latest PG-13 shitshow turns the scandalous, teen-pleasing game of truth or dare on its rotten head — I would say “Exorcist” style but that would stain the legacy of a quality horror film.

I have been supernaturally obligated to summarize the plot of “Truth or Dare” lest I fail my obligations as a yearning film critic; I will do this to the best of my ability, but you don’t really care, do you? If Blumhouse is allowed to be as cynical as to push out a movie of this caliber, grant me the space to be a curmudgeonous snob, will ya?

Olivia (Lucy Hale of “Pretty Little Liars” fame, bless her heart for she will only look back with regret at her involvement) is a philanthropic college student who lives in a house with her best friend Markie (Violett Beane) and a few other buddies. When Markie, the bestie that she is, sabotages her plans of spending spring break building homes for the less fortunate and forces her to spend the week with their group of friends in Mexico, things take a turn for the worst when they play a deadly game of truth or dare with a stranger. The game is simple: Pick truth or pick dare, but pick neither and you die; two truths in a row forces the next player to pick dare. Think “It Follows” meets “Final Destination” but much, much more stupid and principally defined. In the hands of a seasoned B-movie maven, the simplistic conceit could have gone a variety of ways but, in the multiverse of film scripts, we were cursed with the worst one. Maybe for, like, 7-year olds, “Truth or Dare’”s obnoxious evil-grin that paints possessed character’s faces could come across as scary. Really though, it’s comically flaccid as character design — if it can even be called such.

Characters are one-note excuses for a body count, which this film’s PG-13 rating bars from realizing to its blood-soaked potential. The powers that be — which this film explains in painstakingly boring detail for far longer than it has any right to be — exploit these characters’ dimensionless traits to put our characters in sinister predicaments. Olivia is kind — a pushover, as one character notes — and has a crush on Markie’s boyfriend, Lucas (Tyler Posey). Lucas also has a crush on Olivia but is in love with Markie. Markie cheats on Lucas. Like, a lot. Like, literally behind his back as he’s sitting in front of her. Her father’s suicide also haunts her, and the film beats you down to a pulp in awful, hamfisted scenes of reminders.

Then there’s the supporting characters. Brad (Hayden Szeto) is gay, and his police officer father doesn’t know. Penelope (Sophie Ali) is an alcoholic. Penelope’s boyfriend, Tyson (Nolan Gerard Funk) slangs prescription meds to freshmen and is applying to med school. That’s all, folks. It doesn’t help that these 20-somethings (portrayed by 30-somethings) are despicably unempathetic and infuriatingly unlikeable.

When it comes around to their turn to pick truth or dare, the game preys on their vulnerabilities in ways that become increasingly more high-stake. As the film winds down, more of the main character’s personalities are revealed. By some stroke of miracle, it’s here that the predictability of the script is shaken and it beelines toward an ending that’s suspect at best. Shocking as it may be, it’s still formulaically trite and will leave little more than a raise of the eyebrows. The film could have ended with a CGI demon confrontation and it would change nothing to salvage this confusing implosion of cliches.

Verdict: “Truth or Dare” sucks. There was a time where “The Emoji Movie” was the acme of cynical, pandering Hollywood schlock, but “Truth or Dare” suggests we’re mere moments away from “Hokie Pokie (Gone Spooky)” flooring us in damning ideas.