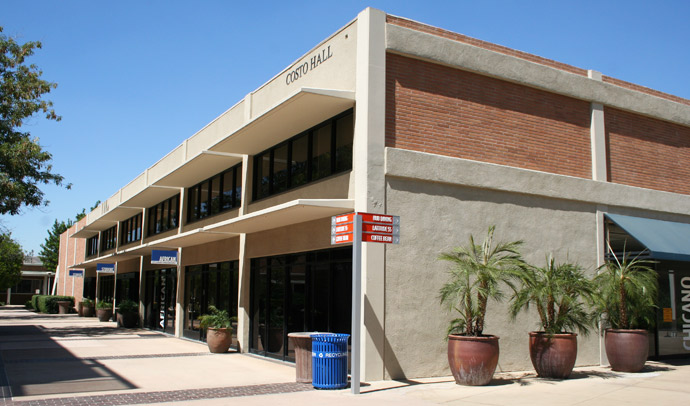 The Highlander Empowerment Student Services Referendum (HESSR), also known as the Highlander Empowerment Referendum, provides additional staff, services and resources through the Ethnic & Gender Programs at UCR. In Spring of 2015, UCR students voted for a Student Services Fee of $14.00 per quarter to aid the seven ethnic and gender programs in Costo Hall. Of that, $10.50 per quarter would be divided among the seven departments. The remainder is returned to students in the form of financial aid. $3.50 of the money will be put into financial aid each quarter.

The fee will be assessed to undergraduate students in fall, winter, spring and summer

quarters. 25 percent of the fee ($4.00 per quarter) will be returned to financial aid to help offset costs for students who are eligible for financial aid. The remaining $12.00 per quarter will be split evenly amongst all ethnic and gender programs and transferred to each program’s budget.

Approval of HESSR would provide increased co-programming with student organizations and student-led initiatives. This includes funding and advising, staffing to assist students in finding support and resources support for conference hosting and conference travel, support for Common Ground Collective projects and collaborative initiatives with the Diversity Council. Peer mentoring and education programs support more resources in each student program office, such as student computer support and educational materials.

HESSR funds directed to the seven ethnic and gender programs will be governed by the Referendum Student Advisory Committee (RSAC) which is made up of UCR undergraduate students. RSAC will be made up of 16 members to include eight UCR undergraduate students (with voting privileges) nominated by the director of each of the eight programs; eight staff members representing the eight programs (ex-officio non-voting); and one staff member (ex-officio non-voting) nominated by the chancellor or the chancellor’s designate to provide administrative support. RSAC will recommend to the chancellor or chancellor’s designate, for final approval, how the Highlander Empowerment Student Services Referendum funds will be utilized a portion of the funds going directly to the eight programs will be used to support and sustain the work of RSAC.

In an interview with The Highlander, Joaquin Malta, a second-year psychology major at UCR and Chairman of RSAC wrote, “These programs allow all students to explore their identity, become an ally, speak their truth and learn from meaningful experiences.” He believes that it is important for undergraduates to vote on HESSR and wrote, “UCR is known for its diversity. And the Highlander Empowerment Referendum empowers just that. As a Highlander that supports the prosperity of a multicultural campus, I believe voting is a great way to express that. Voting is every student’s chance to vocalize their opinions on matters that impact them. So, if a Highlander believes in what HESSR does, and will continue to do, then I ask that they go out and vote!”

The Assistant Dean of Students for the ethnic and gender programs at UCR Joe Virata told The Highlander, “The Highlander Empowerment referendum offers greater opportunity for developing programs and events that are rooted in UCR’s diversity, and it provides students with a great way of defining the type of campus climate they want to have.”

By bringing additional resources and staff to the ethnic and gender resource centers, Virata claimed that HESSR increases UCR’s ability to take advantage of the diversity of our student body and the experiences they represent.

“If HESSR funding is not extended past 2020, offices will lose professional staff,” stated Nancy Jean Tubbs, the director of the LGBTRC. She added that the HESSR is important because the LGBTRC, “counts on education and resources from Undocumented Student Programs (USP) to help students who are undocumented or who have family who are undocumented. Our campus really needs USP to help all Highlanders.” Tubbs claimed that HESSR funds over 80 percent of the LGBT Resource Center’s operating budget. It pays for student wages, conference delegation travel for students, supplies such as CyberCenter printing and programs such as Building Common Ground.

Wendy Guzme, a second-year psychology major at UCR, stated that “HESSR is especially important for the Undocumented Students Program. This referendum will allow us to fund scholarships and other necessities for undocumented students at UCR.”

In order for HESSR to pass, 20 percent of undergraduates must vote in order for the results to count. A majority of the votes cast must vote in favor of the issue. Voting will take place April 23-27 and the hours and location of polling sites will be 10 a.m.-3 p.m. and 5 p.m.-7 p.m. near Aberdeen-Inverness residence hall, Bear’s Den, Student Recreation Center and Rivera Library. Election results will be announced the first week of May at noon near the Bell Tower.